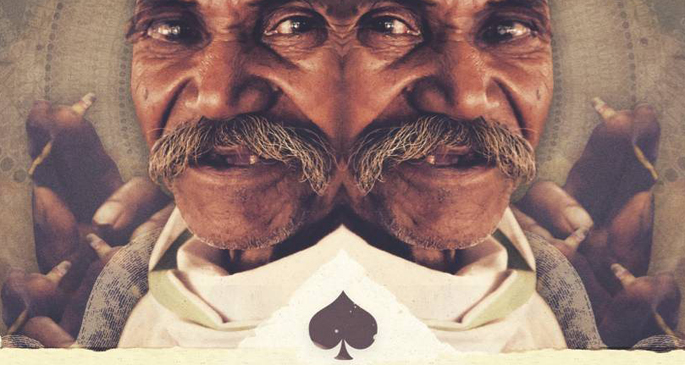 Just Jack is 8 years young, and it looks like they know how to celebrate in style.

With a headliner for each year (yep that’s a massive 8 headliners), the Bristol crew certainly know how to throw a party at this point, and the line-up is good enough to make grown men weep. Representing Detroit will be the legendary Moodymann and Omar S (who’s recent full-length today made the top 10 of FACT’s best albums of 2013), but that’s far from all, also appearing with be house revivalist Paul Woolford, bass innovator Midland, German powerhouses Gerd Janson and Roman Flügel, FMB boss Bicep, and most excitingly, Bez.

The former Happy Monday will be bringing his acid party to Just Jack, and to be honest we can’t think of anyone better to guide us through a world of debauched, deranged, drug-addled dance music.

The party will be taking place at Bristol’s Motion on February 1, but if you can’t wait that long Just Jack have teamed up with Futureboogie Recordings to usher in the New Year at Factory Studios. With musical duties handled by Move D, Felix Dickinson, Outboxx and Christophe, we should be in very good hands. 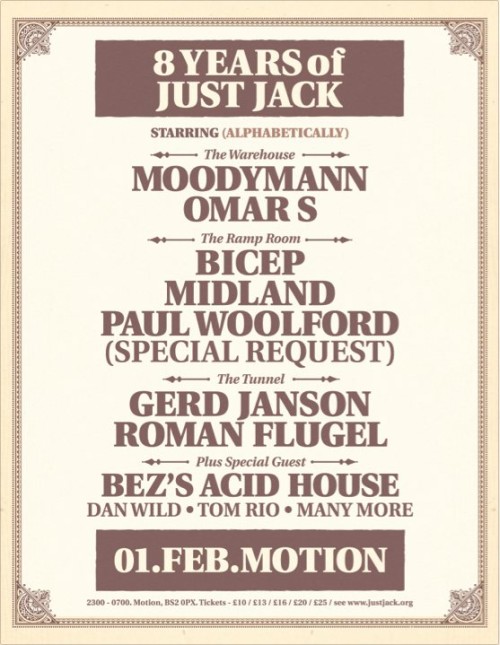