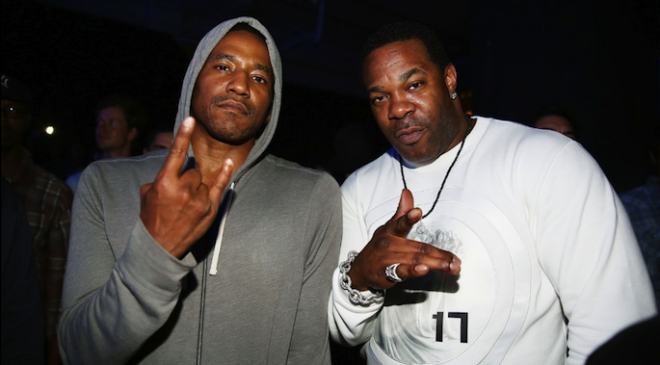 For the penultimate round-up of 2013, we’ve dug up rap tapes from a pair of New York legends, a couple West Coast upstarts, a Chicago trendsetter, and a Brooklyn #sadboy. DJ mixes run the gamut of grime, drone, underground R&B, and more. 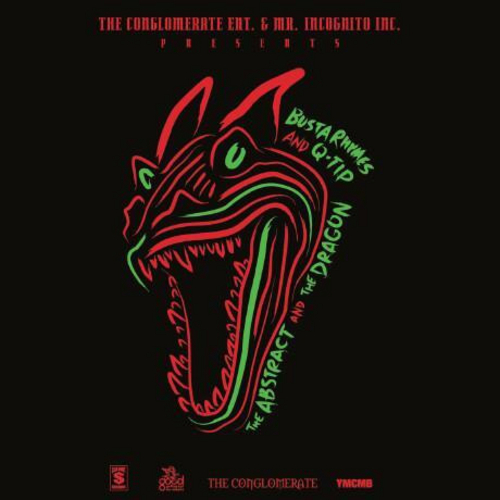 BUSTA RHYMES & Q-TIP
THE ABSTRACT AND THE DRAGON

Do we just expect too much from mixtapes these days? Sadly this might be the case, and as such The Abstract & The Dragon feels just a little bit underwhelming. After hearing sizzling collaborative singles ‘Thank You’ and ‘Butch and Sundance’ there was understandably plenty of hype surrounding Busta Rhymes and Q-Tip’s long awaited full-length collaboration. Sadly, the eventual tape isn’t what those two heavy-hitters led us to believe it might be. What we actually have is a 28-track celebration of the duo’s working partnership, a compilation of moments shared over their enduring friendship.

That’s not necessarily a bad thing; it’s nice to hear ‘Scenario’ twice yet again, and Busta’s verse on the remix of Q-Tip’s ‘Renaissance Rap’ has always been good, but it still really elicits a bit of a shrug. Getting to hear an additional verse on ‘Oh My God’ (Busta’s original contribution was only the hook) is a treat, undoubtedly (as it is for Busta, who exclaims “I always wanted to rhyme on this shit”) but dedicated backpackers may find themselves feeling a little cheated. Let’s just hope there’s a proper full-length collaboration on the way some time soon.

The early run of Nguzunguzu’s ‘Harp Bell’, Mumdance & Logos collab ‘Wut It Do’, and Dubbel Dutch’s ‘Inevitable’ highlights three of the year’s biggest tracks, and the Black Ops remix of ‘Cry Me A River’ is nostalgia twice-over. While he’s barely had more than a track on the Grime 2.0 compilation and one of the year’s best war dubs, the producer is one to keep tabs on in 2014. 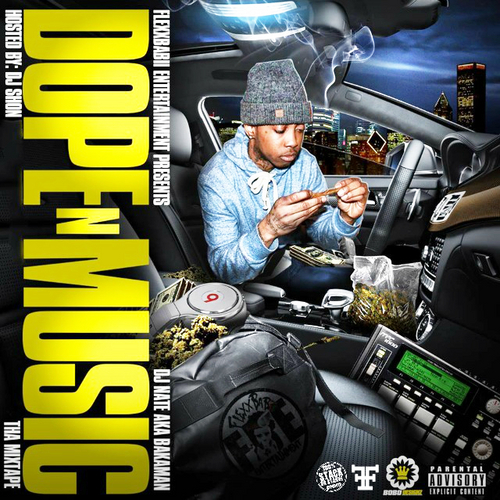 The former footwork prince continues his rap/R&B career with Dope N’ Music. It’s another dispatch from Chicago’s bop scene, which Nate helped originate with last summer’s ‘Gucci Goggles’. As expected from his recent endeavours, an AutoTuned DJ Nate unfurls party anthems over tinny synth orchestras, whether rapping about girls, cars, or partying. The simplistic lyrics are beside the point — Nate reels off hook after hook with ease.

The tape’s bop-heavy first half is highlighted by ‘Bend On Dat’ and ‘Forgiattoz’, a rim-tribute that recruits fellow bopper Breezy Montana. ‘Think I Fell In Love’ foreshadows the tape’s second half forays into muted-technicolor R&B, which includes the finger-snapped ‘Dis Yo Night’, timpani-crashing ‘First S1ght’, and gurgling ‘Talk 2 Me’. The backend might not have anything that approaches the brilliance of ‘So Attached’, but Nate-as-crooner is something we could see outlasting the bop craze. 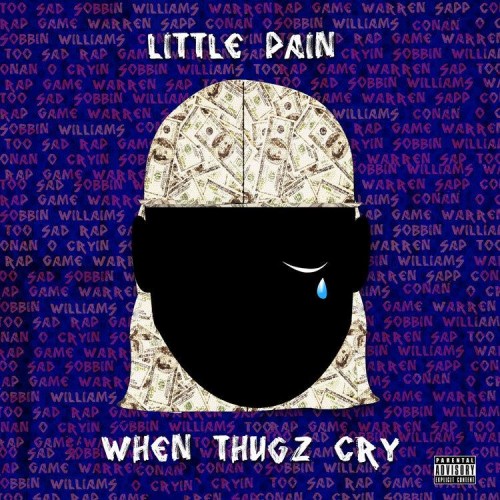 The jury might still be out over whether Little Pain is actually simply trolling the whole lot of us, but there’s no denying that debut mixtape When Thugz Cry is at the very least an enjoyably diverse set of tunes. Sure it’s spotted with huffs, puffs and lines like “I cut myself just to see the fuckin’ blood run” and “popped a tear I’m crying,” but there’s far more to Little Pain than the obligatory #sadboy tag. Like Yung Lean before him, Pain has surrounded himself with a capable brace of producers, from ascendant Baton Rouge reformer suicideyear to the antagonistic $LUDGEHAMMER, and it can’t be an accident that it sounds as good as it does.

Surprisingly, When Thugz Cry isn’t an entirely weepy affair – it’s punctuated with disconcertingly uptempo numbers, tracks that you’d more likely expect to find on a Dâm-Funk album than to emerge from the murky world of sad rap. ‘Got No Money’ somehow manages to fuse 90s Casio funk with cheap J-Pop and it’s as endearing as that description might suggest, while ‘Reggie Interlude’ is a warm nod to vintage electro. By the time sad boy kingpin Squadda B (of Main Attrakionz) appears on ‘Dark Clouds’ it’s hard to believe that Little Pain is anything less than sincere – for our sake let’s hope he doesn’t cheer up any time soon. 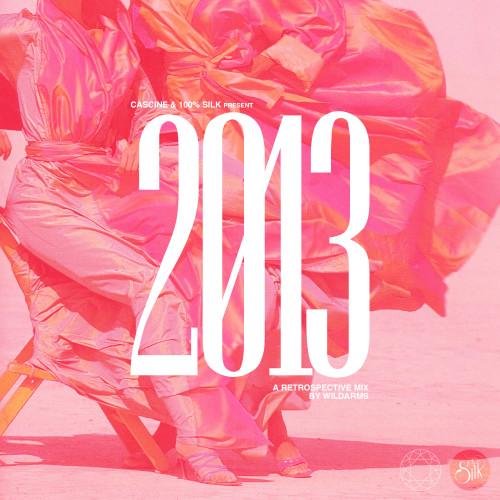 Mixed by Wildarms, this short jam manages to compile the last year’s highlights from LA’s 100% Silk and New York’s Cascine imprints. 100% Silk might cut its teeth issuing the kind of grubby house records that sound as if they’ve been discovered on a 3rd generation mixtape, so to hear their output sitting up against Cascine’s noticeably glossy selections is a revelation. It’s surprising then that the two labels slide together so effortlessly, and hearing the sizzling shimmer of Octo Octa, Paradise 100 and Beat Detectives alongside Jensen Sportag, Airbird and Fast Times feels sort of perfect to be honest. Lets hope both labels can offer us an equally heady 2014. 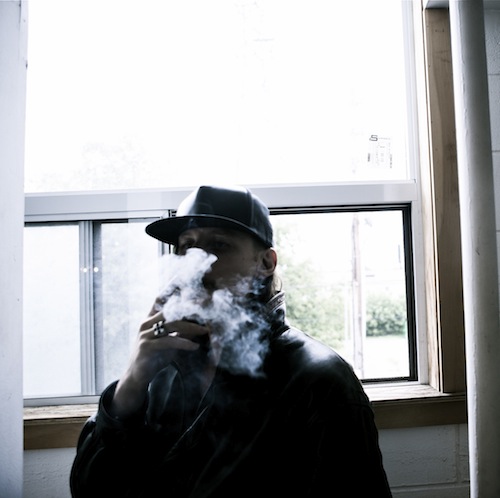 EGYPTRIXX
MUSIC TO… DRONE OUT TO

We heard rumblings about this one weeks ago, but it sounded too good to be true: Night Slugs iconoclast Egyptrixx behind the boards for a seven hour mix. The 400-minute set has finally surfaced, and it certainly stands alone. Music to… DRONE out to unfurls loads of textured ambience and certainly lives up to its name. Contemporary acts like Oneohtrix Point Never, Tim Hecker, and Locrian dot the tracklist, but the DJ has not forgotten the groundbreaking work of his elders, including veterans La Monte Young, Swans, and Maeror Tri. We haven’t listened to the entire thing, but we trust Egyptrixx to lead us down the rabbit hole. 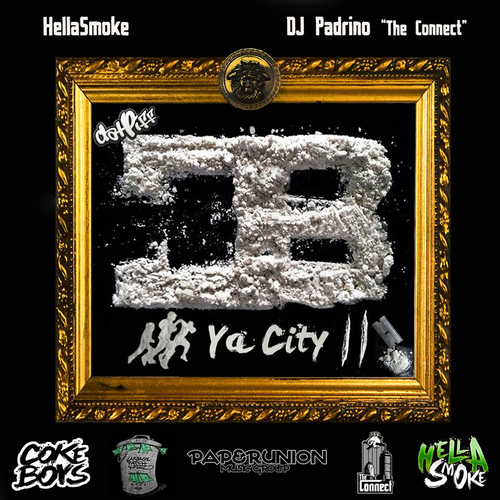 French Montana’s long-awaited debut album Excuse My French may have failed to excite pretty much anyone, but you can hardly deny that the Moroccan rapper has had a pretty exemplary year. The Coke Boy figurehead ended up pushing his profile into America’s mainstream, ending the year with an appearance on Miley Cyrus’s Bangerz, which is nothing to sniff at. On top of this, there’s been a solid stream of hits from the Coke Boyz camp (remember Chinx Drugz’ ‘I’m A Coke Boy’? Exactly), and Coke Boyz Run Ya City 2 is the loose collective’s attempt to highlight their progress.

We’ve heard plenty of these before; Lil Durk’s Chicago anthem ‘Dis Ain’t What You Want’ is included (albeit including the awkward extra bars from Rick Ross, French and Meek Mill), as is Chinx Drugs’ sensitive thug ballad ‘Feelings’, but there’s plenty more to grab your attention. These highlights are dropped into a scrapbook of freestyles (yep, ‘Pound Cake’ makes an obligatory appearance), street bangers and guest appearances and we end up with a surprisingly good selection of tunes. It’s actually a damn sight more rewarding to listen to than Excuse My French, which should probably tell you something. 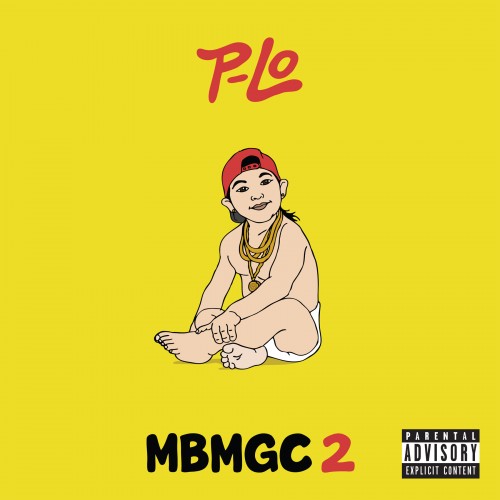 P-Lo is a member of Iamsu!’s ascendent Bay Area collective the HBK Gang, who have been churning out just-weird-enough ratchet music for the last couple of years. Producer/rapper P-Lo returns with his second volume of MBMGC (short for More Bitches More Gold Chains), and it’s a competent-if-unremarkable addition to the Heart Break Gang discography.

As a rapper, P-Lo offers the same type of low-key lines as Iamsu!, with a healthy-serving of Drake-like gloominess; ‘Money Up’ is reminiscent of Drake’s contributions to ‘No Lie’. The rest of HBK lends a hand, both behind the boards and on the mic: Iamsu! produces the whistle-while-you-twerk ‘Going To Work’ and turns up with Sage the Gemini on ‘Player for Life’. There’s plenty of function music here, with forays into G-funkish R&B on ‘Be Down’ and slowed champagne room jams on ‘Private’. We could do without the Ibiza trap of ‘Live It Up’, though. This type of music is best when fun, but not that type of fun. 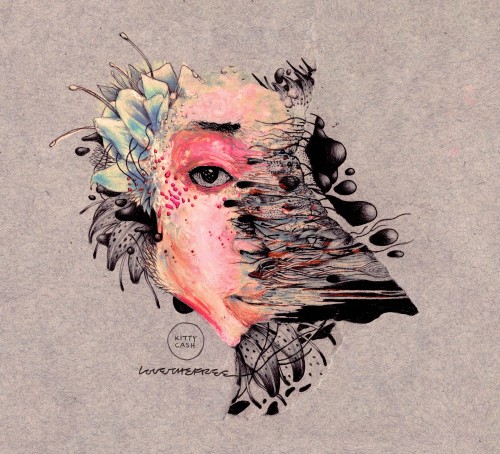 The DJ for Brooklyn multi-hyphenate Kilo Kish, Kitty Cash throws her hat into the tastemaker ring with her debut mixtape. Kish opens the tape with a reworking of Drake and The Weeknd’s ‘Crew Love’, which should give you some idea of what follows: a collection of woozy, left-of-center electronic-R&B hybrids from buzzy underground dwellers. Like Solange’s Saint Heron compilation before it, it’s an interesting look into a vibrant and varied scene.

Highlights come from the usual suspects: there’s a new Kelela track (produced by beat scene vet / FACT mixer Gifted & Blessed), while Sampha teams with Chicago’s Jean Deaux for the propulsive ‘Find You’ and Chicago polymath The GTW continues to shine, showing off his falsetto on the So So Def-nodding ‘Bleach Pool’. The tape shows off promising newcomers and allows some to step out of their comfort zone; ‘U.O.E.N.O’ producer Childish Major makes his singing debut on the spacey ‘Vietnam’ (it works in context). 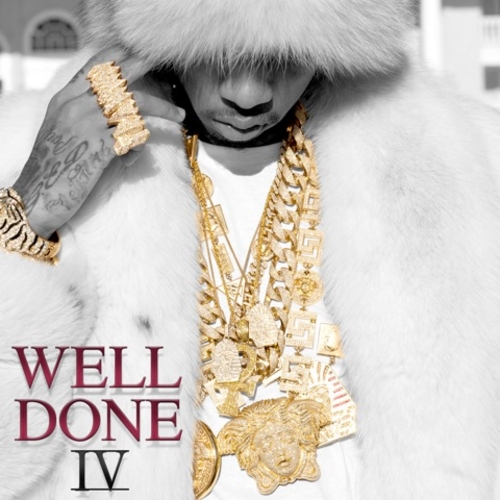 It’s the end of the year, and as expected the quality of releases does begin to peter out somewhat. Tyga’s Well Done IV isn’t an awful tape by any means; it just feels a little surplus to requirement. One could wonder what anyone in the known universe could want with yet another ‘Versace’ freestyle, but Tyga doesn’t seem to care, and naming it twice (‘Versace Versace’) doesn’t alleviate the track’s pointlessness.

Elsewhere, references to Heath Ledger and Stanley Kubrick don’t do much to elevate the record’s relevance, and as the rapper proves he’s nowhere near as capable as Pusha T with his brief spit over ‘Numbers on the Boards’, it might be hard to muscle up the courage to carry on, but it’s not all bad news. ‘Bang Out’ and ‘Wake Up In It’ are respectable enough ratchet rattlers, and while they might not live up to the promise of ‘Rack City’ (little does) they do at least make the tape at least worthy of a couple of listens.