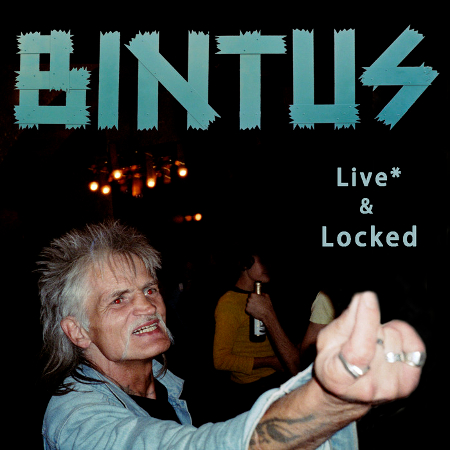 It’s funny how trends come around. I mean, if, two years ago, you’d declared that EDMX’s slow-mo gabber meltdown ‘Cerberus’ would come to be considered the highlight of a set by ultra-cool DJ Objekt at the zeitgeist-friendly Dimensions festival, you would probably have been laughed out of town. Equally, anybody who caught an MPIA3 set this year might have been struck by the similarities between this feted artist and the sort of gurning squat-techno that has persisted in the crusty enclaves of the UK and Europe, indifferent to critical attention of any sort, for some two decades. Which is not to discredit what these artists are doing – MPIA3 is great, ‘Cerberus’ is exceptional, and I’d wager that neither artist gives much of a shit about what is (perceived to be) cool. Still, somewhere along the line, the “anti-trend” that these producers implicitly represent has become, itself, an emblem of our times. I’m just saying it’s funny, is all.

‘Cerberus’ was released on Power Vacuum, the label launched by Chrome Hoof founder-member Milo Smee in 2012. EDMX, aka the Rephlex-signed DMX Krew, has been plying his acid-techno trade to patchy acclaim since the mid 90s; his presence on the label is testament to the fact that, while there could hardly be a better time to start releasing this sort of playfully boshing rave musik, Smee is far from a bandwagon jumper. In fact, his own discography dates back almost as far, taking in releases on Dissident as Kruton and Binary Chaffinch, though his output on Power Vacuum, under the name Bintus, is his strongest in some time.

It’s Smee who signals a return to form for the label after a slightly lacklustre 2013. Live* & Locked is the debut Bintus LP, seven live hardware jams that have been edited down (hence the asterisk) and squeezed onto a single 34-minute 12”. This brevity is tactical – a means of getting as loud a cut as possible – and, as the press material explains, each track segues neatly into a locked groove for maximum “value to the DJ”. The forced concision is good for Smee – his tracks work best as fleeting sucker-punches rather than protracted live-jams (as his overlong Invincible Scum collaboration with Andy Blake proved). It also seems to spark his imagination: these are easily the weirdest, most inventive Bintus productions to date.

Not just weird, in fact, but multifariously weird. ‘Toyota Henge’ has a sort of sickly astral quality to it, as if it’s all set to launch into space if it could just break through this thick membrane of stratospheric mucous. ‘Paracelcus Beat 2’, meanwhile, is more of a dank roller – a Dopplereffekt DAT absent-mindedly left in a sewer, perhaps. ‘Cylinder-Bop’ and ‘Giza Plateaux’ are the bangers, the former pushing the swampy dystopianism of 2012’s ‘Point Counter Point’ to new extremes, the latter gunning for the slick pan-pipe samples for some bizarre reason.

There are a couple of less deranged, though equally solid, moments: the egregiously funkless ‘Stellar Drain’, and ‘Des l’ambiance’, whose chirruping synth textures settle into their locked groove after a scant two minutes. There’s a total outlier too: ‘Basket Case’, whose opening half could be an amateur third-hand re-imagining of an Omar Souleyman gig. Live* & Locked is a joy and, on the right dancefloor, probably a fucking terror too. It’s also a reproach: under this sort of assault, the notion of what is or is not “on-trend” dissolves like shit powdery pills in a clammy palm.