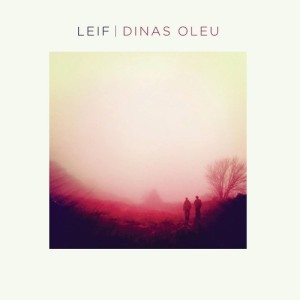 Available on: Fear of Flying

House music doesn’t traditionally lend itself to evocations of nature, but Leif Knowles’ Dinas Oleu is packed with them. From beatless opener ‘Through Noise Pt 1’ onwards we’re ushered into a gorgeous landscape rich with synthetic flora, where synths bustle and burble like critters in the undergrowth, and chord fronds hang low in the humid air. It’s a far cry from the landscape referenced in its title, a National Trust-protected hill near Barmouth, the picturesque Welsh seaside town in which Knowles grew up. Or, indeed, the damp North Wales forests in which he earned his house music stripes, as part of the free party scene which would go on to spawn the invite-only Freerotation festival.

Knowles has been a close affiliate of Freerotation’s founders, Steevio and Suzybee, for at least a decade now; he made his production debut on their Mindtours label back in 2003. Since then he has released a steady stream of 12”s on labels like his own Trimsound and, latterly, Fear Of Flying, exhibiting a lovingly wrought deep house sound which has become increasingly luscious. But, for whatever reason, the now London-based Knowles hasn’t bothered making an album until now.

Perhaps he was wise to wait. Not a sonic hair is out of place on Dinas Oleu, an album which, whatever you think of its stylistic choices, feels utterly assured in making them. Knowles’ favourite mode is one of luxurious repose, as demonstrated in the gorgeous, loping ‘Belief & Experience’, or ‘Age Of Aquarius’, with its wonderfully rich synth clusters. But he tackles more upbeat things too, in ‘Flight Master’ (though it would perhaps be a little punchier without that misting of reverb Knowles loves so much), and downtempo, in New Age deep-dive ‘Stutter & Hum’.

As with recent single ‘Every Cloud’, the spectre of Floating Points occasionally, er, floats into view – particularly in the artful rhodes’n’reverb of ‘Fortune’. And just like his Eglo counterpart, the main risk Knowles runs by taking such a silk-smooth approach to house is that of tipping over into coffee table platitudes. There are a couple of missteps: ‘Koku’‘s vocal doesn’t quite sit right, and the title track samples Knowles’ musician father playing the celtic harp – a touching sentiment but one which, taken alongside the guitar harmonics and tasteful congas, comes across a bit millennial-chillout. Still, we’re not saying Knowles ought to make things darker: his one attempt at doing that, in closer ‘Through Noise Pt 2’, doesn’t feel all that convincing. What he does best is slick, blissful contentment – and, for the most part, he does it very well indeed.