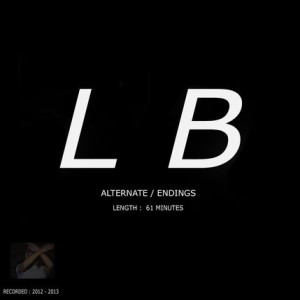 And so the drum ‘n’ bass revival continues apace, with producers from the worlds of techno, grime and hip-hop unable to resist its hardcore lure. Latest is Lee Bannon, known to most as Joey Bada$$’s producer. Deviating from his hip-hop background for his debut LP Alternate/Endings, Bannon has produced one of the most intriguing records of the 160bpm resurgence yet. Rather than simply incorporating jungle and drum ‘n’ bass’ tropes into pumping tracks geared solely to the dancefloor, or indulging in nostalgia for a near-mythic era of rave by swathing everything in reverb mist, he channels them into volatile tracks where dread, eeriness and fizzing energy coexist.

The opener ‘Resorectah’ sets out the themes implied by Alternate/Endings’ title. It’s a mélange of dizzying drum sections with ragga vocals pitched all over the place, a melody outlined in the gentlest of synth timbres and a pure dread bassline. The track slows and seems to melt, dripping bits of found sounds, before closing with a segment of conversation that perhaps makes the album’s dialogue between mortality and infinity a little too explicit. Tracks like ‘Cold/Melt’ perform about-turns, or taper off unexpectedly throughout, reinforcing the uncertainty of the end.

Bannon’s command of melody, composition and dynamic range sets this album quite apart from the majority of records that figure in this current resurgence. Tempo notwithstanding, many of these are barely club tracks, weighed down by the atmospheres they invoke. ‘216’ is a case in point. It opens with a piano figure that’s equal parts ecstasy and gloom, glides through bars of intense drumming into pockets of foggy quiet, and lands on a whirl of breakbeats dotted with chilling vocal samples and field recordings.

For such upfront, dense music, it can be remarkably subtle, too, with nearly impalpable shifts in dynamic range and drums that are always crisp and discrete, even when Bannon builds them into thick, whirling impastos on ‘Eternal/Attack’ and ‘NW/WB’. Even considering the quality of his mixdowns, sometimes Bannon’s heady wealth of sonic material is simply too much. ‘Cold/Melt’ is overly volatile, skirting between pummelling bursts of hardcore drums and a heavily funky bassline with synth squeals, a pearly Aphex-like melody, vocals and knots of samples, but never settling on anything for long enough to really draw you in.

Still, it mostly works, as Alternate/Endings is packed with hooks and Bannon never loses sight of the funk that gives both drum ‘n’ bass and hip-hop so much of their vital strength. Much of it comes from the basslines, which were drawn from parts played by The Mars Volta’s bassist. At first that seems an odd choice, but it’s one that makes sense when you consider the vast, spiralling dystopias that Bannon conjures. A thick ribbon of low-end funk courses through songs like ‘NW/WB’, both anchoring its frenetic drums of and imparting its own swaggering momentum.

There are precedents to a good deal of what Bannon is doing here, from the pitchbent vocals to the tension between breakbeats and high-drama melodies that have been common currency since ‘The Angels Fell’. But he doesn’t just draw on a number of sources for inspiration; he enfolds them into his own inimitable style. Alternate/Endings is as bleak as it is imaginative, a drum ‘n’ bass opus from a producer who hasn’t quite turned his back on hip-hop. It’s exceptional but, given Bannon’s evident restlessness and knack for reinvigorating his vast range of influences, I’ll be surprised if his next album sounds anything like it.