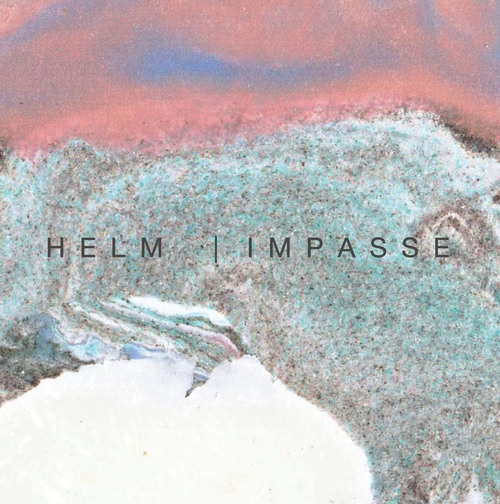 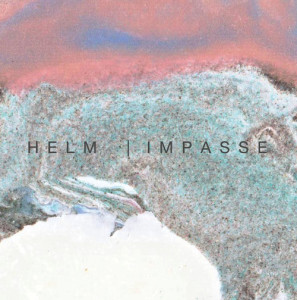 As Helm, Luke Younger has always been quite prolific, but has gained increasing attention over the last two years for the electroacoustic brutalism he’s published through PAN, Kye and his own label Alter. But back in 2008, after a tour as one half of Birds Of Delay (his long-running collaboration with Heatsick’s Steven Warwick), a solo, 80-copy CD-R for Low Point titled Impasse showcased a surprisingly brighter side to his style.

Now, five years later, Matthew Mondanile (a.k.a. Ducktails) has stepped in to slot this release neatly into the catalogue of his own label New Images, remastering the record’s original two tracks and adding two more archived, previously unreleased works. And, with no slight intended to Low Point, it’s an inspired move. Home to artists diving through dreamy scenes, such as Mark McGuire, Tomutonttu, Madalyn Merkey (whose Scent EP is simply essential) and others, New Images is a fitting place to display jubilant colours.

Impasse is built of these. The voices are harsh, but soft at the edges, like sun bleached images or glare on digital video. It’s leading, titular track ‘Impasse’ – missing from the original release – is three minutes of quickly revolving synth brass fanfare, static waves and intermittent piercing harmonies; the winning moment of a Japanese game show spun out into infinity, or a farcical technical issue with a corporate training laserdisc.

‘Imperium’, Impasse’s other new track, is a pulse-driven drone piece, something like a tape-slowed version of Steve Reich. With brief strokes similar to high organ, harmonium and bowed metal objects, its pulse progresses over 11 minutes with parts constantly emerging from behind each other, expanding and blurring through size and frequency range. ‘Glazing Over Autumn Pastoral’ finishes the record with a cosmic swirl of Burning Star Core synths. A dense, slow-motion tumbling through almost anachronistic ecstasy, all parts are spread across a several-octave-spanning major chord, loops of proggy rising gestures and calm, low register melodies only adding to its epic, psychedelic reverie.

At 35 minutes, Impasse is an endearingly short work of abrasive euphoria, its straining, brittle tones and swathes of thick colour making for a characterful sidestep by Helm. I urge you to start your year with this gnarly reverie.