Unboxing the 808: should we be excited about its return? 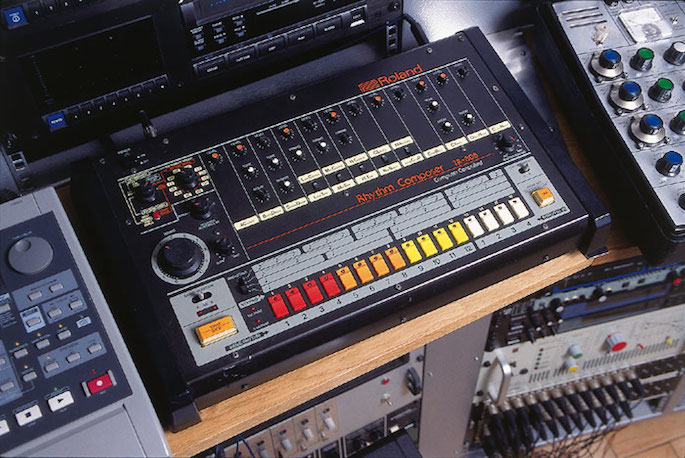 Unless you’ve been living under a rock this week, you’ll have witnessed the nerdier corners of the web aflutter at the news that Roland is launching the “Aira TR08,” a product indebted to the TR-808 drum machine.

Aside from a YouTube teaser — which features Roland engineers poking and prodding a jealousy-inducing room full of mint TR-808s — a full announcement has yet to be made. On second hand sites, the machines tend to retail upwards of £2400, suggesting that they are more in-demand than ever and that analog synth aficionados have been praying for a moment like this one for many years. But will reality match up with the feverish expectations? Time to take a look at the 808: the history of the machine, how it came to prominence, the hits that defined it, and whether the prospect of a true reissue is at all likely.

In historical terms, the release of the original TR-808 in 1980 was a footnote in an otherwise unremarkable year for Roland. The tail-end of the ’70s had provided a wealth of new innovations from Ikutaro Kakehashi’s design team. Their behemoth modular synth, the Roland System 100, had baffled and dazzled those who could find enough money and space in their house for it, whilst the glorious effects of the VP300 Vocoder Plus had paved the way for the “singing robot” and new forms of futuristic, funky music. 1980, however, was mostly spent on developing guitar synthesiser products, none of which burn brightly on the history pages in contrast to this diminutive drum machine, with its iconic design: grey and black panels, adorned with a row of brightly coloured buttons, looking rather like it had been strapped to Darth Vader’s costume in Star Wars in a previous life.

A review in Keyboard Magazine famously pronounced that the hi-hats sounded like “marching anteaters.”

In commercial terms, sadly, the Empire failed to strike, and not even Yoda could have levitated the sales figures. 12,000 units were shipped worldwide before the machine was pulled from production lines, seemingly outgunned by the Rebel Forces of Roger Linn and his pioneering LM1 Linn drum machine. How had Roland lost out to a rival machine that cost five times the price? For one, the LM1 was built like a tank, and contained Roger Linn’s great gift to the world, a feature that later became the selling point of his MPC sampler: a “shuffle” mode, which provided swing quantisation, a “human feeling” to the groove. Today, every bit of software on earth has a “swing” mode, but back in the heady days of 1980 — when drum machines often sounded out of place in a live band context because of their robotic timing — this was a real draw.

There was also the sound: the LM1 featured sounds recorded on real drum kits by real drummers, whilst the booming, hissing tones of the TR-808 sounded alien, baffling, and unusable to many (A review in Keyboard Magazine at the time famously pronounced that the hi-hats sounded like “marching anteaters.”) In the wake of the TR-808, Roland pressed on unflinchingly with the concept of cut down, low cost designs in a similar vein. A year later, the TR-606 Drumatix and acid-tinged TB-303 Bassline were born; both eventually became legendary machines in their own right, and both owe an enormous debt to the TR-808’s transistor-based architecture. Then, in 1982, a record came out that changed the 808’s fortunes — and music history — for good: ‘Planet Rock’ by Afrika Bambaataa and the Soul Sonic Force.

Few records come close to the futurism that ‘Planet Rock’ channels from the 808 drum machine: the distinctive boom of the kick drum, overlaid with Kraftwerk’s trans-European melody lines played on a Roland Jupiter 8, instantly captured the imagination of a generation. The success of ‘Planet Rock’ sheds plenty of insight on the machine’s nature; what were initially perceived as weaknesses were actually strengths. That huge bottom end and the shimmering, crispy hi hats heralded a new sonic aesthetic. When played unaccompanied, the 808 fills the bottom and top end of the frequency spectrum perfectly, leaving the scooped out middle frequencies entirely free to be filled with voice and melody, characteristics that would aid and abet the efforts of rappers, soul singers and (later) dance musicians.

Released the same year as ‘Planet Rock’ was Marvin Gaye’s ubiquitous baby-making bedroom jam ‘Sexual Healing’. It is interesting to note the contrasting way the machine is used on the record as compared to ‘Planet Rock’. The jaunty triplet feel, the little twitches to the clave patterns: when sensitively programmed in this way, the 808 manages to become sign and signifier for sexy time, proving that it can easily complement other sounds without overpowering them. Just as ‘Planet Rock’ became the benchmark and inspiration for the 808 sound in electro funk, ‘Sexual Healing’ inspired an alternative lineage of soft and sensual 808 r’n’b, soul and pop, a tangent that extends through tracks like Midnight Star’s ‘Curious’ and Phil Collins’ ‘One More Night’ all the way to the likes of Jeremih’s bonk-busting ‘Birthday Sex’.

As the Roland engineers state in the teaser for the Aira, these types of contrasting uses surprised the design team; ultimately, the TR-808 proved to be more of a lead instrument than anyone had intended. The machine takes centre stage on numerous hip hop and electro hits, on records like Newcleus’ ‘Jam On Revenge (The Wikki Wikki Song) ‘, Cybotron’s ‘Clear’, and The Beastie Boys’ Licensed To Ill, where the deep resonance of the kick contrasts brilliantly with the high-pitched, howling raps of Mike D and his cohorts. 2 Live Crew’s 1989 album As Nasty As They Wanna Be laid the foundations for its continued use in Southern rap, a lineage that extends from Luke Skyywalker, Magic Mike and the birth of Miami bass, through to Lil Jon and, more recently, Lex Luger and the so-called “trap” sound.

The 808 became less dominant in New York hip hop, as the ’90s saw dirtier, sampled drums replace drum machines altogether, making the 808 increasingly associated with the sound of the South. On the West Coast, where hip hop was more focussed on rattling car trunks than communing for a street corner cipher, it proved popular with Dr. Dre and DJ Quik, and built a career for Los Angeles superfreak Egyptian Lover, who continues to perform with an 808 as his sole accompaniment. These days, you’d be hard pressed to find a hot rap record from any part of the States that doesn’t involve an TR-808 in some way.

The 808 has an alternative history in the hardcore continuum, too. LTJ Bukem was one of the first jungle producers to layer an 808 kick drum under an Amen break in his productions (with ‘A Couple Of Beats’), an approach which was widely adopted in the scene. Producers such as Dillinja were known to sample LTJ’s Amen-808 break rather than stitching their own version together; the bottom end that the overlay added to the Amen break gave it a distinct edge. The other common production trick with the 808 kick in jungle was to sample and re-pitch the sound to create a sub-bassline, which is still done frequently in tracks by artists like Pearson Sound. The pure sine wave of the kick can create a speaker-rattling tone when used in a melodic way, as it is in dubstep and garage.

Enough of the history lesson: what realistic prospect is there of the TR08 being a genuine reissue of the original machine? After Roland’s recent moves to cut and paste the legendary SH, Juno and Jupiter series logos all over new ranges of cheap, nasty, inferior digital modeling synths, plenty of commentators believe the chances of a full reissue are pretty slim. There is also the issue of the original design being prohibitively fiddly, time consuming and expensive in today’s market; those bridged-T connectors and old school components don’t grow on trees. Some would say why even bother with a reissue when every producer with a copy of FruityLoops has a thousand variations on the original drum kit in the form of samples.

On the other hand, Roland’s old rivals Korg have struck gold of late with a move away from digital products and back to analog machines of yore. A full reissue of the MS20 synthesiser proved a hit with collectors and musicians alike, whilst their recent Volca series of budget groove boxes — featuring a fully analog drum machine and bassline synth similar to the TB-303 — sold out long before they even hit European shores. The jury is out on whether Aira will prove to be a hit or a turkey – but hopefully Levon Vincent is right, and Roland are indeed going to “hit this one out the park!”