Every few years, hip-hop gets itself into a tizzy over ghostwriters.

The background chatter of who-wrote-what is always there, with certain triggers – from Skillz’ redacted ‘Ghostwriter’ to that Nas kerfuffle a while back – occasionally tossing fuel on the fire. What’s clear, though, is that ghostwriting is as old as the hills, and about as common as it’s ever been (side note: as any booze-lubricated industry type will tell you, don’t think it doesn’t go on with underground dance producers, either).

Unlike pop and R&B, where a T. Nash writing credit will help rather than hinder the marketing push, rap tends to take a dim view of hidden writers. The lines are often blurred, too – plenty of rappers happily admit flinging ideas into the mix in the studio, but will stop short of ratting out their employer. A sense of omertà hangs around the issue, which makes it all the more surprising when you find out your favourite rapper wrote that dismal novelty rap from [insert faded celebrity here].

In tribute to the silent and the shadow-cloaked, we’ve assembled some of the more surprising and unexpected ghost-writing gigs of the last 30 years. From The D.O.C to, er, “What’s up doc?”, these are 10 tracks you probably know – and the 10 people you probably didn’t know wrote them.

Nas found himself embroiled in a ghostwriting controversy back in 2012, when the rapper was accused of co-opting Jay Electronica and Dead Prez’s stic.man to write verses for his Untitled LP. Whatever the extent of their involvement, the Queens rapper has certainly done his fair share of covert scribbling, working for The Firm partner Foxy Brown and, like every rapper and their pitbull, grinding for Diddy too. Weirdest of all was his brief late 1990s job as Will Smith’s go-to writer, penning the enduring/regrettable ‘Gettin Jiggy Wit It’. Nas was also behind Big Willie’s verses on ‘Miami’ – which, frankly, still bumps.

If there’s any proof in the old adage “it’s how you tell ’em”, it’s worth turning to ODB’s inimitable 1995 debut. Method Man has gone on record confirming that the bulk of ODB’s beloved Return To The 36 Chambers: The Dirty Version was actually orchestrated by Wu-Tang confreres RZA and GZA, who contributed old and unreleased rhymes from their notebooks. Some of the verses apparently go way back to GZA’s teenage battle rhyming days – something Meth says the latter apparently wasn’t afraid to bring up when required: “I remember GZA and ODB got in an argument one night and GZA was like, ‘Nigga, most of that shit you say on your fucking album is mines anyway!”” 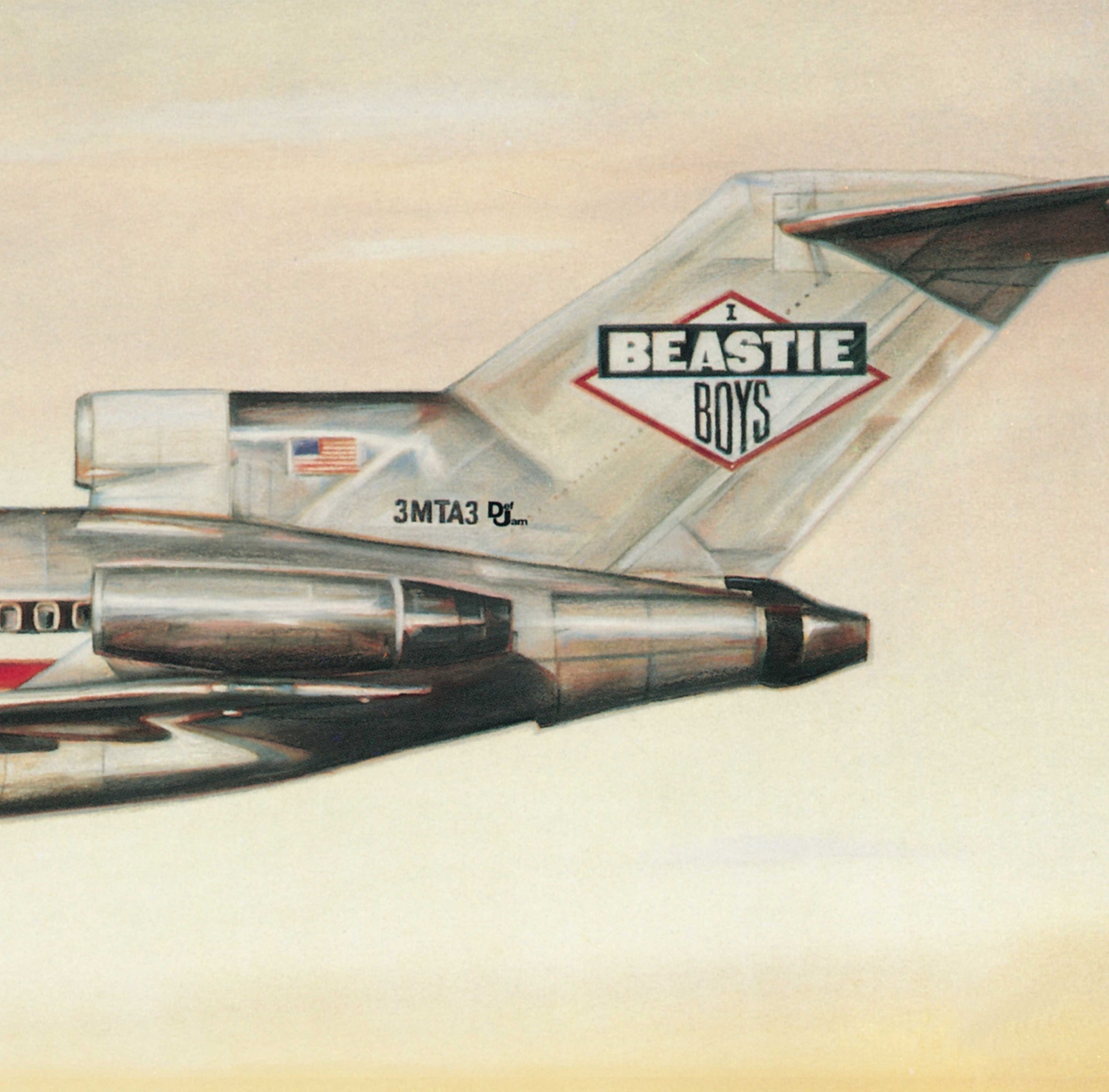 Depending on who you believe, Run-D.M.C. wrote either segments or a sizeable chunk of The Beasties’ tubthumping 1986 debut Licensed To Ill. What’s beyond dispute is that Rick Rubin parachuted the pair in to assist on the record, with fantastical how-we-formed jam ‘Paul Revere’ among the tracks to feature writing from the pair. It wasn’t the only bit of lyric-swapping going on the Rubin axis: Run-D.M.C. also commissioned LL Cool J to pen verses for them.

Dre’s habitual use of ghostwriters has never really qualified as a secret, and the list is long: Snoop Dogg, Eminem, Royce Da 5’9″, Rakim, Knoc-Turnal and Kendrick Lamar have all done time as his backroom boys. Despite that, more listeners than not will probably still be surprised to learn that 2001 standout ‘Still D.R.E.’ was the work of a then-ascendent Jay-Z. Hov, incidentally, used to have some repute as ghostwriter, putting pen to paper for man (Memphis Bleek), woman (Foxy Brown) and beast (more on that later).

It’s well-known that Biggie wrote bars for Lil’ Kim, but it’s probably more of a surprise that Dipset duke Cam’ron was doing the heavy-lifting on 1997 smash ‘Crush On You’, writing Lil’ Cease’s banner verse. Over to Cam’ron, who is surprisingly frank on a subject that not many rappers are comfy nattering candidly about: “What happened was, [Untertainment CEO Lance] Un [Rivera] gave Mase $30,000 to write five songs for Lil’ Cease at that time and Mase gave me $5,000 of the 30 to write one or two of the songs… I wrote the ‘Crush On You’ song and they ended up keeping it for Lil’ Kim album but it was really for Lil’ Cease. The original ‘Crush on You’ is all Lil’ Cease, Lil’ Kim isn’t even on the record.” 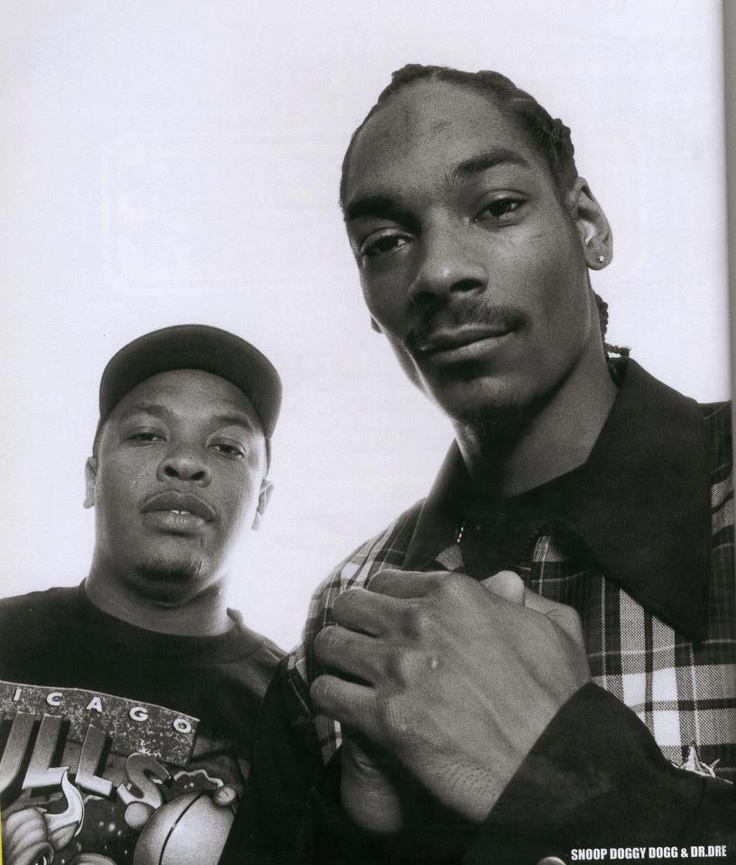 The D.O.C’s 1989 album No One Can Do It Better is frequently credited as the archetype for the gangsta rap sound that would go on to ambush the charts, but the veteran rapper’s involvement in G-Funk extends further than mere influence. After losing his voice in a car accident, the Dallas rapper kept his hand in with writing jobs for N.W.A., Snoop Dogg and Dr. Dre. His verses appear all over 1992’s The Chronic, but his most brazen work is on the album’s calling card ‘Nuthin But A ‘G’ Thang’, where he personally penned the line “Like my nigga D.O.C./ No one can do it better.” Ancillary tidbit: Ice Cube wrote the bulk of Straight Outta Compton. 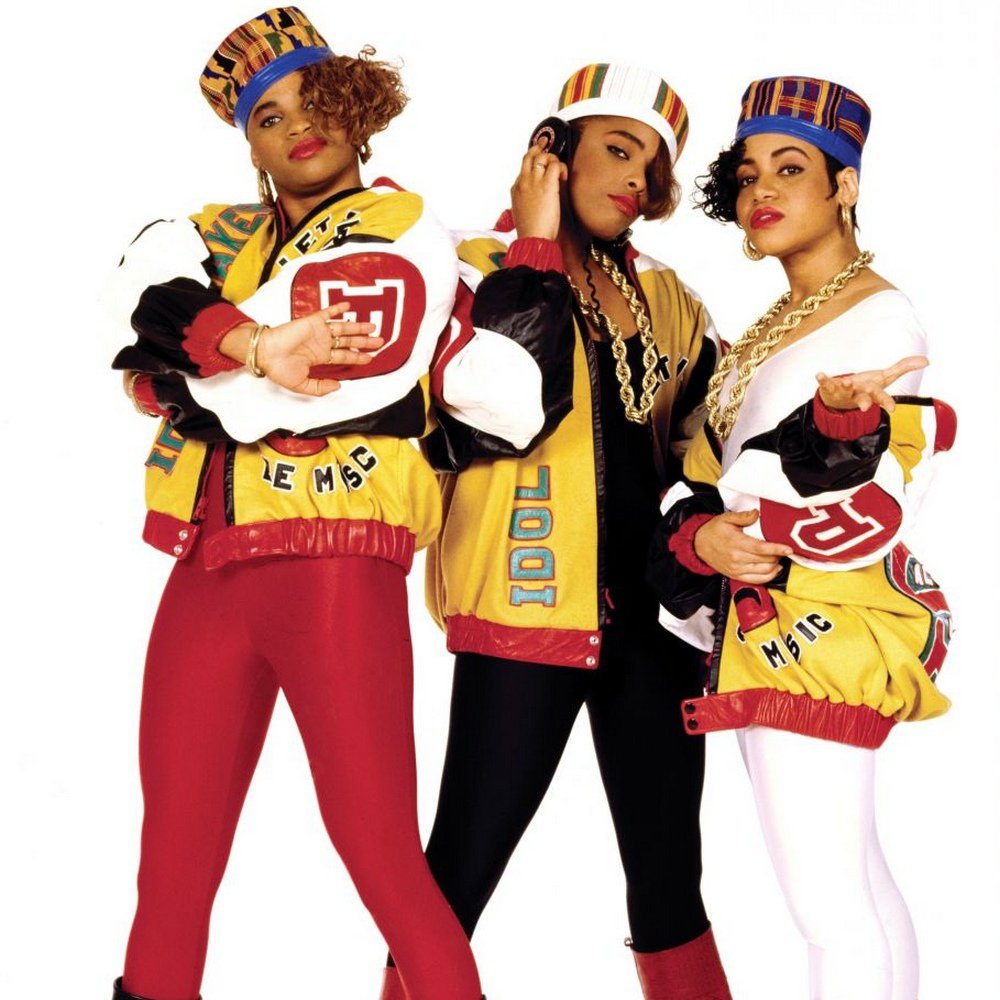 There’s a long and fascinating lineage of tough-guy rappers using ghostwriting gigs as an opportunity for gender-bending – see Biggie’s verses on ‘Queen Bitch’, or Big Daddy Kane’s writing for Roxanne Shanté. The most incongruous example of gender chicanery is arguably Salt -n-Pepa’s 1986 track ‘Chick On The Side’ – a warrior queen takedown of a cheating scoundrel, in fact penned by thug rapper and sometime chauvinist Kool G Rap. 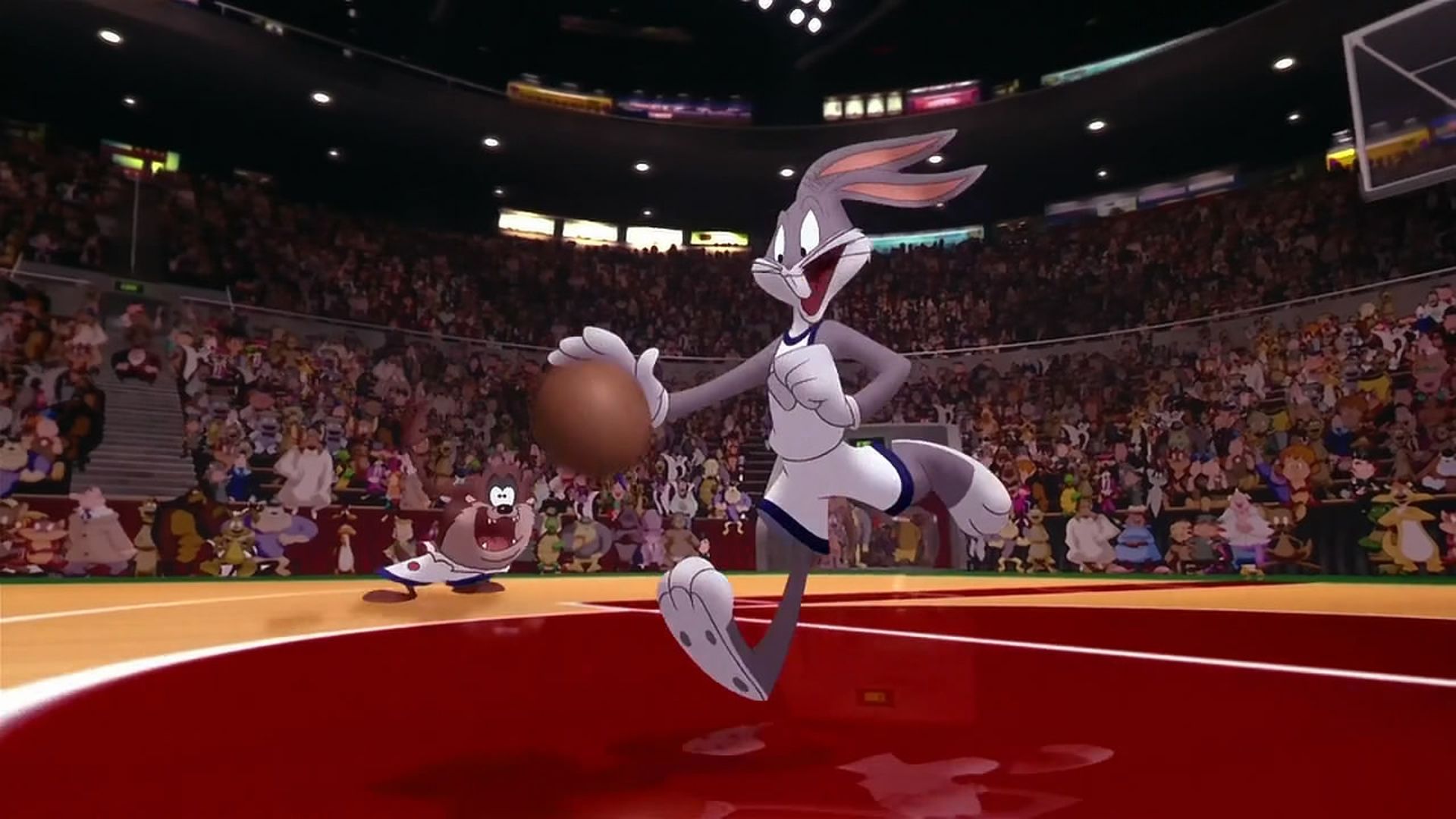 Space Jam soundtrack fodder, courtesy of Reasonable Doubt-era Jay-Z. Sample Jiggaism: “Like Trump’s wife, up to my ears in carats/Not even the botha can fade the rabbit.”

Plenty of greenhorn MCs use ghostwriting as an apprenticeship prior to debuting as a solo artist proper – Kendrick and Freddie Gibbs have been busy, and Problem has been open about the advantages such a route can bring. Case in point: three years before Cassidy was strong-arming folk into his ‘Hotel’, he was reportedly doing behind-the-scenes work on Eve’s steel-drum enhanced 2000 single ‘Got It All’. 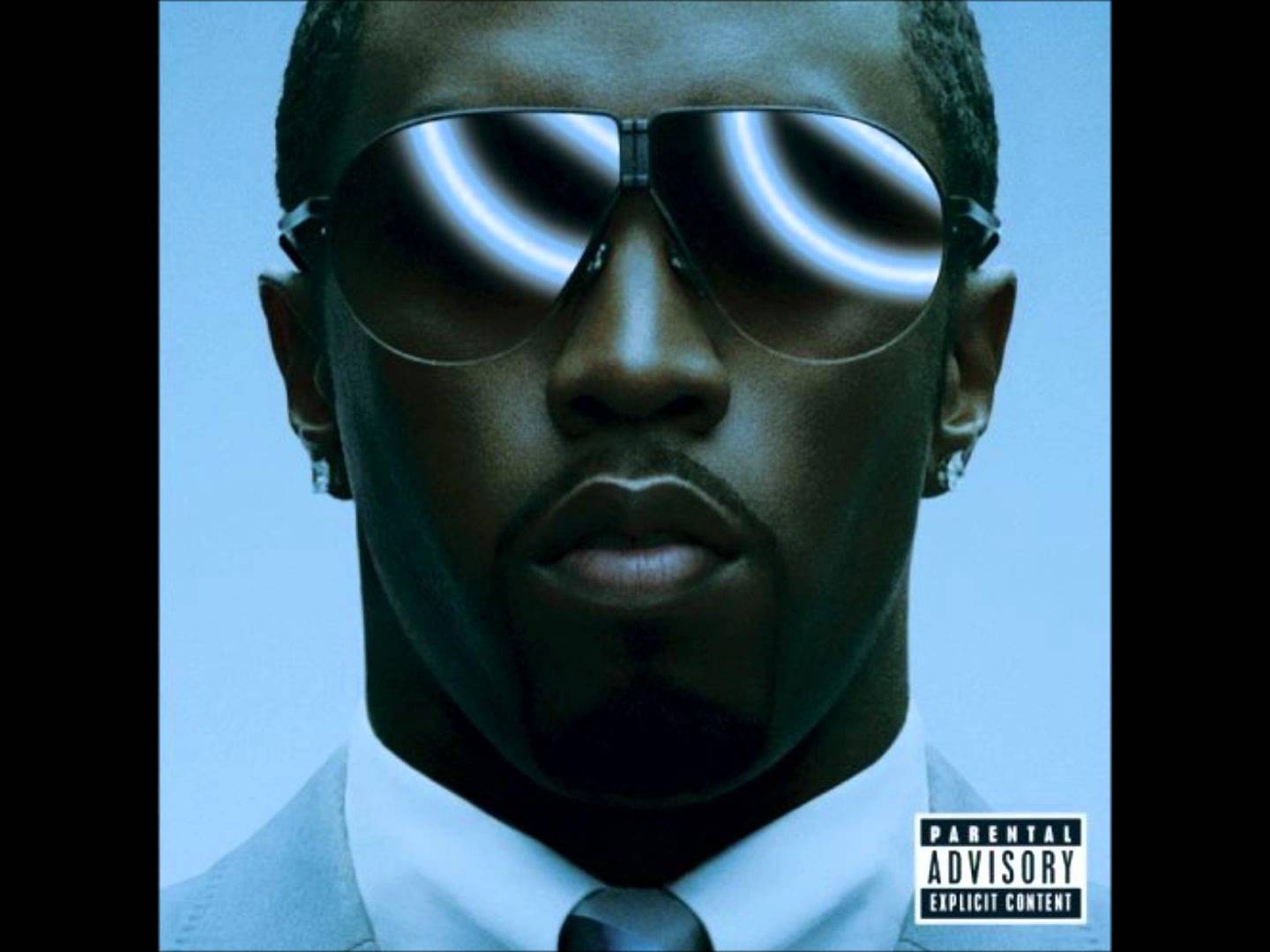 Somebody needs to call the competition committee – Diddy’s responsible for a good 40% of the ghostwriting economy. It’s an old joke, and it’s something of an unfair too: the Bad Boy CEO is the most brazenly open about his lyric-farming, which is certainly preferable to the subterfuge no doubt going on with much more supposedly ‘credible’ artists. Still, Diddy loves a ghostwriter: Biggie, Skillz, Royce Da 5’9″, Fabolous and scores more have helped him out to some degree or other. We’ve plumped for the Pharoahe Monch-penned ‘The Future’, if only because the flow is so transparently Monch’s, it’s practically a karaoke job.