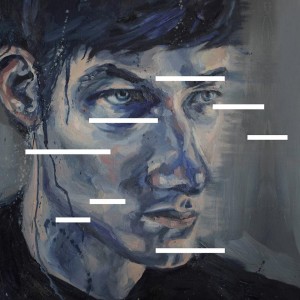 Delivering on the promise of last year’s EP, William Doyle’s debut LP is a real gem, an accessible but poised brace of soaring songs full of uncomplicated beauty and as precociously wise as they are fresh-faced. Anchored on the 22-year old’s not-unconsiderable pop nous and ear for melody, and buoyed by his way with electronic styles both old and contemporary, Total Strife Forever is, if icily refined, also deeply human, the listener experience like paying witness to a young man’s wonderstruck coming-of-age.

What with Doyle’s angelic vocals, and the pervading tone of ethereality, Total Strife Forever had the potential to be a mite precious. The Londoner spent his formative years in sensitive indie bands, after all, and old habits die hard. The album often recalls the work of nu-gaze producer Maps – a pretty but ever-so-trite artist with a weakness for the obvious and the saccharine. However, any hint of feyness is tempered by Doyle’s less anodyne influences: Eno is a big reference point, as are Tim Hecker and Daniel Lopatin, the post-kosmische electronica of Cluster and, at other junctures, Factory Floor.

Not only do these influences render the music stentorian, they also ensure that when beauty and tenderness do arrive they have first passed through a screen of savage and alien squalor, and come complimented by a vague note of existential doubt. The conceit of the album’s anthemic centrepiece, ‘Heaven, How Long’, is explicated right at the peak of the song’s sky-scraping apex with one cryptic but very revealing line, encapsulating Doyle’s entire aesthetic: “In spite of all the love inside me / There is a question I’ve been asking / Heaven, how long?” You could spend hours teasing out the line’s many possible meanings.

Doyle begins with two instrumental tracks. Though a decidedly rudimentary appropriation of Lopatin’s techniques, the Oneohtrix Point Never-on-a-shoestring opener ‘Glitter Recession’ introduces a quality of joyousness to the OPN aesthetic, with rave melodies pushed to the centre of the mix and the odd uplifting chord change thrown in for good measure. Driving his point home, the following ‘Total Strife Forever I’ is more abstruse – another Lopatin-esque track but this time more stubbornly austere, comprised almost entirely of intertwining beat phrases, an insistent pulse of pecking noise-hits and spidery drone-synths. By the track’s finish an enervated Fuck Buttons comes to mind.

All things considered, Total Strife Forever is, as Doyle intended, closest in nature to systems music. Other indie-boy-turned-electronicists tend to bend their co-opted genre to suit their regressive sensibilities (stand up James Blake), but not here. The album’s second half features a string of impressionistic tone poems and oblique sketches: ‘Total Strife II’ manages to recreate the very essence of Bowie’s ‘Warszawa’, while ‘Midnight Koto’ revives the tradition of haunting ersatz orientalism favoured by film composers in the 80s without ever descending into retro-futurism. On ‘Song For A Granular Piano’, meanwhile, Doyle follows Hecker down the route of revisiting (and refracting) Philip Glass’ choral-organ work.

In terms of compositional sophistication, Doyle struggles to compete with the Jon Hopkinses of this world, his emotional brushstrokes unambiguous and delineated. But considering he’s a 22 year old home producer, comparing Total Strife Forever to last year’s EP shows that he’s growing exponentially. Ultimately though, try as he might to ignore the fact, Doyle’s real talents lie in universalist songwriting, and no matter how proficient his production displays, Total Strife Forever is only spectacular when Doyle is in full majestic mode. All credit to the producer for aspiring to something more enigmatic, avant and, well, Wire magazine-friendly, but the Londoner is at his best when playing to the crowd, pouring his heart out and generally just letting his emotions guide him and us to epic and overwhelming heights. The album’s show-stopper, ‘Heaven Up Here’, is an almighty pay-off with the bridge and chorus coming together like a burst of blinding light. It’s as moving as it is technically effectual, which, in the end, is what Will Doyle is all about.