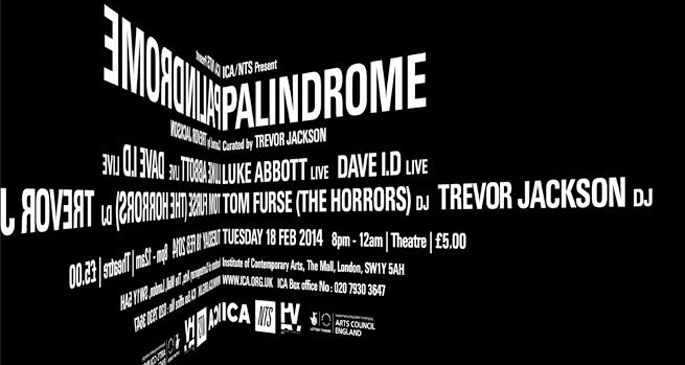 Palindrome is not your average event, not by a long shot.

The first in a series of shows co-hosted by experimental online radio station NTS, Palindrome is curated by Trevor Jackson, and is inspired by British pop artist Richard Hamilton’s 1974 unusual painting of the same name. The painting itself was rooted in experimentation, and found Hamilton working with lenticular laminated three-dimensional printing, so it’s only really right that the musical event should also fiddle with multi-dimensional technology.

The artists that will have a chance to test out the system will be Jackson himself, The Horrors‘ Tom Furse, Luke Abbott and Dave I.D., and if you fancy checking it out, make sure you get over to London’s ICA on February 18.