Ghost Among The Crew 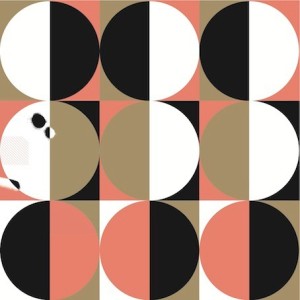 In 1984, Ike Yard frontman Stuart Argabright founded the hip-hop collective Death Comet Crew. Their sound reflected the teeming activity of New York’s music scene at the time, with industrial, synthpop and punk elements leaching into their iconoclastic electro hip-hop. The lineup included Argabright, his Ike Yard bandmate Michael Diekmann, DJ High Priest (Nicholas Taylor of art-rap group Gray) and Shinichi Shimokawa, also the bassist for Argabright’s Black Rain project. Rammellzee, the late graffiti artist and influential art-rapper, was a close affiliate. Death Comet Crew released only two studio EPs in the ’80s and split a little more than a year after they formed, reforming in the early 2000s to write new material, perform live shows and release 2004’s collection of live recordings This Is Riphop. Named for Rammellzee, who passed away in 2010, Ghost Among the Crew is not only Death Comet Crew’s first record of original material in over 20 years (barring a 12-inch just released on Citinite); it’s also their debut album.

There’s a huge wealth of material on Ghost Among the Crew. Death Comet Crew cram cosmic jazz, soul and pop into their already dense palette, often piling more styles into one song than many artists do into whole albums. When it works, this omnivorous approach is singular and exciting, the disparate elements all held together by a rich seam of funk. ‘Me Czar of the Magyars’ is a ramshackle heap of processed vocals, scratching and nightmarish samples topped with wafting melodies. ‘Let The Clubs Ring’ is surprisingly poppy, piling hooks on riffs before unfurling into a dreamy groove, and Carolyn Coleman adopts Rammellzee’s distinctive cadences in her tribute to him on the space-funk jam ‘Deep Space Woman’.

But Ghost Among the Crew is best when raw energy and momentum take over. ‘Drag Racing’ coasts along on a churning bassline and furious drums, as sharp and shocking as anything that came out of ’80s New York. Winding synth lines notwithstanding, ‘One On Ones’ is equally abrasive, a clash of buzzing synths, scratches and half-whispered deadpan vocals all yoked to an unrelenting groove. But compared to the frenetic thrust of ‘Drag Racing’ and ‘One On Ones’, other tracks feel a little shapeless. ‘Run Map’ is mystical but lacking in heft and bounce, and ‘Moons on Titans Seas’ is one transcendental noodling too many.

There’s a sense of resolution in the final track ‘Ignition Spark’, where Ghost Among the Crew’s astral themes and urban menace converge. Its meaty riffs and three-part vocals speak of a pervasive dread, the bleakness framed by mournful acoustic passages and slightly softened by a hypnotic riff that snakes through the centre of the track. It feels like a satisfying end to an album that never wants for ideas but occasionally falters when harnessing them together.