Ghosts of Then and Now 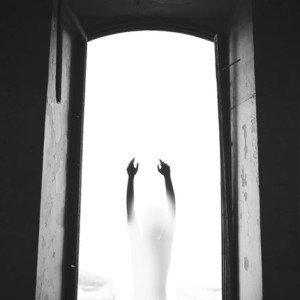 Ryan Hunn’s 2012 single ‘H808er’ is a curious beast. For the first few minutes it fulfils the promise of its title, thundering along in peaktime techno mode. But at the halfway mark the yammering synths fall away to be replaced by twinkly rhodes and looped layers of the producer’s own bedroom croon. It’s almost as if two half-finished tracks have been spliced together on the fly, and the effect is not exactly pleasing. But there are few moments that better sum up the aesthetic Hunn, better known as Illum Sphere, has cultivated.

Co-founder of revered Manchester night Hoya:Hoya, as both a DJ and promoter Hunn’s tastes are determinedly eclectic. Speaking to RBMA about his mixes – which are liable to shuttle between contemporary techno, early ‘00s RnB, vintage disco and many other things besides – he explained how “the beauty of those individual pieces of music gets lost the more you surround them with similar sounding stuff, in my opinion. I prefer to mix [a track] with two records that are totally different, but yet work together.” In his own production, too, Hunn likes things to stand out – he has spoken about working with unusual structures and forms to prevent his music from being assimilated into a dancefloor ecosystem; to prevent it from becoming “’beats’ or club tracks or whatever”.

These concerns – with individuality, disruption and cross-genre hybridity – define Hunn’s music. So when he describes his long-awaited debut LP as “an avalanche of all my influences”, it’s probably best to take him seriously. Ghosts Of Then And Now continues Hunn’s voyage from late ‘00s experiments in après-dubstep and post-Dilla hip-hop into increasingly singular terrain. This time, however, he’s sounding lusher than ever. In fact, on first glance all the pianos, strings and flickering glockenspiels suggest that we might be in for a kind of luxe electronic pop record. Opener ‘Liquesce’, with its fulsome bassline and rich string swoops, could almost be a Zero 7 offcut (not necessarily a crit, honest), while ‘Sleeprunner’’s overcast menace steadily lifts until we’re cruising along on a bed of gorgeous rhodes and strings (though, tellingly, Hunn can’t resist dropping in a few bars of snarling menace at the close).

Unfortunately, dependable lounge ambience this ain’t; as the album progresses, any sense of cohesion or purpose is quickly lost to the sheer density and variety of ideas. We freewheel from twitchy footwork inflections (‘It’ll Be Over Soon’) to jazz fusion noodling (‘Near The End’) to retro-tastic syntherludes (‘The Earth is Blind (Prelude)’) and beyond. Each track brims with ear-catching incidental detail, and many undergo some sort of ‘H808er’-style midpoint transformation. At points, granted, this amounts to a scatty but convincing form of electronica – see the noir-ish ‘One Letter From Death’, or the lounge-dub weirdness of the title track. But mostly the impression is one of chronic distraction; an endless ‘and then…’ style of exposition that quickly becomes exhausting.

Contributions from a pair of vocalists, fellow RBMA grads Mai Nestor and Shadowbox, don’t help either; only in closer ‘Embryonic’, which goes from pastoral glow to radiant majesty and back again, does the latter’s presence enrich proceedings. Make no mistake: there are plenty of good ideas here, but the way they’re assembled does not serve them well. When asked, in that same RBMA interview, about the thinking behind ‘H808er’’s jumpcut moment, Hunn replied, “I think it might just be something that’s in-built to me. I quite enjoy shooting myself in the foot like that.” Perhaps that’s something he should take a look at.