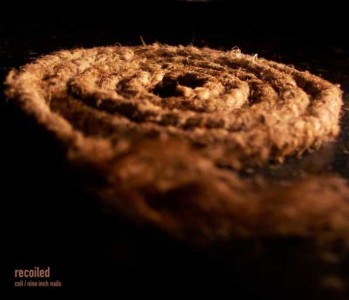 When Trent Reznor returned to music in 2010 with a new group named How To Destroy Angels, long-term followers – and, for that matter, fans of industrial music in general – will have recognised the reference. Back in 1984, that name was the title of the debut 12” by magickal British industrial group Coil. Printed with the instructions “ritual music for the accumulation of male sexual energy”, its murky, trance-inducing drones and ringing gong marked a new beginning for former Throbbing Gristle member Peter Christopherson and his partner John Balance. Reznor, who around about the same time dropped out of high school and moved to Cleveland to pursue music, was undoubtedly listening.

By the early ‘90s, Reznor was the leader of millions-shifting industrial rock group Nine Inch Nails, and he and Christopherson had struck up a creative partnership, with Christopherson – a member of cult design studio Hipgnosis – producing a number of Nine Inch Nails videos (most notoriously, ersatz snuff movie ‘Broken’, never officially released but still seeding in some dark corner of a torrent site near you). Reznor also commissioned several remixes from Coil, which showed up on the 1992 EP Fixed and the soundtrack to 1995 thriller 7even.

What has remained all but unheard since its creation two decades ago, though, is Coil’s extensive reworking of Nine Inch Nails’ 1994 album The Downward Spiral. Reznor’s artistic high water mark, it found him holed up in the LA house that Sharon Tate died in, attempting to rewire his demented nihilistic fantasies into something of the monolithic import and high concept of Pink Floyd’s The Wall. On these five tracks, Christopherson and producer Danny Hyde toy with the stems of tracks like ‘Eraser’ and ‘Closer’, pruning back the original album’s industrial rock thunder and murky atmospherics and recasting them as something without clear template: a curious electronica that tends towards the lysergic, the downbeat and the perverse.

To be clear, this isn’t one of those remix projects that obliterates the original. Nine Inch Nails are very present, Reznor bawling about how he wants to violate you, penetrate you, fuck you like an animal and all that; sometimes, as on ‘Gave Up (Open My Eyes)’, his screams are looped and layered until it sounds like he’s speaking in tongues. ‘Eraser (Baby Alarm Remix)’ assembles marching drum machine and distorted guitar chug and proceeds to warp it with eerie volume dips and backward-spun samples. ‘The Downward Spiral (A Gilded Staircase)’, meanwhile, takes the album’s title track, a fantasy of suicide by gunshot, and recasts it as ambient electronica with a detuned acoustic guitar segment that’s queerly pretty, even with Reznor muttering about “so much blood for such a tiny hole”.

Certainly, Recoiled is quite ‘90s-sounding, in that breakbeat-y remix album way. But weirdly, it doesn’t sound particularly dated, with enough ideas spread across its 40 minutes to fully justify its retrieval from the vaults. Coil fans being completists, they’ll buy it anyway. If you’ve ever mooched around in a trenchcoat and black nail varnish – or if you simply hear something interesting in the idea of mainstream rock and underground industrial joined in kinky congress  – you’ll probably want it too.