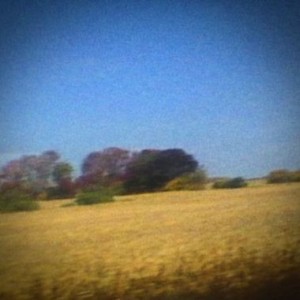 Though Mark Kozelek has few equals when it comes to dislodging lumps in throats, Benji is his most emotionally taxing Sun Kil Moon record by some way. It’s an album almost entirely about death – the deaths of relatives, friends, strangers and children; people who die young and old; in fires and in school shootings; in freak accidents and of heart attacks. Each death leaves an imprint on Kozelek’s psyche, weighing him down with pain and reminding him of the preciousness of life, so that he might “find some poetry, make some sense of it / Find a deeper meaning in the senseless tragedy”.

We tend to steer away from literal language when describing such senseless tragedy, preferring euphemism to the gruesome details of accidents, murder and rapacious disease, but Kozelek seems inspired by the idea that life is too short for obfuscation. Take the opening track ‘Carissa’ and its unnervingly clear description of his cousin’s death: “Carissa burned to death last night in a freak accident fire… I never saw an aerosol can blow up in the trash.” He asks no-one in particular: “Goddamn, what were the odds?… You don’t just raise two kids and take out the trash and die.” Of course, that’s exactly what does happen to Carissa – and again to Kozelek’s uncle on ‘Truck Driver’, who also dies in a fire “on his birthday / Redneck that he was, burning trash in the yard”.

The chances are slim indeed, but you never doubt the truth of Kozelek’s account. Instead, ‘Truck Driver’ drives home the cruel arbitrariness of accidental death. Kozelek’s voice rises in pitch and swells with emotion as he reminisces about a childhood of frying frogs’ legs and getting stung by hornets, all against a sparse backdrop of fingerpicked guitars. As it turns out, the guitar is his lifeline. He plays it in the barn after his uncle’s funeral, and though he won’t pray for the victims of the Sandy Hook school shooting, he’ll sing and play for them (‘Pray for Newtown’).

Musically, this is his most accessible album yet: ‘I Love My Dad’ is radio-friendly indie rock; ‘Ben’s My Friend’ is one of the poppiest Sun Kil Moon songs to date, and Will Oldham lends gorgeous backing vocals to ‘I Can’t Live Without My Mother’s Love’. But Kozelek’s lyrics are the main draw, heavy on quotidian details that give every song a heartbreaking, movie-like verisimilitude – the Kentucky Fried Chicken served at his uncle’s funeral, or the ramen he’s eating when he hears about James Gandolfini’s death on the wracked blues song ‘Richard Ramirez Died Today of Natural Causes’. Narratives are strong too, though they never feel contrived. Take Kozelek’s plan to visit a friend who lives outside the desert in Santa Fe on ‘I Watched the Film the Song Remains the Same’, and tell him “thank you” for signing him back in ’92 – ultimately enabling him to make the record that you’re listening to right now (There are autobiographical parallels here, too; 4AD’s Ivo Watts-Russell lives there and gave Kozelek his first record deal.) By the closer ‘Ben’s My Friend’, Kozelek has visited his friend, still worries about his mother dying, and has nearly finished the record.

There is humour on Benji — on the wry homage ‘I Love My Dad’ or the weary sexual account of ‘Dogs’ – but such moments offer only brief respite from the overwhelming pathos. ‘Ben’s My Friend’, on the other hand, is genuinely uplifting, complete with smooth sax lines and an anthemic hook. It’s the story of an “out of fuel and uninspired” Kozelek going to a Postal Service concert, where, feeling incongruous and lame, he gives away his backstage passes to a couple of girls and misses out on seeing his friend Ben. He goes home ill at ease, but thanks to the strength of his and Ben’s friendship regains the motivation to go into the studio and finish Benji, a record whose main theme may be death, but whose power comes from Kozelek’s vivid celebration of life.