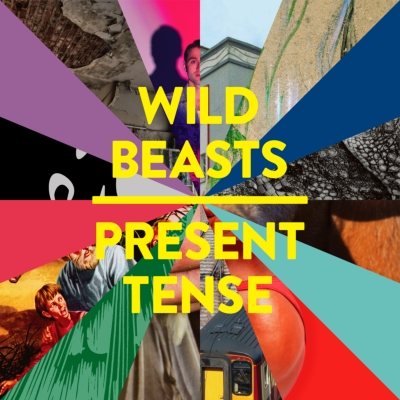 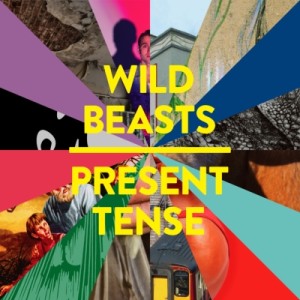 After three albums documenting their night-time transgressions comes Wild Beasts’ fourth: the inevitable morning after the night before. A uniformly downcast affair, by this point sexual misadventure has exacted its final revenge, and as though recoiling from the white light of recrimination, the beasts have fled – scurrying toward the dim underground of morbid self-examination that is Present Tense.

A weary quiet pervades Present Tense, a notably sombre offering from Kendal’s one-time birds of paradise. If on the tormented Smother the Northerners saw the writing on the wall, on Present Tense their worst fears have been realised, leaving Thorpe, Fleming, Little and Talbot no option but to lay in the weary quiet of regret – their souls more exposed now than ever before. It is an album exquisite in its humbleness , with every flamboyant vanity of before now dulled in the fug of introspection, and it is shot through with a solemn yearning for nobility.

Smother‘s wry, tragicomic melancholy has curdled into out-and-out disillusionment and heavy-lidded malaise. It’s a personal metamorphosis that proves symbiotic with the sonic one the band have undergone. Present Tense marks Wild Beasts’ transition from guitar band to electronic act, and as it turns out, the inhumanity of electronica serves to accentuate the group’s thematic preoccupations.

The group continue to feed on that great British dichotomy of sexual repression versus perversion, but for all their celebration of promiscuity, their music has always hinted at a dead end beyond the soiled sheets – the hollowness of corporeal gratification – and an unease with intimacy. The album’s electronic feel sharpens the idea of sterility and a frictionless modern life, while providing, as British electronica has done since the days of John Foxx, a lexicon for existential nothingness.

Bathed in cathodic crackle, opener ‘Wanderlust’ nods to both minimal wave and the ugly/beautiful industrial of Cabaret Voltaire, and with its insistent rhythmic machinery packs an uneasy urgency we haven’t heard before from the band. ‘A Dog’s Life’ plays like Nellee Hooper-era Björk and at other times OMD, and is every bit as desolate as that sounds, while ‘Sweet Spot’ recalls the immaculate techbod-pop of The Alan Parsons Project, full of sad perfection and gentle humanity. Just as they were a guitar act of uncommon elegance, Wild Beasts’ handling of electronica is every bit as graceful, aided by the guidance of Eno protégé Leo Abrahams – a match made in heaven given Abrahams’ similarly modernist and refined M.O.

‘Daughters’ is darker still. Like a fever dream, peppered with nightmarish imagery (“she’s walking through the cracks in the walls / walking over the broken chicken bones on the ground”) and references to atonement and Christianity, the track is gradually swallowed whole by a wave of white noise. By ‘New Life’ the group have hit rock bottom, reflected in a drum-less and defeated exhalation comprised solely of filtered-out pads and Fleming’s lonely voice: a Jeremiah if ever there was one.

Brighter, lusher and unburdened, ‘Palace’ closes the album with the suggestion that redemption is here at last, featuring unashamedly sweet melodies and the kind of keening synth-euphoria even Coldplay might think too gauche. In some ways it’s their first proper love song, composed by men for whom love is at last possible, having finally conquered the beast in them. “The winter was long but now we’ve grown to feast… we may be savage, but at our core we have higher needs,” sings Thorpe, as he serenades his saviour: “You remind me of the person I wanted to be, before I forgot.” When he opens his voice into a stunning effluence of blind worship (“a palace, a palace”, he evangelises: the palace of real love), it is the very definition of joyous liberation. Free at last.

Or so it seems. You may notice that ‘Palace’ concludes with a fine synth-line of discord: a tiny suggestion of bad times to come. Inner peace is fragile when, far from dead, the beast is merely dormant.