Streaming is about to make the charts even worse 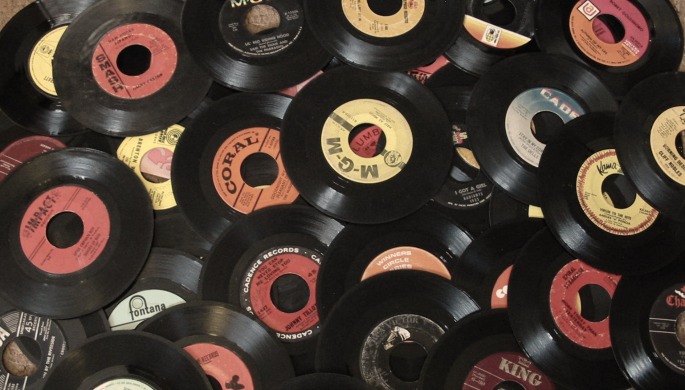 A cursory glance at this week’s top 10 should remind you that the charts are just as cram-packed with mirthlessly focus-grouped dogshit as ever, but be warned: it’s about to get even worse.

Last week, Radio 1’s head of music told a group of industry insiders that data from streaming will soon be taken into account when the UK singles chart is compiled. That means every time you play a tune on Spotify (or Deezer, or We7), you nudge it closer to the number one spot. And that counts for all your woeful party playlists, speculative first-time listens and ironic adventures inside the Murder Inc. back catalogue, too.

One very strong argument in support of allowing streaming data to shape the charts is that it helps build a more accurate picture of what we, the people, are actually listening to (clue: even more Pitbull than you could possibly imagine). For the same reason, the powers that be also want to add YouTube and Vevo streams to the pot, bringing the UK charts closer in line with the Billboard Hot 100. The US chart (which has always been partly based on radio airplay anyway) added videos to the mix last February, a move that was rewarded by Bauuer’s ‘Harlem Shake’ zipping straight to number one on the strength of the viral video trend that was winning the internet at the time.

You don’t have to look far to start seeing problems with this supposedly more democratic methodology. For a start it means that every time a video goes viral, whether it’s talking foxes or Miley fellating a sledgehammer, the song associated with it will shoot up the charts. If it spawns a series of spoof videos, like ‘Harlem Shake’, all of those will be counted too. The next Rebecca Black won’t just be a YouTube celebrity – she’ll have a number one record. And while it’s impossible to predict exactly which videos will go viral, their incorporation into the charts will naturally reward those with the most eye-goggling, ass-baring, click-baiting and NSFW visuals.

But more importantly, listening just isn’t the same as liking. Streaming a track on Spotify or YouTube tends to be an exploratory gesture, a feeling-out of whether you might like to add a track to your collection; it may take a few streams to get the measure of it before you’ve even considered parting with cash to download or order on vinyl (or CD if, like me, you’re still wedded to the dark ages of digital music).

In this scenario, streaming becomes legitimised as an act of comparable value to actually purchasing a track and investing in an artist. Though streams and downloads won’t be valued one-for-one in the new chart (instead they’ll be weighted so that a number of streams – and we don’t know how many – equal one download), it still encourages the idea that a stream is basically the same type of thing as a download, only cheaper. Except that for the artist, 10 streams at approximately $0.007 each (that figure taken from Spotify’s recently launched Artists site) is most definitely not the same as one download at 79 pence – especially not for an act trying to pull together the cash to go on tour or make another record. (As a side note, it’ll be interesting to see how streaming transforms musicians’ earnings in the coming years, with royalties set to start drip-dripping into accounts over many years rather than arriving in an initial juicy burst).

Even if the issue of weighting streams against downloads is successfully resolved (and incidentally, the Official Charts Company keeps its calculations secret by never divulging actual sales figures), the result will be a depressing shift in the very nature of the top 40. Songs with a quirky video or a strong PR push on social networks will be rewarded with an avalanche of streams, pushing them up the charts while barely engaging with the masses who’ve clicked once and don’t return. How does that compare to me coming back to a track again and again because I’m really into it? Are 10 streams from 10 different listeners really the same as 10 streams from one listener who then blossoms into a fan, buys the album, goes to the gig and gets the T-shirt?

On a further technical note, it’s not clear how chart compilers will balance the overall proportion of streams to downloads. Will streams slowly squash downloads out of the charts as we abandon our static offline music libraries for a noncommittal relationship with the cloud? Again, that ratio is likely to remain known only to the Official Charts Company.

Though it may seem like adding streaming data better reflects what we’re really listening to, it certainly doesn’t make our charts any more dynamic or exciting. Weirdly, the end result is both dreary stagnation, as mega-hits refuse to budge for weeks or even years on end, and an increasingly fleeting engagement with the music itself, which now requires nothing from us but a click. You only have to compare this week’s streaming chart (which has been going since May 2012) with the sales chart to see the subtle yet depressing differences.

Sam Smith’s ‘Money On My Mind’ took over the number one slot from Clean Bandit last week, which seems a fairly predictable reflection of heavy radio rotation and his rising popularity. But peruse the streaming chart and you’ll have to scroll down to number 23 to locate the same track, sandwiched between Katy Perry’s ‘Roar’, which came out six months ago, and Passenger’s ‘Let Her Go’, released a full 10 months ago. Streaming charts are stagnant and predictable – the top four of Clean Bandit, Pharrell, Ke$ha and Will.I.Am haven’t budged since last week, while new tracks that have leaped to the upper reaches of the sales charts (A Great Big World & Christina Aguilera; David Guetta & Skylar Grey; DJ Fresh & Jay Fay) are either languishing outside the top 40 or missing entirely from the streaming chart.

Of the top 20 streaming singles, nine have been in the charts for more than 10 weeks, and five of those for more than 20 weeks. Bastille’s ‘Pompeii’, sitting pretty at number 11 following the band’s BRITs win, has been in the charts for 52 weeks – an entire year, and it’s on the edge of the top 10! Compare that with the sales chart, where just two tracks have been hanging around for over 20 weeks, one of them being the anomalous ‘Pompeii’. Perhaps it really is a more accurate reflection of the taste of a nation of dullards, but the incorporation of the streaming chart is quite obviously going to make the top 40 an even more stodgy and pedestrian fad cemetery than it already is.

There’s nothing we can do it about, though – no petition to sign or doors to knock on or hashtags to bandy around. Streaming is here, and it needs to be dealt with. But since the first chart was compiled in 1952, the UK has based its weekly hit parade on the straightforward and largely transparent concept of sales and sales alone. With so few people still buying music yet so many people now listening (and listening all day long – on their phones, laptops and tablets; on the bus, in the gym and at school), the charts had to change to reflect our shifting habits.

But with all these complex calculations and tiny yet vital technical details being worked out behind closed doors, the streaming services and charts compilers are obscuring an already obscured process, keeping it a secret from all but the most clued-up insiders. It doesn’t seem so far-fetched to imagine an artist, sometime in the near future, watching his single climb to the top of the charts with barely a jolt to his bank balance, only to be told by the label, “But it was very popular on Spotify.”