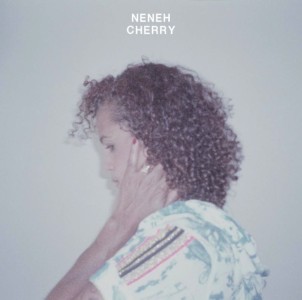 This isn’t an album that invites you in. It just starts, without ceremony, feeling almost like you’ve walked in mid-sentence to Neneh Cherry’s conversational stream of consciousness, which is locked into the barest of drum-tapping in ‘Across the Water’. There’s no introduction, no explanation, even the first phrase she speaks-raps-sings is hard to make out – so from the very beginning you have to adjust and get your bearings. It can throw you; even when that song’s hooky-as-hell chorus comes in, or later in the album when the tempo goes up, the drum patterns get more rolling and complex and the synths come in, it just seems to ebb and flow according to its own whims and rules, and can be very hard to get a handle on.

That’s not to say it’s obtuse, weird-for-weird’s-sake, or difficult as such. The rules to that ebb-and-flow clearly have a logic of their own, there are structure to the songs even if they’re not normally verse-chorus-verse ones, and even the complex rhythms do roll. This is miles from the parping freakouts of The Cherry Thing, that’s for sure, and it is definitely Rocketnumbernine’s world that you’re entering as much as Neneh’s – the smooth undulations and dark, dubby spaces of the backing could easily be a continuation of their MeYouWeYou album from last year. As with that album – as, in fact, with everything that Kieran Hebden wears his producer hat for rather than contributing to in a Four Tet sense – every line is clean, every sound is balanced, even when the basslines are distorted and the drums moving fast, there are no rough edges for you to grip onto.

All of which makes it disconcerting. Are this musical conversation and Neneh’s diary-like musings even meant for you? Her lyrics mention money, parenthood, friendship, loss, cities, time – but it never feels like she’s telling you about these things, more just plotting her own connections between them, with the music tracing the abstract shapes of these connections. But where do you start trying to get to grips with it? What’s it even about? Well, you may never find out. I’m not sure I’m any the wiser now, but I can tell you this: this album is the definition of a grower. The spaces, grooves, themes and complex emotions may not make more sense the more you listen to it, but they certainly become very enjoyable to be around. It’s a very puzzling record, but the last thing you should do is try and puzzle it out: just go with it and you’ll find its strange charms working much more quickly than you might have thought at first.