Breaks My Heart Each Time 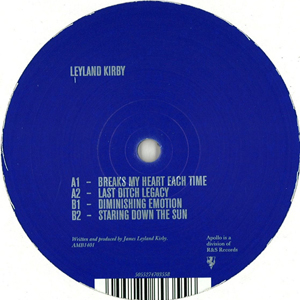 It’s been a funny old career arc for James Kirby. We knew him first as punk plunderphonics artist V/Vm, a guy in a pig mask from Stockport taking on the forces of copyright with a fridge full of porky puns – who can forget his retooling of Chris De Burgh’s wedding standard as ‘The Lady In Red (Is Dancing With Meat)’? – and pissing off the great and good of early noughties electronica in the process (see the extremely unauthorised 2001 remix album HelpAphexTwin/1.0). But as slinging shit began to lose its shine, we saw Kirby embark on a new path.

As The Caretaker, he started making music about memory and recall, at first inspired by Stanley Kubrick’s The Shining, but growing into something bigger and broader as Kirby drew inspiration from the slow deterioration of the Alzheimers patient. Increasingly, his music has shrugged off its pranksterish quality, moving instead towards a sincerity that feels almost radical in its exposed emotion and bare honesty. Recent releases – such as 2009’s Sadly The Future Is No Longer What It Was, a double album of beautifully treated piano pieces – have been released under the name Leyland Kirby or Leyland James Kirby; not, in fact, Kirby’s given name, but that of his late grandfather.

This new four track EP marks Kirby’s debut on Apollo, an ambient-leaning sister imprint to seminal Belgium label R&S. It is music that, much like Warp’s Artificial Intelligence series, or Aphex Twin’s Selected Ambient Works 85-92 – another Apollo release, as it happens – hovers right on the periphery of the dancefloor. All the same, this is emotionally resonant stuff. On the seven-minute title track, synths swirl and curdle, at first blissful, but the intensifying spirals gradually taking on a note of Tangerine Dream menace. ‘Last Ditch Legacy’ unfurls a loping drum break; a languid and hazy boom-clap over which Kirby daubs exploratory scrawls of cloudy synth. It’s not a million miles from the sort of thing you’d expect to hear jammed in the middle of an Alex Paterson ambient house set circa ’93.

If side A demonstrates that Kirby can still turn his hand to beats without losing his skill for emotional timbre, side B feels like it’s out to prove Kirby’s still got some wild cards up his sleeve. ‘Diminishing Emotions’ is pretty enough – a minimal excursion in textured synth drones, like Boards Of Canada stripped right back to the bone – but it’s closer ‘Staring Down The Sun’ that’s the real surprise. A feverish four minutes of electronic jazz-funk that’s like Herbie Hancock gone braindance, it should have even the most straight-laced hauntology nerds loosening their starched collars and busting out a groove. We wouldn’t bet on more like it, necessarily, but if James Kirby wants to go there, he won’t see us complaining.