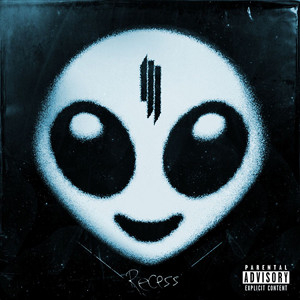 Look, this is massive fun. It starts by pretending that you’re in a space rocket and that it’s going to take stupendous power to fire into space and then it barrages you with electronic swoops and rumbles and crashes and the Ragga Twins. And the track is called ‘All’s Fair in Love and Brostep’.

Then there’s massed vocals going “don’t let it stop” and “everything is alright”, and Fatman Scoop going “1-2-3-4-bounce-bounce-bounce-bounce” and a rumpy-pumpy moombahton beat. Then there’s a sort of hip-hop beat with weird dubby bongoes, creepy Lalo Schifrin horns and a squeaky, squirmy Dutch house synth and pitch-shifted spooky indie vocals. Then there’s a proper brostep beast that swerves like a rollercoaster between screeching violence and oceanic trance chords. Then there’s that one with Chance The Rapper coming on like a drunk jazz singer asking “do you want to fuck?” over a cracking pop drum’n’bass tune. Then there’s trap bits and some more distorted Ragga Twins and hints of DJ Zinc and a thing at the end that sounds like 1992 pop rave if it had a few million dollars and a box of Xanax.

And contrary to popular opinion, it all knows how to sit down on a groove. For all Recess‘s telegraphed rushes and big drops, this is not non-stop migraine music, or even non-stop peak experience music. Instead, it’s neatly sculpted to make, well, an actual album listening experience.

No, it’s never going to be mistaken for a new Modern Love release – but neither were Slipmatt & Lime or Artful Dodger ever going to get mixed up with Underground Resistance. So forget about “bros”, forget about “EDM”, forget about whether dubstep is dead (it isn’t), forget about all the bitterness that leads to the deranged hatred of the man – this is pop-rave rendered with a load of expertise, all the finesse that military grade technology can provide, and not one microgramme of cynicism at all.

If you dislike fidgetty edits and squealing high frequencies fine – go and listen to Eleh – but if you like dance music crashing into the most mainstream of the mainstream on a skateboard, being cheeky, rude, funny and giving you a massive rush when you listen to it, then here it is. Recess. Enjoy.