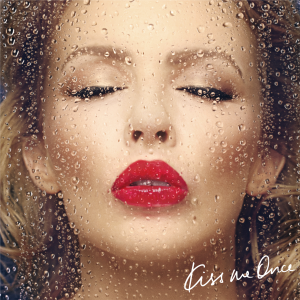 Don’t you love those “why did nobody think of it before?” moments? When you see something so simple and so obvious – like a paperclip, for example – that it feels somehow odd that it even had to be invented. Well, Kylie and her team (Sia Furler, Marcus Lomax, Jordan Johnson, Stefan Johnson, Clarence Coffee, Nella Tahrini, Kelly Sheehan and Alexander “Xplicit” Izquierdo) have done just that: they’ve invented GAY BROSTEP. And they’ve called it ‘Sexercize’. Of course they have! Never mind Kylie’s gyrations and the pretty ladies in the video, the ridiculous single – full of exhortations to “feel the burn”, “stretch it out”, “beat all your best times” and well-oiled US dubstep gurgles and slithers – is low camp of the most glorious sort, turning every bro cliché into pure muscle Mary flex.

The track strongly suggests that Kylie is having fun with this album, and it’s not the only one. At this stage, with her unique (inter)national treasure status and consistent sales, she could have pretty easily rolled out a load of thumping four-to-the-floor pop dance filler with two big Sia co-written singles to pump up her next Greatest Hits album and been done with it. And, OK, the lead track ‘Into the Blue’ makes it feel like it’s going to be pumping Katy Perry-alike positive-thinking fizzcore all the way, especially when it’s followed by the zippy filter disco of ‘Million Miles’. But then, even before you get to the preposterousness of ‘Sexercize’, comes the fidgety ‘I was Gonna Cancel’, with its scampering clavinet funk, Gloria Estefan-tinged song and whizzy trance chords and it’s clear that this stuff hasn’t just been picked off the peg.

Dammit, even an Enrique Iglesias appearance – on the ballad ‘Beautiful’ – isn’t quite the audio herpes you’d expect, because the track itself sounds like Vangelis at his most grandiose (which is pretty grandiose). And there are some downright lovely tracks too, like the breakbeat floater ‘Sleeping With the Enemy’ which pulls off the impressive trick of creating a new twist on that ‘Unfinished Sympathy’ thing that everyone’s been trying to do since Emeli Sande’s ‘Heaven’, and ‘Feels So Good’ which revives that 6/8 pop thing that Richard X and Rachel Stevens did so well a decade ago. And through all of it, through the autotune, Kylie’s voice remains as distinctive as it’s ever been. She’s no technician, obviously, but actually that lack of over-singing is a blessed relief sometimes, and she basically really, really knows how to be Kylie.

So yes, there IS thumpy filler here, a lot of the aforementioned low-camp (tracks called not just ‘Sexercize’ but ‘Sexy Love’ and ‘Les Sex’? ‘LES SEX’?), and plenty of ladled-on sonic fizz that can get a bit much over the course of the whole thing, but as that fizz subsides, it’s clear there’s proper character and craft throughout. And it’s that which has kept Kylie in her unique position, the subtle stuff that emerges once you are able to tune out the production tweaks and silliness. That’s why sometimes even lesser-performing Kylie songs end up turning into radio staples (think ‘Confide in Me’ and ‘Wow’), and why she has maintained her position so unerringly. And there’s more than enough in this album to keep her in that position – so, come for the gay brostep, stay for the songcraft and character.