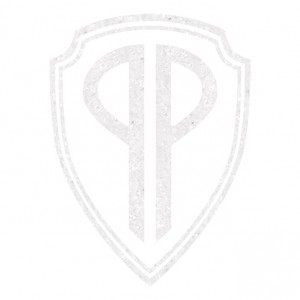 In 2014, it would not be unfair to note, hardcore punk is pretty long in the tooth. It’s been 38 years since Greg Ginn and Keith Morris first knocked heads in a garage in Hermosa Beach, California, forming the band that would soon become known as Black Flag. To give an idea of the length of that yardstick, poke it out 38 years in the other direction and you’re prodding at Bing Crosby and Fred Astaire. But what stands out, as the years roll over, is the way the genre is in a constant process of renewal and revitalisation. Sure, hardcore is as susceptible to nostalgia as anything else, as you’ll know if you’ve seen OFF! or Mike Watt recently. But it’s remarkable how this is a well of inspiration yet to run dry. Turn your head for a moment, turn back, and another four dozen punk bands have forced their way out of the soil, each one celebrating their own Year Zero, each using hardcore’s urgent energy and raw simplicity to ram home their own personal truth.

Which brings us to Perfect Pussy. A five piece from Syracuse, New York state, prior to now they’ve released just one piece of music, a cassette EP excellently titled I Have Lost All Desire For Feeling. Their debut album doesn’t add to this significantly: it’s only 23 minutes long, with a good four or five minutes of that already quite brief run time consisting of passages of near silence, where the racket abates and we hear nothing but the rattle of tape reels and quiet whispers of synth. That’s not really a problem though: 20 minutes is exactly the right amount of time it takes for band to enter, scorch earth, and depart.

As their name might suggest, there’s a hint of riot grrrl to Perfect Pussy. It can be hard to follow vocalist Meredith Graves’ lyrics, which are delivered at a throat-shredding caterwaul over thrashing drums and squalling guitars, but reading interviews with her sheds a bit of light on the topics tackled – sexism, body confidence, the emotional tangle of relationships – and with this in mind, you can occasionally pluck fragments from the chaos: “I never wanted any children,” she drawls on ‘Interference Fits’ – this is fraught, intensely personal stuff. If you buy the limited edition of Say Yes To Love, those red flecks you can see in the white vinyl are from a vial of Graves’ blood, a metaphor it’s probably unnecessary to explain any further.

By and large, though, you find yourself listening to the tone of Graves’ voice, the way it writhes and roars and pleads, part-submerged in Perfect Pussy’s wild, dissonant thrash. Here and there, the band resemble a couple of other Pussys: Jon Spencer’s no-wave inspired Pussy Galore, or even Harry Pussy, guitarist Bill Orcutt’s ’90s noise rock group. There is a melodic quality here, albeit often subsumed: beneath the gnarly chaos of ‘Work’, keyboardist Shaun Sutkus plays cool, clear synth lines that add an almost subliminal prettiness. Mostly, though, Say Yes To Love feels like a purging, 20-odd minutes of urgent expulsion that leaves you feeling exhausted, elated and renewed.