The Soul of All Natural Things 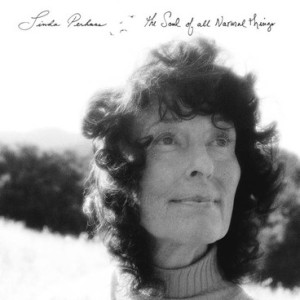 Linda Perhacs’ Parallelograms is a true cult record. Released in 1970 to barely any acclaim and dismal sales, it is now widely considered one of the most exceptional psych-folk albums in existence. Its initial failure can be attributed partly to a poor pressing, but a proper 2003 reissue that coincided with the rise of avant-garde folk artists she had influenced, such as Devendra Banhart and Joanna Newsom, allowed Perhacs’ mystical creation to be heard as intended for the first time.

The Soul of All Natural Things is the follow-up to that cult record, Perhacs’ first in 44 years. She still lives at the heart of hippy country in Topanga Canyon, California, a place that continues to inspire her communion with nature. The album’s message is uncomplicated: we work and worry too much, to the detriment of what really matters – our spiritual relationship with the world around us. ‘Immunity’ spells out, “Everyday we work a little harder… a little more… a little faster,” and on ‘Intensity’, “high definition souls are erased”. It almost never feels mawkish, a warm earthiness in Perhacs’ soaring soprano tempering the New Age-y mysticism of the chi that unites wind, waves and thunder on the title track and the rapturous ‘River of God’: “River of God, how you fill up the sky / River of God, you’re much greater than I”.

Thanks to a consistent cast of additional musicians, The Soul of All Natural Things often feels more like a collaboration than a solo album. This is especially true in the case of Julia Holter, whose vocals appear on six of ten songs, while Ramona Gonzalez of Nite Jewel plays synths and sings on four. On the standout ‘Intensity’, their complex harmonies intertwine with Perhacs’ lead vocals in mesmerising arrangements. Holter’s staccato “ah”s are little silvery shots of drama in a growing tide of percussion and guitars as the song builds to a climax before trailing off, unresolved. ‘Prisms of Glass’ is stunning, too, the intricate interplay between the backing and lead singers rivalling even the vocal layering on Parallelograms.

Holter’s timbre is clearly similar to Perhacs’, but interestingly the influence seems to travel both ways, with the treatment of vocals on ‘Song of the Planets’ recalling Holter’s own techniques on Ekstasis. As well as her and Gonzalez’s additional vocals and synth parts, co-producers Chris Price and Fernando Perdomo play organ, flamenco guitar, Rhodes piano and effects in addition to guitar, percussion and keyboards. In contrast to richly textured songs like ‘River of God’ and ‘Prisms of Glass’, ‘Freely’ and ‘Children’ are spare and have no percussion, sequenced evenly with the album’s more intense pieces.

The album’s most haunting moment comes on closer ‘Song Of The Planets’, where Gonzalez, Holter and Perhacs sing a stunning paean to unity and the “prayer filling all the universe” over keyboards, violas and synths. The voices become a chalky, abstracted backdrop, and Price intones a spoken word segment that ends with the album’s ultimate moral and final question: “There is but one life, which is the very essence of the world / It is love that will open the doors. What will your answer be?” As Perhacs explains in the text accompanying the album, her aim is not to preach: “My soul is giving itself to the people; I want them to be helped, I want them to be lifted.” Taken on its own, her statement seems like the relic of a bygone Age of Aquarius, but The Soul of All Natural Things realises her intent wonderfully, its gorgeously crafted pastoral songs a gentle invocation to inner peace.