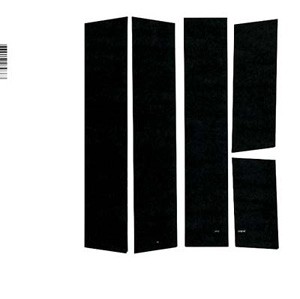 Years ago, graphic designer Nigel Truswell was encouraged by Autechre’s Sean Booth (among others) to create his own music. This probably turned out better than either of them expected: Truswell ended up creating brutal cinematic ambience with Skam-like beats under the name Oberman Knocks, and Booth reflected that the results made Autechre ‘sound like a posh garden party’. Now, having championed Oberman Knocks on her Aperture imprint, electro stalwart Andrea Parker has facilitated an official meeting between the two. The result is the Dilankex EP, a 5-and-a-half minute track from Oberman Knocks, backed by a staggering 17-and-a-half minute remix by Autechre.

Texture dominates the flip too. As Booth recently remarked, for Autechre rhythm, melody and harmony are now almost entirely interchangeable textures, and their remix of ‘Dilankex’ makes great play of this. Now a tumbling flight at 145 bpm, the original is reassembled as a dense stream of furious activity. Panned dead centre throughout is a thrashing core of colliding, grinding, stuttering fragments; defying definition, each voice is simultaneously percussive, gestural and pitched, moving at intense speed and never settling on any one characteristic. The track’s overall shape develops around this with patience, larger variations introduced through pads and harmonies unfolding into the wider stereo field.

But at 17-and-a-half minutes – and with no contrasting material – it is knackering. This durational aspect has become increasingly significant for Autechre ever since Oversteps, their expansive, virtuosic performances on limited voices seemingly underlining that each track is only the nth percentile of an infinite number of possibilities. This can be exhausting and, in this case, over-sized for the job at hand.

Still, the meta-textures are undeniably breathtaking, and the track may work differently in the right context. After all, DJ Stingray has shown just how expertly the sleeker, jaw-grinding, Shepard Tone masterpiece of ‘Dial’ can be put into practice. Crucially though, while many listeners will instantly gravitate to the remix of ‘Dilankex’, Oberman Knocks’ original is its own superb, brief mass of dramatic atmosphere. It shouldn’t be missed.