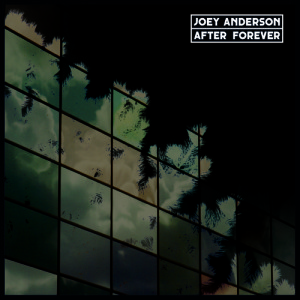 “I’m doing such a favour to the listener, getting them to hear this guy,” Levon Vincent said of Joey Anderson back in 2012. The occasion was Vincent’s Fabric 63 mix, which used Anderson tracks ‘Earth Calls’ and ‘Hydrine’ as its cryptic centrepieces. He was right of course, but it’s striking that Anderson’s music – unlike that of his New York and New Jersey colleagues DJ Qu, Fred P and Vincent – needed a helping hand to reach an international audience.

Then again, an encounter with his unusual brand of deep house will probably explain why. In an Anderson production, the beats shuffle and flicker rather than settling into solid grooves; the synth lines dance teasingly around a hook without ever spelling it out; and piano licks fall just the right side of aimless, a little like the soulful tinkling of Nu Groove if the Burrell brothers had decided to hit the notes between the notes. Perhaps Anderson’s background as a house dancer is relevant – these are dance tracks that provide only half the answers, inviting your body to fill in the rest. With this in mind, it shouldn’t come as a surprise that Anderson’s debut album is a brow-furrowing affair. A busy 2013 showed that he could produce anthems of a sort – the weepy ‘Press Play’ was one of the year’s finest tracks. But After Forever is, even by Anderson’s standards, intensely subtle and withdrawn.

Granted, there’s the odd more straightforward groover – ‘It’s A Choice’, say, or the sprightlier ‘Sorcery’, which rolls along for almost nine minutes, doing a lot with very little. ‘Heaven’s Archer’ and the gorgeous ‘Sky’s Blessings’ are also dependable presences on the album’s digital version (both are taken from prior Dekmantel EP Fall Off Face). But mostly Anderson seems intent on withholding simple pleasures. ‘Brass Chest Plate’ is probably the best example of his dogged pursuit of the unresolvable. Aside from its stolid techno groove it’s in a perpetual state of flux, with a large cast of synth patterns drifting by in succession. Just as things seem about to settle, some new chord or melody wrenches the mood out of joint. It’s an intriguing effect, but a pretty exhausting one too.

Here and elsewhere Anderson’s structuring feels modular, with these conflicting moods and intensities as its building blocks. In fact, in a couple of places the recombinant approach is taken further: the same circumspect piano line appears in a pair of beatless numbers, ‘Space Between Curtains’ and ‘Space Colors Ideas’, while the grandiose synth line from ‘Heaven’s Archer’ is reused in ‘Archer’s Ceremony’. It’s almost as if these tracks – and perhaps all of Anderson’s music – were the output of a single ongoing alchemical process, and we’re sat in the lab watching the test tubes bubble. When the formula’s a good’un it’s a pleasure to observe. But by the end of After Forever you might find yourself wishing you could get straight to the gold without all the hard work.