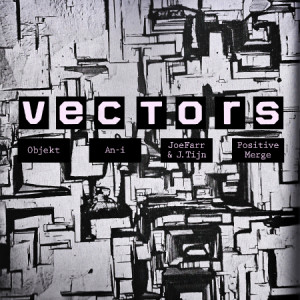 These days, it seems, each post-Blawan dancefloor terroriser is younger than the last. Which is not necessarily a bad thing – after all, few over-25s have the serotonin stockpile required for all that gurning field research. But it wasn’t so long ago that hard techno was the sole preserve of the old and the criminally uncool.

Milo Smee’s Power Vacuum label has served as a refuge for such producers. Smee himself boasts a discography dating back some 15 years; EDMX is a veteran of Rephlex Records; Mark Broom has been involved with British techno more or less since the start. Unsurprisingly, the label’s sensibility is equally drawn from the past – specifically ”first generation electro and acid house”, in Smee’s own words, cut with the ‘ave it sensibility of British rave. But at their best, Power Vaccum releases assail convention as much as uphold it. The likes of Smee’s Live* & Locked LP, which tackled 133.33bpm from several oblique angles, or EDMX’s punishing ‘Cerberus’, approached familiar forms with playfulness and flair.

So while Vectors, the label’s first various artists EP, is a new venture in one respect – the majority of the producers here are younger, and all are new to the label – its spirit remains much the same. Smee makes room for another vet too, in the form of New York’s Lee Douglas, better known for his psychedelic disco-house workouts. Douglas has been notching up the intensity lately, whether as one half of Bad News with Ron Morelli or in last year’s dystopic collab with Smee for the Brothers label. But none of that quite prepares you for the weird metallic cacophony of ‘Convo’, under his new An-i alias. Too sludgy to be properly danceable but far too weird to be boring, it’s just the sort of techno oddity that Smee seems drawn to.

Elsewhere, Objekt makes similar efforts to find a middle ground with the Power Vacuum aesthetic. Electro number ‘Balloons‘ sounds unusually rough-edged for him, but even at its most chaotic there’s a familiar precision to the way it crumples and buckles – as if we’re hearing the last hurrah of a battered crash test vehicle, its destruction meted out with scientific rigour. Pennyroyal’s J. Tijn reins in his more absurd tendencies with Joe Farr collaboration ‘Mustard Sucker’, whose swampy synth acrobatics might be dull were it not for the audacious three-time breakdown. Only Odessa’s Positive Merge fails to hold the attention. The production line trudge of ‘Note’ displays all the aggression of its companions but without their taste for the unusual. And the unusual, it seems, is Power Vacuum’s most effective weapon.