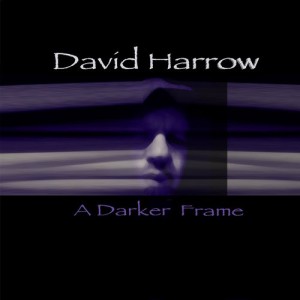 David Harrow is one of those people whose musical life is well worth tracing because it traverses all kinds of hidden places in the cracks between scenes and genres. A London punk, participant in the Berlin Neue Deutsche Welle alongside DAF, member of Psychic TV and Jah Wobble’s Invaders Of The Heart, regular collaborator with Adrian Sherwood and various On-U acts, key part of Andrew Weatherall’s Sabresonic set-up and partner with Weatherall in Bloodsugar, producer of jazz-jungle under the James Hardway alias through the nineties – and on, through to a move to L.A. and deep participation in the city’s dubstep and drum’n’bass scenes as well as the Low End Theory Axis as half of the (surprisingly varied, given the name) Pure Filth Sound.

All of which is all very interesting, but not really relevant to this curious album, which – even thought it was released to coincide the date of Harrow’s first single exactly 30 years before – doesn’t look back. Instead it stands on its own with its 24 small, bare tracks not quite fitting in to anything but their own odd little worlds. There’s a lot of dance, electronica and dub technique here, but it feels worlds away from any dancefloor as we know it. There are none of the creative collaborations that Harrow seems to compulsively collect – indeed, in contrast to the hyper-social, rave-rocking Pure Filth stuff, this feels like a really personal, introspective project – a dream diary, or sketchbook maybe.

Some of the tracks are a minute or less long, and feel like someone working something out through sound, or acting out a little conceptual drama – take the 45-second ‘Glox’ which is just a short sequence of transformations, from whirr to buzz to twinkle, and could easily be no more than a sci-fi sound effect for a robot whizzing past or something, but taken alone as pure sound has a real haiku elegance to it. Likewise the 65-second ‘Domino’, in which alien insectoid mouth sounds rise through electronic chimes and strings then dissipate as a bassy tone rises up in turn and takes over, finishing the piece with such calm that it feels like a logical argument has been run through to its satisfactory conclusion. These are complete pieces, that seem to make sense to themselves, even if you can’t understand them.

There are other variations on soundtracky drones and buzzes, too, but the general mode is sparse percussion jams – try ‘Clockwork’, ‘Brokenvoodoo’ or ‘Sore Subject’ – frequently edging into Shackleton territory, though with loose, seemingly hand-played rhythms rather than his studious constructions. There are a lot of tablas, marimbas and gamelan type sounds, but there’s not a hint of exoticism about this: the percussion jams are just as tidy and personal in their internal logic as the more synth-based pieces. The closest parallel might be with the similarly Zelig-like explorer Burnt Friedman, but the miniaturism here gives an even sharper focus on the individual sounds and their place within the constructions. It’s a puzzling listen, and not always satisfying, but good god it keeps drawing you back for more. For an album to function so completely on its own terms as this does is no small achievement, let alone for someone who’s been releasing music for three decades.