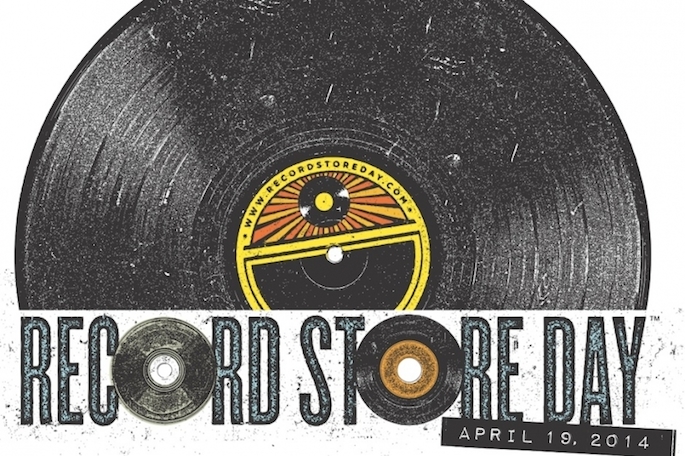 It’s that time of year again: Record Store Day is right around the corner.

While the backlash surrounding Record Store Day (is it an unnecessary burden on record shops, pressing plants and collectors’ wallets?) shows no signs of abating, it remains a special day for vinyl fans around the world.

Record Store Day always presents a variety of special editions, box sets and assorted curiosities, and this year is no different. But as record labels have gone whole hog on RSD releases, it’s become increasingly difficult to separate the wheat from the chaff — for every David Bowie picture disc, there’s a 311 or Korn reissue.

As we have in the past, we’ve sorted through the lists and collected 20 of the most essential releases dropping on Record Store Day. Keep these in mind if you decide to brave the crowds on April 19. And as always: support your local record store on the other 364 days of the year. 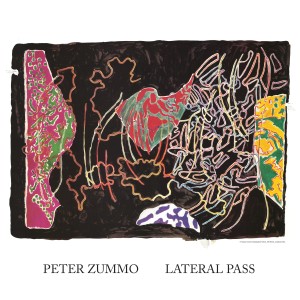 Over the years, 1985’s Zummo With An X – the debut proper of storied trombonist, compose and Arthur Russell collaborator Peter Zummo – has been canonised as an off-piste classic. This package from Foom presents that album’s four-track follow-up, Lateral Pass. Gorgeous, intricate compositions are nestled inside, including the original quintet version of well-known Russell collab ‘Song IV’ 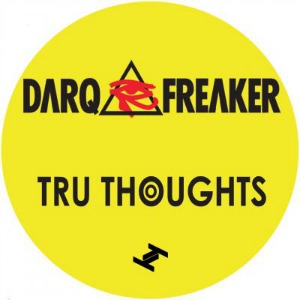 Riotous, polychromatic grime 2.0 from Danny Brown’s go-to guy, Peckham producer Darq E Freaker. The Kill Bill-sampling heavy-hitter originally did the rounds as a tip-top Wiley freestyle, but now the instrumental has finally been liberated from the dubplate wilderness for release as a one-sided 12″ on yellow and red splattered vinyl (see what they did there?). 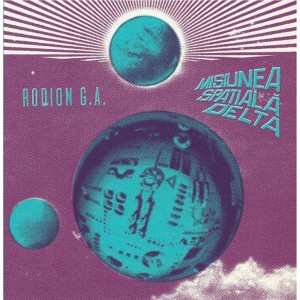 Rattled, rolled and hollered to Strut’s ace 2013 primer The Lost Tapes? Here’s more histrionic electro-funk from Romanian firebrand Rodion G.A. This mothballed sci-fi soundtrack (translation: Delta Space Mission) is as exuberant as his other unearthed works, with some astral stardust sprinkled in to boot. Never before released. 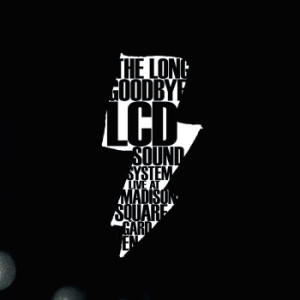 Back in 2011, James Murphy and friends played their oft-commemorated final gig at Madison Square Garden. If you didn’t manage to score tickets, or catch the documentary, or read the photo book, Murphy has produced and mixed the band’s swan song into what he’s described as an “infuriating” — and unabridged — live album. A prototypical Record Store Day collection for LCD Soundsystem completists. 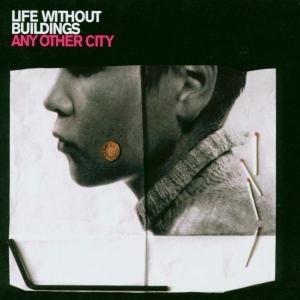 LIFE WITHOUT BUILDINGS
ANY OTHER CITY
(ROUGH TRADE, LP)

Arguably one of the great Glasgow records of 2000s, Life Without Buildings’ sole studio album still twitches with the best of ’em – jerky indie pop, loosely reminiscent of Young Marble Giants and The Fall, with a post-hardcore sensibility. Released in 2000, repackaged in 2001 – and now finally given some with-historical-perspective reissue love.

Hot on the smoke trails of his recent Thrusters LP, unpredictable Cambridge producer Nochexxx knocks out some new business for RAMP. His last platter tilted from screwy rave music to bleepy dancehall, so best to just trust in Dave Henson’s never-knowingly-restrained whims. 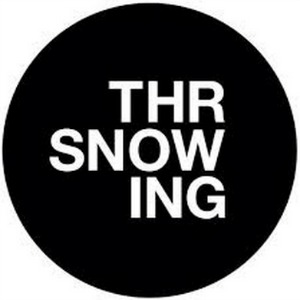 Later this year Ross Tones will serve up his debut Throwing Snow album for Houndstooth, but ahead of that milestone the hard-working UK producer has pieced together a fun-size treat, taking three tracks from the forthcoming LP – ‘Maera’, ‘The Tempest’ and ‘Linguis’ – and giving them the club-facing VIP treatment. 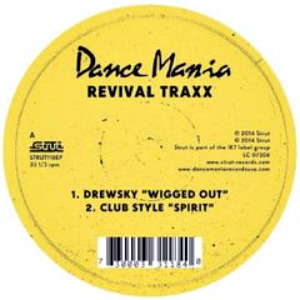 Strut links up with the seminal Chicago house label for a postscript to February’s epic Hardcore Traxx retrospective (as documented in FACT’s in-depth oral history of the imprint), unearthing three more sparklers from the archive. It’s the first reissue for two rare tracks from the catalogue by Drewsky and Club Style (Paul Johnson and Robert Armani) and, most excitingly, the first time on wax for ‘Mellow Magic’ by Parris Mitchell under his Rhythm II Rhythm moniker. 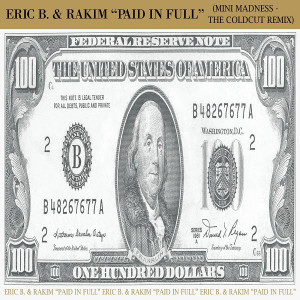 ‘Paid in Full’ was the final single from Eric B and Rakim’s debut album, and while it was a club hit in the US, it actually performed better in Europe thanks to Coldcut’s remix. Fusing the original’s sample of ‘Ashley’s Roachclip’ with vocals by Israeli singer Ofra Haza, their take on the song is a groundbreaking — if divisive — remix: Coldcut’s Jonathan More said Eric B described it as “girly disco music” while Rakim called it “the best remix he’d ever heard.” This 7″ by reissue experts Get On Down includes the Mini Madness Coldcut remix and a reproduction of the original cover art. 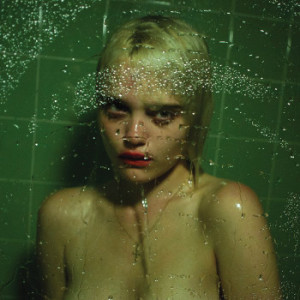 We were just as disappointed as Sky Ferreira herself when Night Time, My Time didn’t show up on vinyl initially. While that situation was remedied a few months back, it looks as if the label are making up for the delay with this picture disc featuring the album’s striking cover art. 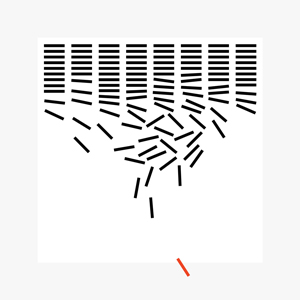 Daniel Lopatin probably never imagined his ironic (and sometimes absurd), synth-heavy interpolations of Tangerine Dream and Klaus Schulze would catapult him into a career that saw him crafting tracks for Saatchi & Saatchi, but that’s exactly what’s happened. Commissions I bundles up three of Lopatin’s compositions for art, film and performance, and presented in a foil jacket and limited to a meager 1000 copies we’re predicting that it’s going to be one of RSD’s most sought after 12”s. 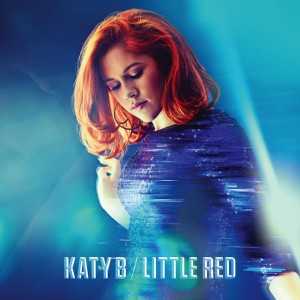 Our favorite UK pop star kept the party going with her second LP and Sony will drop a double-LP of Little Red for Record Store Day. Update: It turns out that this is just the album with Route 94’s remix of ‘5 AM’ swapped in. 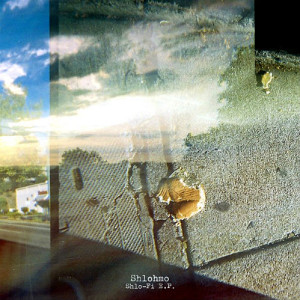 While he’s now a household name around these parts, Shlohmo was just another face in the crowd of the LA beat scene back in 2009. Still, his debut EP for Error Broadcast would point towards the woozy beatcraft he would establish himself with, if in name only (‘My Drum Loop Is Stuck In Molasses’). This one was reissued a few years back, but this edition has even more remixes. 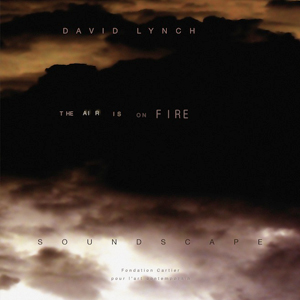 DAVID LYNCH
THE AIR IS ON FIRE
(SACRED BONES, LP)

Released back in 2007 on CD, The Air is on Fire is a composition that Lynch put together with collaborator Dean Hurley as an interactive installation at an exhibition of his art in the same year. The moody, off-world soundscapes shouldn’t surprise dedicated Lynch aficionados, and Sacred Bones are handling the very first vinyl pressing of this rare gem. 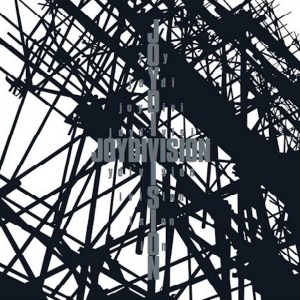 The reissue of the Salford lads’ much-bootlegged 1978 debut EP finally gives hardcore fans a chance to own the two songs not included on rarities collection Substance, and all four tracks have been remastered at Abbey Road for good measure. Joy Division ultras will note that Rhino have opted to use the inoffensive artwork from the later 12″ release rather than the original 7″ sleeve, which depicted a Hitler Youth kiddie banging a drum, fuelling the initial controversy around the band’s use of Nazi imagery. 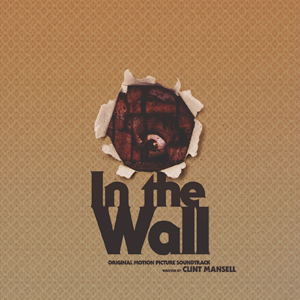 The horror heads at Death Waltz have a whole platter of goodies ready for RSD 2014, but our pick has to be ex-PWEI frontman Clint Mansell’s outstanding score for 2007 horror short In the Wall. Taking cues from the maestro John Carpenter (just check those pulsing analog basses and plucky piano twinkles) it’s a sparse, chilling treatment from one of the best composers in the industry today, and is limited to 900 copies. North America will get a brown and white swirled vinyl with heavy clear splatter, and the rest of the world will be getting a brown and yellow swirled vinyl with a heavy clear splatter. 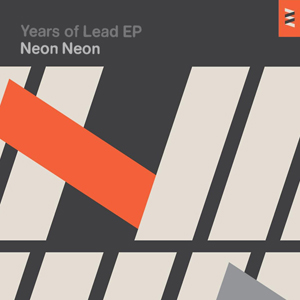 Gruff Rhys and Boom Bip followed up 2013’s Praxis Makes Perfect with this solemn, synth-laced four-tracker that originally came bundled with the full-length. Lex have now done us all a solid by pressing the EP to vinyl, and if you fancy a copy you should be quick – it’s limited to a very modest 500 copies only. 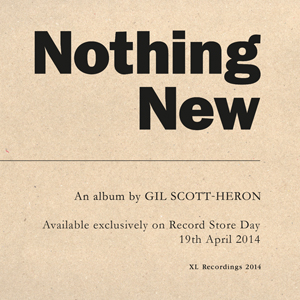 While Gil Scott-Heron sadly passed in 2011, he left behind a full album’s worth of recordings made at the same time as his acclaimed swan song I’m New Here. It’s a set of stripped-down versions of some of Heron’s best known tunes, performed without overdubs, and stands as the final portrait of one of the 20th century’s greats. 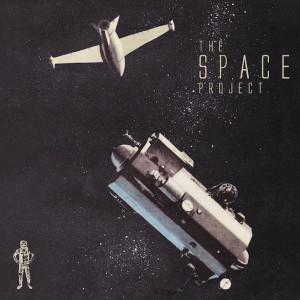 A Conet Project-style collection of satellite chatter. Not quite. Lefse’s compilation offers a diverse set of commissioned tracks, mostly from indie poppers and space rockers, based around samples from the Voyager 1 and 2. Youth Lagoon, Beach House, Jesu and The Antlers all contribute; Blur, meanwhile, do not. 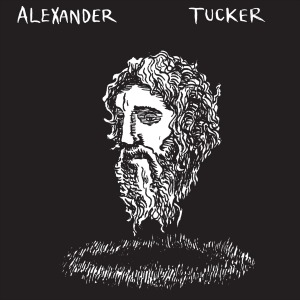 The debut LP from leftfield songwriter, sound collagist and Grumbling Fur member Alexander Tucker had to make do with a low-key CD-R release when it first appeared in 2005, so it’s about time the album received its first ever vinyl pressing. Those who manage to track down the reissue (whose 10 tracks have titles like ‘The Hungarians Give Up Everything for their Guests’) will also get a download code to access another 20 minutes of extra material.