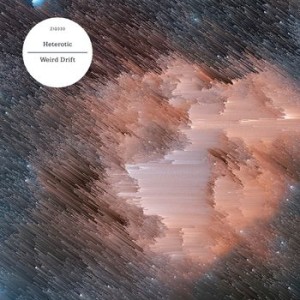 Heterotic, the duo of Planet Mu founder Mike Paradinas and his wife Lara Rix-Martin, made their debut early last year with Love & Devotion. An album of sweetly textured synth-pop that made good use of the vocal talents of Gravehurst’s Nick Talbot, it was, on the surface at least, a far cry from the music that Paradinas has become known for under his most famed pseudonym, μ-Ziq – a jittery, exploratory hybrid of techno and breakbeat that all but defined the genre known as IDM.

Such is the alien intensity of the music Paradinas made in the ‘90s that it’s easy to perceive any music that he makes that strays outside of this template as cause for raised eyebrows. But before μ-Ziq, Paradinas cut his teeth as a keyboardist in an electro-pop group, and as he revealed to FACT’s Angus Finlayson in this 2013 interview, his first clubbing experiences were to soul and rare groove, an experience that has perhaps instilled the fecund melodic sense often latent in his work. Add to this Rix-Martin’s early love for the likes of Fleetwood Mac and Peter Gabriel, and it’s perhaps easy to visualise the shared space in their venn diagram of influence.

Heterotic’s second album is, if anything, an even poppier record than its predecessor. Replacing Nick Talbot on vocals on seven of this record’s 12 tracks is Vezelay, a.k.a. Frenchman Matthieu Le Berre, who released an EP of dreamy electropop on Planet Mu in 2011. Le Berre’s vocal is a breathily beautiful thing, of a kind with that of Jeremy Greenspan of Junior Boys, and his presence seems to coax a deeper and more detailed sense of songcraft from the duo. On Love & Devotion, you suspect the material happened to suit a vocalist; here, you get the impression that music was written deliberately for a vocalist, and the improvement is subtle but pronounced.

The other side of ‘Self-Importance’, a melancholic proto-Italo opener adorned with twinkling keys and echo-soaked snare crashes, Le Berre makes his entrance on ‘Rain’. His falsetto flutters and weaves through an impossibly lush concoction of crashing waves, keyboard washes and twinkling melodies, paced closer to a late night slow jam than a club track. The skittering rhythms that open ‘Boxed’ nod to Paradinas’ infatuation with footwork, although Le Berre’s quiet storm vocal ensures that the track remains on a deep, introspective tilt. On ‘Triumph’, they dispense with a conventional drum track, intricate electronic rhyths criss-crossing in elegant syncopations.

Sensuality would seem to be the key here, as you’d expect from a group calling themselves Heterotic (although the name itself is no pun, being both biological terminology referring to an organism’s genetic vigour, and something to do with string theory – let’s just call this sex music for eggheads). By and large, Weird Drift works better when it’s upbeat, as on ‘Florence’ or the Rhodes-powered instrumental ‘Sultana’, drifting into moments of chillwave insubstantiality on the likes of ‘Shoe Soul’. The closing ‘Empires’, meanwhile, ends on the sort of rousing piano climax that briefly brings to mind Coldplay – hardly ideal.

Still, none of this is a dealbreaker. For my tastes, Weird Drift is a little laid back, lacking the vertiginous drama that you find in the best synth-pop, and I’m more inclined to stick with another recent Planet Mu foray into the form, Miracle’s overlooked Mercury. But Heterotic are generous with the melody, and the revolving vocalist format, if they choose to pursue it, certainly has potential. They may find their sweet spot yet.