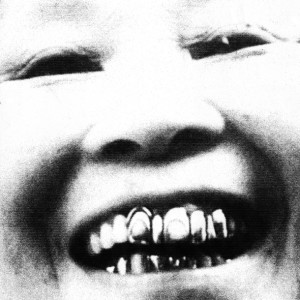 Plenty of producers make just one record before disappearing, perhaps abandoning dreams of a career in music when they realise that their chances of becoming the next Aphex Twin are vanishingly small. Only occasionally is this a bad thing. Sd Laika debuted on Visionist’s Lost Codes label back in 2012, with the stark Unknown Vectors EP; apparently this might have been the last we heard from him, had Tri Angle’s Robin Carolan not got in touch. Which, given the sounds contained therein – charred, aggy hybrids which positioned Milwaukee’s Peter Runge as one of grime’s most promising young deconstructionists – would have been a great shame.

That’s Harakiri, as well as being a fitting description of the grisly things Runge does to various dance music conventions, is that EP’s long-awaited followup – though it’s perhaps better viewed as a partner-piece or expansion pack, having been compiled from tracks made around the same time. It’s certainly an aesthetic which merits exposition. Runge’s take on grime is, as with the gold-toothed child on the album’s cover, infantile, threatening and absurd in equal measure. Plenty of new producers are doing interesting things on the outer fringes of the style – Filter Dread is probably Runge’s closest contemporary – but nobody sounds quite like this.

That said, grime doesn’t dominate the album in quite the manner you might expect. Granted, there are some direct references – ‘I Don’t’, for example, deploys those PlugSound blips beloved of Wiley in a way which is miles more imaginative than your average Eskibeat update, while opener ‘Peace’ bathes raddled squarewaves in piercing layers of hiss. Mostly, however, the style is a foundation sunk sufficiently deep as to be invisible, only detectable in the subtler aspects of Runge’s sensibility – his taste for semitonal melodies, perhaps, or for sharp contours over smooth transitions. Otherwise, UK funky (the loping syncopations of ‘Meshes’ and ‘Percressing’), or lo-fi techno (‘Remote Heaven’) are just as likely to make an appearance.

Still, in keeping with grime, the producer’s best work aims for that sense of vertigo induced by very large doses of the very unusual. ‘Gutter Vibrations’ is probably the strongest in this respect – its spasming percussion and constricted synth squiggles, coated in pungent underlayers of static, demand several listens before you can follows their twists and turns. The hard-tekno cacophony of ‘It’s Ritual’ is pretty compelling too, and ‘Peaked’’s scrambled beat bleeds away well before you can work out what’s going.

As these moments demonstrate, Runge uses concision as an effective tool. He falls down when he attempts to spin out his ideas over longer periods. Unlike, say, Actress – who is certainly an influence – our man has yet to nail the art of the endlessly listenable loop; the likes of ‘Great God Pan’ and ‘Don’t Know’, while arresting for the first minute or so, soon begin to plod. The problem is partly technical: jacked up with compression and slathered in piercing hi-end, Runge’s productions aim for constant, exhausting impact over depth or subtlety. Which might seem a fitting tribute to the spirit of grime, but it rarely does justice to the complexity of the producer’s musical ideas. Still, with any luck this failing will be ironed out over time. Let’s hope that, following That’s Harakiri, Runge doesn’t abandon music-making again; if he does, we’ll never get to hear what he might achieve.