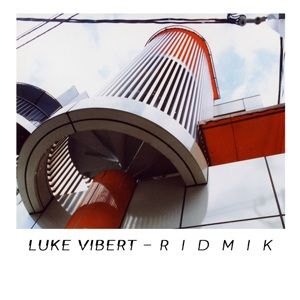 I once sat around a McDonald’s table nibbling at a drunken 7am breakfast muffin, while Richard D James, Tom Jenkinson and Luke Vibert indulged in a high-velocity geek-out about the practice and meaning of breakbeat edits. It was fascinating, but I think my brain is still scarred by the information overload.

Vibert has always been the odd one out among that trio. While the other two have tended to produce music that willfully displays precisely that kind of information overload, wearing their complexity and mathematical virtuosity (not to mention rave-nutter status) on their sleeves, his various explorations of disco, acid, library music, jungle and hip hop have always been altogether slicker, smoother and nicer. Punctuated with landmark albums (Throbbing Pouch as Wagon Christ in 1995, Yoseph under his own name in 2003, the first self-titled Kerrier District album in 2004), he’s rolled out a vast catalogue of music united primarily by smooth surfaces and tidy fusions. And so it is here, with an album of clean and shiny tracks which all basically fuse acid house and 80s boogie with a fair dose of supper club jazz fusion (close harmony scatting and all), and which could almost slip by unnoticed if you let them.

Vibert does have skills (and perversity) which in some ways rival Aphex and Squarepusher: it’s just that he tends to direct them towards that very slickness. Once you let this record sink in – and it’s extremely easy to keep coming back to it, like a nice bag of sweets – it starts to become apparent what an achievement it is to make it sound as smooth and unassuming as it does. The warp and slide of the 303 in acid is always tough to control, and it’s partly that general impossibility of making it adhere to standard musical rules that gives it its alien appeal. Vibert, however, insists on controlling it with a slightly deranged precision – an iron fist in a velvet glove if you like – so that no matter how bendy and gloopy his acid lines are, they almost always form sweet little melodies that harmonise perfectly with his jazzy chords. Somehow here, the 303 feels not like the brain-churning Lovecraftian tentacle-beast of “proper” dirty basement acid tunes, but an instrument like any other.

It’s not an instrument like any other, though, is it? No matter how sweet-bordering-on-twee these acid lines might get, they are still acid lines and they do that acid lines do. Whether it’s the super-resonant high end fizz of ‘cs303’, ‘Acrobot’ or ‘Acid Jacker’ or the subtler swerving notes of ‘Ridmik’ and ‘Overstand Me’, those lines squirm and worm and gurgle around, so however gently muzak-y things might get, they ooze inside your brain and tickle those special places that only acid gets to, completely undermining the music-for-Ceefax vibe. And that simultaneous innocuousness and weirdness gives the whole thing a fundamental cognitive dissonance that makes it in equal parts frustrating and absolutely addictive. There are quite a few tracks here that will work fantastically as club bangers in their own right, but taken as a whole album this is something else – some of the oddest, most confounding easy listening you’ll find anywhere.