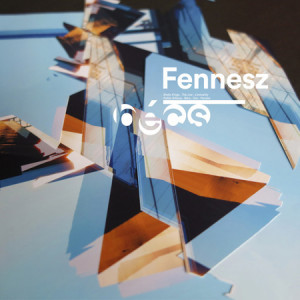 Christian Fennesz’s last album for the Editions Mego label (back then simply known as Mego) was 2001’s Endless Summer, an album that both confirmed the label’s reputation as a home for boundary-pushing computer music while challenging the orthodoxy that these things need to be, well, challenging. At its heart, in fact, this was a guitar record, albeit one in which those familiar six strings were subjected to extreme laptop processing: looped and layered, dismembered and pixelated, swamped in reverb and dotted with glitches. Still, though, its gauzy, vaporific melodies and mood of luminous euphoria pointed out to some human touchstones: to My Bloody Valentine, and The Beach Boys.

Thirteen years on, and Bécs – its title pronounced ‘baeetch’, Hungarian for ‘Vienna’ – has been positioned by Editions Mego as a sort of sequel to Endless Summer, a return visit to those honeyed pastures. Certainly, confirms Fennesz, the modus operandi is similar. In contrast to the detailed, composed sound design of his Touch albums such as 2008’s Black Sea, these seven tracks find Fennesz returning to more of a ‘live’ approach – light of tone, improvisatory of feel and open to happy accidents.

This approach, in concert with the presence of a number of guest musicians, has the curious effect of making Bécs occasionally feel like the work of a band. The album’s highlight, the 10 minute ‘Liminality’, imagines roughly what we might hear if Kevin Shields stepped up to produce The Durutti Column, jazzy guitar repetitions treated with sustain so notes hang in the air like a heat haze, and Tony Buck of The Necks weighing in with little flurries of percussion. ‘Static Kings’, meanwhile, was originally to feature vocals from Mark Linkous of Sparklehorse (the pair worked together in 2007 for an instalment of Konkurrent’s collaborative In The Fishtank project). Following Linkous’ death, Fennesz resolved to rework it as a sort of instrumental tribute. A heady drift of fragile guitar and static crackle featuring gentle bass and drums by Werner Dafeldecker and Martin Brandlmayr, listen close and you’ll swear you could almost hear Linkous’ voice deep in there somewhere, lingering just at the edge of recognition.

Elsewhere, Bécs veers from pristine, almost untouched acoustic guitar reveries (‘Paroles’) to swirling, marbled drones (‘Pallas Athene’) to the title track, which is simultaneously the album’s most tuneful and most distorted moment: a symphony orchestra glimpsed through a static storm. It’s typical of Christian Fennesz to take pretty sounds and warp them, twist them, plaster them in electronic scuzz. But Bécs is seldom unapproachable; it’s also his style to leave just enough beauty poking through the seams.