No Romance: how Tirzah is making some of the strangest pop music around 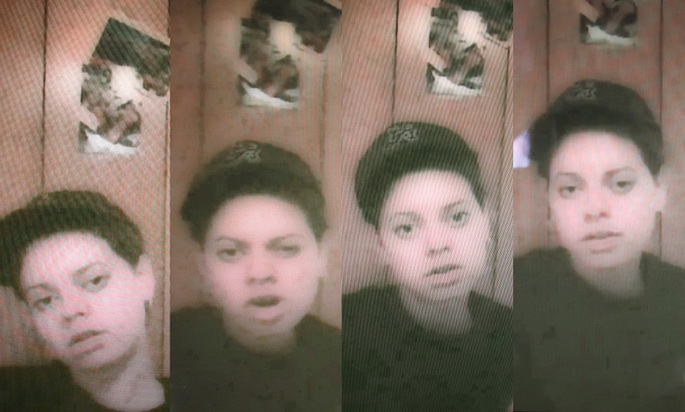 Dance-pop is everywhere these days.

The UK is positively dripping with it. And as any devotee of the form will tell you, it’s not quite a musical genre so much as a worldview; a tendency to refract pop’s universals – love, loss, unfulfilled desire – through the lens of a packed 3am dancefloor. Tirzah presumably knows this. After all, last summer’s ‘I’m Not Dancing’ was one of the year’s most intriguing takes on the style. Paired with a ragged beat by schoolfriend Micachu and a bassline that might be the wheeze of a downpitched recorder, the London singer’s assertion that she isn’t, in fact, dancing at all, but fighting, comes across as a playful jab at all-is-love dancefloor platitudes. The fact that the track was released by dance-pop label du jour Greco-Roman – home to music from Disclosure and Totally Enormous Extinct Dinosaurs, among others – made things all the more interesting.

An EP of the same name showed Tirzah to be more than a one hit wonder. This was not slick pop music – quite the opposite in fact, the half-songs, mumbled skits and addled sonics often seeming designed to wrongfoot the listener as much as entertain them. But Tirzah’s laconic presence and unvarnished soul voice proved sufficiently compelling to keep you coming back. With Tirzah’s second EP, No Romance, out this month, FACT’s Angus Finlayson dropped her an email to find out more.

Talk about your relationship with Micachu over the years. You met at school, right?

Yep we met at school. I started doing little sketches as a joke with Mica on the guitar, then we wanted to make the most of the new music tech room at school so we would just be in there for a couple of hours messing around and getting into recording.

I know Mica studied at Purcell – was that where you were, too? What sort of classical music training did you receive there? And how does that formal training affect the music you’re making now?

Yeah I was there too – I played the harp. But it doesn’t feel like the training affects the music I’m doing now… maybe it does without me really thinking about it, in a way? I think the time away from the classical training influences me more than when I was in it, if that makes sense!

You guys grew up on the outskirts of London, right? How did proximity to the capital affect the kind of music you were into? Did you follow London dance music – garage, grime, dubstep and so on?

School was in Bushey in Watford, but yeah we would be listening to London dance music for sure. We got away one evening to a CDR night at Plastic People on Curtain Road to get one of our songs played on their sound system.

You’ve mentioned that Plastic People might be your favourite club. Could you talk about any particular clubnights, scenes or DJs you check out regularly, and how they might have influenced your own music?

There’s been a resurgence in British dance-pop lately – with people like Disclosure getting house music into the charts, and the likes of Katy B singing about dancefloor romanticism. Do you feel a kinship with these artists? In what ways are your goals the same as theirs, and in what ways do they differ?

I hadn’t thought about it! The lyrics weren’t particularly conscious but maybe on some level there’s something there. I couldn’t speak for Disclosure or Katy B’s goals but I didn’t have any… what comes at the end of the working on the track is just what it is. There is something to be said about dancefloor romanticism though. I like that.

Talk about the process of making your tracks. Where does the seed of a song come from? Does Mica solely handle the instrumental and you supply a vocal over the top, or is there more give and take?

Yep Mica is in charge of the instrumental, and I’ll do a vocal over part of it or all of it in one or maybe a couple of different stages – I get the easy job basically!

Does collaborating with Mica serve to steer your vocal performance in a certain direction? Does she bring certain things out of you that you wouldn’t get working solo?

Yeah I reckon so but it’s hard to say… I’ve only ever really just done stuff with Mica and that’s where I’m most comfortable.

Both of your EPs to date have been pretty short. How long does it take to make your music? Do you obsess over small details or do things happen fairly quickly?

A bit of both, although things tend to happen fairly quickly. We end up with a lot of sample tracks because we’re doing little things here and there as we go along. Obsessing about the small details maybe comes more at the end once we’ve got it all together and it’s already kind of finished.

I get the feeling you’re not hugely into courting publicity. Does pop success – stardom, even – appeal to you? Is it your ambition to have a career in music?

Yeah I’m not great with publicity stuff! I don’t have music career ambitions… I enjoy being able to make music without too many other distractions.