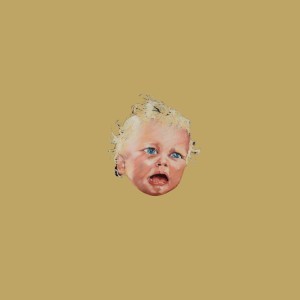 With The Seer, there was a feeling that the “rope to the sky” had been climbed to its last twist. A reminder that rock music still has the capacity to be incredible, Swans’ 2012 epic left the impression that band leader Michael Gira had reached a conclusion in his quest to find his place in the universe. To Be Kind is the wave rolling back, as all that existential rage and cosmic hunger subsides and becomes something different.

On To Be Kind, Swans’ astonishing combination of alarmed wonder and almost monomaniacal repetition that became their formula these last few albums shows signs of waning. What 2010’s My Father Will Guide Me Up A Rope to the Sky did was relocate the filth and abjection of industrial drone to the gates of heaven and the scene of some celestial cataclysm, some dimensional end-point as Gira expires and becomes one with the universe. The journey from gutter to God that the band has employed as their vehicle – as their “rope to the sky” – since My Father, a drone which climbs but never arrives, that transports you but only to the place where you began, has no equal in contemporary psychedelia as an expression of infiniteness. On To Be Kind, however, it’s precisely this build approach that yields diminishing returns.

Take, for instance, the 35-minute long ‘Bring The Sun / Toussaint L’Ouverture’. An uncharacteristically facile composition, here the band’s approach to ramping up the intensity consists of merely adding more instruments, more caterwauling, and playing progressively faster and more violently, the whole todo coming off a tad one-dimensional and straightforward. Moreover, having now painted themselves into a corner, after the midway climax and with nowhere else to go but down the band resort to bouts of watery ‘ominousness’ and inert jam band improv. Whereas The Seer‘s 32 minute title track had you gripped from beginning to end, ‘Bring The Sun…’ hasn’t nearly enough innovation to justify its biblical running time.

The formula falls short again on both ‘Kirsten Supine’ and the album’s title track. Between the former’s less than inventive combo of plodding drum meter and wailing guitar noise and ‘To Be Kind”s hushed longueur and drum-busting eruptions, neither track compares to the intricate engineering and machine-like beauty of similar tracks on The Seer. Later in the album however, it’s evident that Gira and gang have realised the formula is a spent resource and start to deviate from it, resulting in a more eclectic, mercurial and loose kind of Swans album.

The trouncing martial rhythms of recent Swans have been replaced by all manner of motions, from the bluesy swagger of ‘Screen Shot’ to some order of gyratory striptease on ‘A Little God In My Hands’, to what you’d even describe as swing on ‘Oxygen’. And where the locked trajectory of before lent itself to a dense wall of noise, with these new rhythms comes a more spacious mix, into which Gira pours a barrel-full of new tastes and flavours – from the Middle Eastern touchstones that anchor ‘She Loves Us’ (mingling with Killing Joke-esque avant-funk) to the tang of Southern Gothic on ‘Screen Shot’.

You could even argue that To Be Kind is Gira’s first rock ‘n’ roll album, and though Swans’ records are invariably seedy, To Be Kind is downright sexy, tender like a snake and surprisingly intimate. It’s also probably their funniest record. The kiss-blowing chorus of demon Busby girls on ‘A Little God In My Hands’ feels like a groovy moment of throwaway elbow-nudging, while you can almost hear the giggles in the studio on ‘Just A Little Boy’ as Gira becomes a parasitic little darling, whining goblin-like to his buxom wet nurse that “I’m just a little boy….I need looooooove’, followed by the canned laughter of doting adults.

Though ‘Nathalie Neal’ is a throwback to whooping Morricone-metal of My Father (‘Eden Prison’ comes to mind), the influx of new genres continues with the serene ‘Some Things We Do’, which takes from Gira’s anti-folk days with Angels Of Light. With a zombie-like Gira riffing monotonously on all his favourite themes – “We fuck, we pray, we work, we love” – the weeping strings and slow rumble of toms are also reminiscent of Warren Ellis’ cowboy apocalyptica.