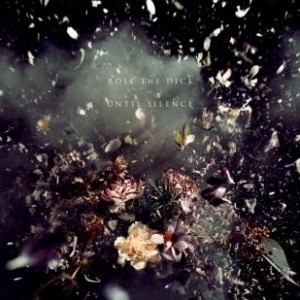 Available on: The Leaf Label

Roll the Dice’s last album, In Dust, hinged on dualities of tension and release, vastness and intimacy, and space and density. The duo of composer Malcolm Pardon and electronic producer Peder Mannerfelt hit upon a sound that, while gorgeous and bucolic, was rich in narrative drama and suspense, with the overarching arc of music and intricate textural detail always complementing one another rather than threatening to drown the other out. On this, their third album, those strengths still come into play, but the sound is fuller, richer and more dynamic than before.

This is partly thanks to the 26-piece string ensemble, arranged by Erik Arvinder, that Pardon and Mannerfelt recruited for Until Silence. But even as Roll the Dust widen their scope – and the tracks on this album are nothing if not ambitious – their stark arrangements, heavy focus on repetitive motifs and Mannerfelt’s increasingly caustic electronic textures make Until Silence feel more austere than its predecessor. There’s a sparseness to even the most dramatic tracks here, and a sharpening of the latent dread that permeated In Dust. Each drum and string figure on ‘Perpetual Motion’ that contributes to the track’s overwhelming, relentless momentum is clearly delineated, no one element overpowering another in the mix, and all rising to a colossal, terrifying climax.

Roll the Dice have a sharp knack for building pieces into monoliths from one starting point, like the single, horrific drum hit that opens the tense drone interlude ‘Time and Mercy’ and whose impact can be felt throughout the piece. On ‘Assembly’ they stack monumental strings and synths into a towering beast of a track. But only after six minutes do Roll the Dice add new melodic and percussive layers to the two-note string figure and ferocious thump, the climax such a long time coming that when it does arrive it’s doubly rewarding. Scraping strings and assorted metallic percussion leap forward ferociously on the amelodic album highlight ‘Coup De Grâce’ before coming to a sudden halt at the dramatic apex, while on ‘Aridity’, a swirling string figure and piano offset hissing noise and vicious kicks.

Although Roll the Dice’s dramatic command of tension and release is beyond compare, the album would nevertheless benefit from a bit of deviation from the structure of build-climax-silence. Still, given that this is not an album of standout tracks and fillers, but instead a portentous whole where each piece makes sense as a self-contained narrative, that feels like something of a quibble. Track titles and the text accompanying Until Silence point to the influence of Europe’s current socioeconomic malaise, but the warlike hostility and militaristic momentum of tracks like ‘Coup De Grâce’ and ‘Perpetual Motion’ hardly need situating in the current climate to feel relevant. Ominousness is woven into the fabric of Until Silence, where beauty and bleakness coexist synergistically, as though it’s impossible to have one without the other.