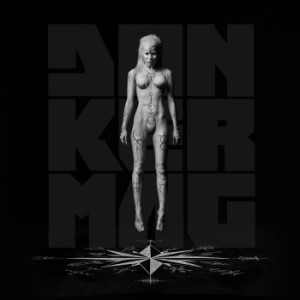 When Die Antwoord introduced themselves to the world with ‘Enter The Ninja’, an equal parts cloying and intriguing rap track that splattered across the internet in 2010, much of the early press coverage focused on the group’s history: tattooed vocalist-mastermind Ninja was no hungry kid fresh from the ghetto, but the latest incarnation of Watkin Tudor Jones, a white MC in his mid-30s who had toiled in various Cape Town groups since around 1995.

This might have mattered more if Die Antwoord were invoking ‘Zef’ – an Afrikaans term meaning, loosely, ‘poor but sexy’ – solely to approximate some sort of working-class authenticity. Yet Die Antwoord appear very much a thing of careful and fastidious construction. Working with collaborators such as New York photographer Roger Ballen and South African cinematographer Rob Malpage, their lurid visual identity has the ring of an art project, the group hoovering up South African culture and barfing it back out with added samurai swords, Pink Floyd boxer shorts and playsuits made out of rats.

A few years on from their breakout, this formula could be going a little stale, but luckily for Die Antwoord, the arrival of their third album Donker Mag – it translates as “dark power” in Afrikaans – feels timely. Ugly Boy and Pitbull Terrier whizz up rave and trap, dancehall and techno, the cartoonish malevolence of Eminem and the simpering kawaii of J-pop into crass post-everything club fodder with a cumsplash of freaky bad taste. You can see how they might share a stage at some godforsaken EDM festival alongside Diplo, Skrillex, David Guetta et al; but you can also see why Aphex Twin, who mined a similar vein of ghetto-grotesque in his Windowlicker video, is a fan.

Lyrically speaking, Donker Mag is focused just beneath the waist, typified by the Willy Wonka rap of ‘Raging Zef Boner’, or the sticky-palmed dancehall of ‘Girl I Want 2 Eat You’, an ode to cunnilingus featuring the lyric “smells like fish / Tastes like chicken”. This might all get tiring were it not for singer and rapper ¥olandi Visser, who is a neat foil to Ninja’s wiry machismo: one minute a simpering Lolita, the next swooping in like an avenging angel. Visser is behind many of Donker Mag’s most memorable moments: her creepy-sexy guest spot on ‘Pitbull Terrier’, or cooing Nightmare On Elm Street rhymes on the DJ Muggs-produced ‘Rat Trap 666’. She certainly gives as good as Ninja in the gross-out stakes: ‘Cookie Thumper’ is a playful track about being sodomised by her prison boyfriend.

After a whole lot of filth and fury, Donker Mag’s second half contains some softer numbers, typified by twinkling love ballad ‘Strunk’ – because love makes you feel “stoned and drunk at the same time” – or the title track, a softly sung billow of church organs and glitchy beats. This lurch into sincerity reminds you that, while Die Antwoord might be funny, little of their approach suggests irony or satire. They present themselves deadpan, as if they’re out to embody the culture they reference. So sure, you could accuse them of appropriation. Other times, you worry if they’re pushing their collective dick into a hornet’s nest: the video to ‘Cookie Thumper’ makes explicit reference to the codes of the fearsome prison gangs of the Western Cape in a way possibly comparable to walking through Inglewood wearing both Crips and Bloods colours.

But that’s the idea. Discussing if Die Antwoord are ‘real’ or ‘authentic’ is pointless; theirs is the other sort of punk rock position, thieving everything they can lay their hands on and reworking it into the ultimate fuck you.Their music is about 40 per cent less exciting shorn from the lurid splatter of their videos, but music in 2014 is a more interesting place for their presence.