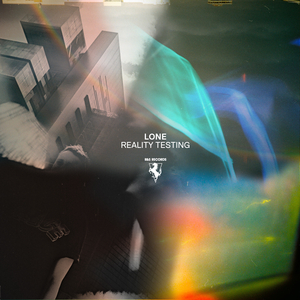 Partway through Lone’s verdant ‘Begin To Begin’ a voice asks, “Am I dreaming? Am I awake?” The question has clearly been playing on Matt Cutler’s mind lately. The title of his fifth album, Reality Testing, refers to a technique employed by lucid dreamers to work out whether what they’re experiencing is real or a product of their sleeping minds. Though Cutler hasn’t dabbled in the technique himself, a lot of the initial ideas for the album apparently came to him in his slumber.

This is fitting subject matter for an artist who has long had his head in the clouds. Through dreamlike reminiscences of hardcore rave, post-Dilla hip-hop and Boards of Canada-style electronica, Cutler has proven himself a master of evoking imagined places and forgotten times. His output foregrounds the transportive effects of music – he didn’t, after all, call a track ‘AM Portal’ for nothing – and his latest album is, essentially, another exercise in fantasy. He sets out from two distinct places – “sample-based” Detroit and Chicago house and ’90s East Coast hip-hop – and attempts to find the common ground between them, using the lambent rave signifiers that have become his trademark as binding agent. And he pretty much nails it, creating a kind of surreal sonic fiction where these disparate musical moments blur together.

Still, where 2012’s Galaxy Garden was a techno-rave fantasia best summed up by its hyper-unreal artwork, this time around Cutler seems intent on keeping one foot in reality. ‘Restless City’’s jazzy piano samples, doodled over with sirens, radio chatter and an American voice declaring “I mean real, real life”, evoke metropolitan bustle – new territory for Lone. Later, in ‘Stuck’, an MC recites a few downcast rhymes against the background thrum of a New York street. There are apparently field recordings throughout this record, moments from Cutler’s daily life captured and bled subtly into the music. And while they’re often hardly audible, the gesture rings out loud and clear.

This shift in focus produces some of the best music of Cutler’s career – particularly ‘Airglow Fires’, which sounds like Floating Points cut with the joyous overload of Rustie, and hasn’t lost any shine since its single release last year. But beyond individual moments, what’s particularly satisfying is how smoothly Cutler handles his transformation. Take, for example, rambunctious piano house track ‘Aurora Northern Quarter’: though Cutler hasn’t quite made anything like this before, it feels inevitable that he would eventually. Or ‘2 Is 8’, whose broad hip-hop shuffle might be new, but whose progression from joyful naivety into wistfulness is inimitably Lone.

Of course, Cutler has never struggled with world-building, and the absorbing completeness of Reality Testing shouldn’t come as a huge surprise. But where in the past he’s often been a little too thorough in this respect (many of his albums are exhaustingly monotone), here he manages to find diversity within the unity. Cutler’s music hasn’t tended to concern itself with tension so much as otherwordly harmony. When he introduces a bit of friction – between the real and the imagined, the grit of life and the sheen of fantasy – the results are all the more seductive.