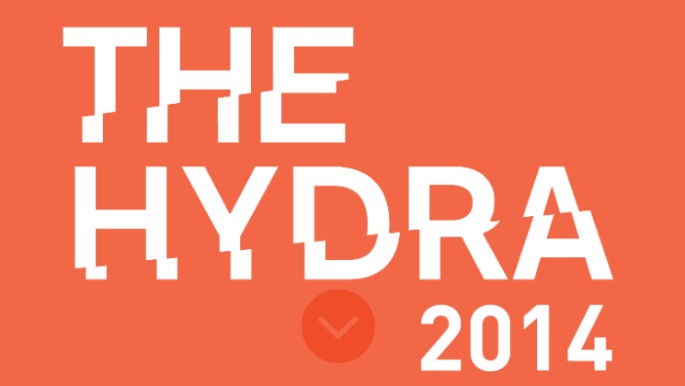 FXHE, Sound Signature, Ninja Tune and more sign up for the season.

After unveiling a bumper August Bank Holiday triple bill, The Hydra have announced the full line-up of labels and promoters joining them for their autumn party series.

With every event taking place at Wapping’s Studio Spaces, the 12-week season kicks off on September 26 with east London club XOYO taking over for XOYO Loves…, followed on October 4 with a Bugged Out night curated by in-demand house duo Dusky.

Omar-S marks 10 years of his FXHE label on October 25 with a double bill alongside Boddika’s label Non Plus, celebrating five years in business, and next up it’s another birthday, with Prins Thomas’ Full Pupp label crowning a decade of releases alongside likeminded London set Horse Meat Disco.

Kompakt teams up with London party/label Electric Minds the week after, while Berlin imprint Leisure System goes head to head with Fabric’s Houndstooth offshoot on November 22.

Theo Parrish’s Sound Signature takes on Gerd Janson’s Running Back on December 5, with Ninja Tune running the show on December 6. The final stretch sees Berlin’s Ostgut Ton bring out the big guns on December 12 while the finale on the following night is helmed by blog-turned label FMB, aka Feel My Bicep.

What’s more, The Hydra are offering a limited amount of £5 early bird tickets for every single one of the nights. Peruse the line-up and dates below and head to The Hydra’s website to stay up to date – more partners are still to be announced.

Before all of that, the August Bank Holiday blowout kicks off on Friday, August 22 and includes Robert Hood, Carl Craig, Matthew Herbert and tons more over three nights. 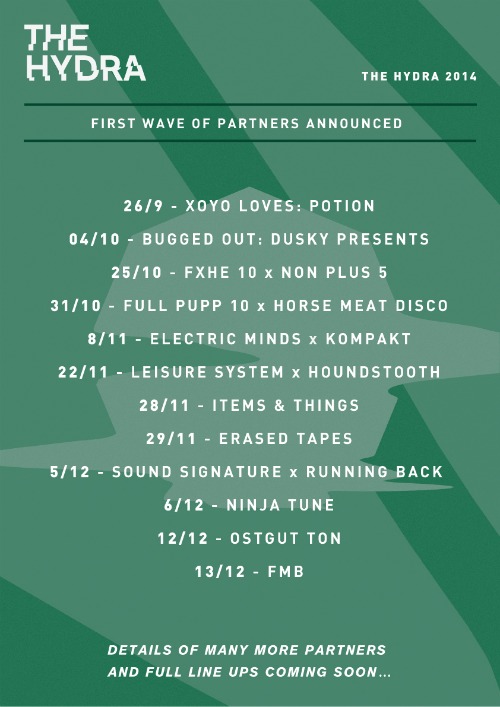