The Air Between Words 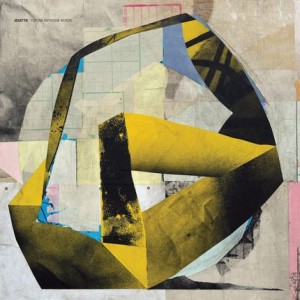 Why is The Air Between Words not gripping me? Dutch-born, Washington DC-based producer Martijn Deykers has released some fine music over the years, lurking in the liminal spaces between house and techno, drum’n’bass and dubstep without making firm commitment to any, and the list of labels he’s recorded for – Brainfeeder, Apple Pips, Tectonic, Ostgut Ton – speaks for itself. I got plenty of play out of his contribution to Inga Copeland’s 2013 EP Don’t Look Back, That’s Not Where You’re Going, which set the Hype Williams chanteuse’s vocals adrift amidst woozed-out synths and dubby undercurrents. Their partnership, which extended to Copeland’s recent Because I’m Worth It, is rekindled again here on album standout ‘Love Of Pleasure’, a sensual plea from the heart that draws glowing lines between piano house and spaced-out acid klonk.

Perhaps said track stands out on The Air Between Words because it feels like the product of a fortuitous partnership resulting in a clear and defined vision. Deykers claims that this – his third album, and first for Ninja Tune – is his most “natural sounding” to date and the accompanying press bumf has some non-specific chat about all-analogue equipment, which to me sort of suggests he came to the album without any strong ideas in mind. It’s certainly not awful – indeed it’s serviceable throughout – but this vagueness of intent, twinned with Martyn’s genre-hopping nature, leads to a lot of music that’s merely, y’know, alright.

A link-up with Kieran Hebden produced ‘Glassbeadgames’, a four-to-the-floor bounce with scratchy metallic hats, some Four Tet-ish wind chimes, and heavily processed vocals coiled into tight loops. On ‘Empty Mind’, an occasional voice extols Buddhist thoughts (“If the human mind is empty… anything could develop”) over bouncy, tasteful acid. On ‘Drones’, rare groove keys and tapped cymbal samples collide with an urgent kickdrum, in what might be the most Ninja Tune track to come out on Ninja Tune this year.

To the album’s credit, there are fresh ideas entering the mix right the way through to the end. ‘Forgiveness’, with its piston-like hardcore snares and gloaming acid melodies is of a genus people used to call Braindance; the climactic ‘Fashion Skater’, meanwhile, is a curious haunted house that fiddles with different layers of fidelity, cassette-quality strings slathered over crisp kicks and claps. I’m sure it’ll sound just fine in the main room at Fabric. Still, it’s all genre-splicing and too little genre-defining, and I can’t help but think that Martyn, with both his musical knowledge and his production chops, is capable of something better.