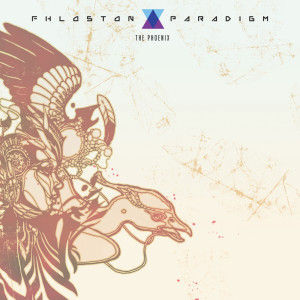 Science fiction and electronic music have long been bedfellows, from Detroit techno deploying its mythological tropes as conduits for themes of racial oppression and civil rights, to more recent works by Kode9, u-Ziq and Kuedo. King Britt’s debut LP as Fhloston Paradigm fits rather elegantly into this model. In interview, he’s described The Phoenix, his debut album under this alias, itself a corruption of The Fifth Element’s Fhloston Paradise, as a “re-scoring” of soundtracks from such sci-fi classics as Blade Runner and The Fifth Element.

In fact, the most immediate contemporary touchstone for The Phoenix isn’t Kuedo, whose debt to Vangelis’ Blade Runner soundtrack is equally hard to overstate, but Nicolas Jaar. Britt has a similar knack for folding disparate threads into his own design, here drawing on sci-fi film soundtracks, Afrofuturism, techno, ambient and soul. Like Space Is Only Noise, The Phoenix never quite settles on one style, but even as it takes in all manner of genres it rarely loses focus, thanks not only to its conceptual core but also to Britt’s command of melody and sequencing.

The album is split fairly evenly between vocal tracks and sprawling, slow-burning instrumentals. Clattering snares and a heavy bassline are ballast for the dazzling synth arcs of ‘Race to the Moon’, and when they lift the noodling they leave behind is cut off at just the right moment, cosmic without being indulgent. ‘Chasing Rainbows’ pivots on a dubby bassline, swooning synth chords and drum machine hits that slap hard, while ‘Never Forget’ is all broken rhythms paired with heady chords and vocal snippets plastered in echo.

The Phoenix’s dramatic apex, its nine-minute title track, is dub techno as seen through the prism of the album’s conceptual underpinning, its percussive skeleton overlaid with gurgling melodic passages, bleeps and echo, their push and pull the stuff of pure narrative drama. ‘Portal 4’ and ‘Portal 3’ are interludes that wouldn’t be out of place on a genuine soundtrack, perhaps to a fault; although they flesh The Phoenix out, the voiceovers feel a little too obvious and their emphasis on sound design threatens to dwarf the musicality of the rest of the album. The same can’t be said for the opener ‘Portal 1’, which successfully pairs thrumming rhythms with ominous melodic touches and potent low end.

Of the vocal tracks, the album highlight ‘Tension Remains’ lives up to its title, owing as much to spiritual jazz as to the space opera of The Fifth Element, Pia Ecole’s rich, suspenseful melisma a perfect counterpoint to the slowly building rhythm and buzzing synths. Her soulful vocal also features on ‘It’s All About’, one of the more understated tracks, and the percussive workout of ‘Letters of the Past’. Only on ‘Never Defeated’ does The Phoenix feel overloaded, Rachel Claudio’s breathy refrain threatening to dwarf the bassline and fizzing rhythms. In contrast, the closer ‘Light On Edge’ is more pared down, featuring Natasha Kmeto singing over a contemplative, swirling instrumental. The Phoenix’s title alone hints at its ambitiousness, but even given the sheer wealth of variety and detail Fhloston Paradigm crams in, it’s never lofty or inaccessible; instead, it both upholds an electronic music convention even as it carves its own singular niche.