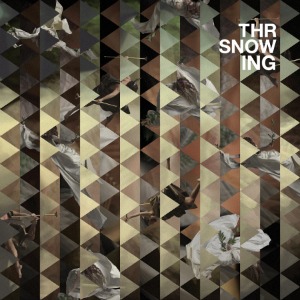 Pathfinder, Ross Tones’s last release as Throwing Snow, was crafted specifically for the purpose of being listened to on journeys. Running to a slight but impactful four tracks, the EP kept its gaze firmly ahead with some of Tones’ most progressive work yet. It also raised the question, implicitly, of whether such drive and focus would be achievable on a Throwing Snow full-length. Mosaic answers this question in its title. It’s not as streamlined as Pathfinder, which took the listener by the hand from point A to point B, but while it’s more fractured, it’s also more adventurous, delving into all its fragments with the kind of love and attention we’ve come to expect from the Houndstooth producer.

Articles about Tones frequently reference his workload, and it’s worth bearing in mind that while working towards this album he was also making music under the various aliases of Alight, Snow Ghosts (with Augustus Ghost) and Vellico (with his brother); even Mosaic itself started off as over 90 tracks, eventually pared down to 11. But even without considering how far he stretches himself (there’s also his Left Blank imprint and his stint at the Red Bull Music Academy in 2013), Tones’ ambition is overwhelmingly apparent in the tracks that made the final cut. The album itself is a crystal stared at from many angles, shedding fractured light on different aspects of Tones’ work, from the looming darkened edges of his dubstep days to his d’n’b influences and even, most surprisingly, shades of pop.

There are a lot of vocal collaborators on this record, which could be read as an attempt to elevate beyond the typical production LP to something more universally accessible; from track to track, this goal feels at times bold and masterful, and at others, slightly cynical. On ‘The Tempest’, Adda Kaleh drifts over a string-assisted, clattering beat to bring some order to the chaos with the feeling of a disembodied cry echoing out from a maze. London singers Py and Russell Morgan make similarly off-kilter and arresting appearances on ‘As You Fall’ and ‘All The Lights’, the latter of which takes only a hook and riffs on it with erratic, unravelling d’n’b matched with solemn piano chords. This is where Tones excels – in taking elements that shouldn’t even fit together in a sentence, let alone a track, and pulling them off with an ease that means the result feels smooth and yet never too pristine.

There are occasions, though, where he seems too concerned with sticking to the rulebook, such as on the Kid A-featuring ‘Hypnotise’, where the conventional song structure means the production scarcely deviates from its path. ‘The Void’, too, is cut through with glitches and glimmers that give it that familiar Throwing Snow aura of rough-hewn ambience, but stagnates a little before Tones rips in with a bass-driven thunderstorm around the three-minute mark.

Where Tones lets go, as with the closing minute of ‘The Void’, he’s as great as ever; it’s the meandering and the contrasts of this record that make it a thoroughly absorbing listen, as much for late introspective nights as it is for sweating out a dance floor. His production has always been distinguished by an earthy, chaotic quality which, as he told FACT back in 2012, comes from his tendency to “embrace mistakes and things that are a little bit wrong.” ‘Pathfinder’ is still the stand-out here for this reason, a gravelly monster woven over acoustic guitar loops and thick bass, but the fact it can co-exist with a chime-filled dream like ‘Linguis’ and a radio-baiting pop song like ‘Hypnotise’ is a part of this record’s charm as much as it is its weakness. It’s an honest album, and while you may not skip back to all of it, its jagged pieces all have their place.