Will to be Well 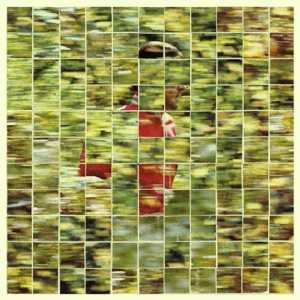 Available on: Blackest Ever Black

Much of the writing about Dalhous to date has not dwelled too long on their stated primary influence, which in a way is not surprising. After all, it’s hardly immediately obvious what bearing the work of RD Laing, the pioneering and controversial Scottish psychiatrist who passed away in 1989, might have on the group’s ambient, instrumental electronica. By invoking a figure like Laing, though, Dalhous – now apparently the work of just one man, the Edinburgh-based producer Marc Dall – invite us, the listener, to imprint a whole set of charged associations on this otherwise veiled and cryptic music.

Laing’s area of research was at the extremes of mental illness, and some thought him more than a little mad himself. One of the prime instigators of the “anti-psychiatry” movement of the 1960s and ’70s, the Scot challenged the scientific orthodoxy of the day, bringing ideas such as “rebirthing therapy” and concepts drawn from existential philosophy to bear on the discipline. I’m still a little haunted by a viewing of the 1972 film Asylum, a documentary by filmmaker Peter Robinson that was shot in one of Laing’s psychiatric community projects in London’s Archway. Schizophrenics live aside one another in a cramped suburban terrace, without medication and offered treatment only of the lightest touch. At times, you flinch at the apparent neglect; but then you consider the contemporary alternatives – straitjackets, sterile wards, and electroshock therapy – and you’re given leave to think again.

A similar sense of uncertainty and disquiet runs through Dalhous’ second full-length album, although Will To Be Well is, both by Dall’s standard, and by that of Dalhous’ label Blackest Ever Black, a release of comparatively good cheer. It’s also a huge advance on the group’s first album, the promising but not fully realised 2013 release Ambassador For Laing. The sounds that Dall brings to bear here are often gorgeous, a sun-dappled, analogue-soft electronica of rippling synths and glinting percussion that recalls – and sometimes strongly – the atmospheric IDM of the mid-90s (Warp’s Artificial Intelligence series, Aphex’s Selected Ambient Works II and fellow Scots Boards Of Canada. The glassy, opaque synths of ‘First Page From Justine’ and the blissful keyboard runs of ‘Function Curve’ usher you into a record that feels bright, deep and many layered; the sort you can dive and sink into.

Of course, Dalhous’ place on Blackest Ever Black’s roster and their stated inspiration, leads you to scrutinise these gentle waters for dark undercurrents, the chill within the chill-out. You don’t have to look too far. The breathy synthesizers of ‘Lovers Of The Highland’ gust in like mist off a loch, but the sense of bucolic calm is upset by a hint of VHS tape-chew and cold, distressed tones that ring out like the spectral cry of the locomotive in Dickens’ The Signal-Man. ‘Her Mind Is A Blank’, meanwhile, teeters on a knife-edge, the disquiet conjured by its pensive loops and lurking live bass seeping out to infect the music around it. And before long, you even find yourself focusing in on the record’s most outwardly benign moments, looking for hairline cracks in its façade. Is the uplifting glimmer of ‘Thoughts Out Of Season’ a thing of elation, or the first flush of a manic episode?

Will To Be Well is not all about Laing the medical professional. The title of ‘Four Daughters By Four Women’ references not the psychiatrist’s work, but his private life: the man who stressed that the root of mental illness was often to be found in the dynamic of the family and the home was himself a distant father, a depressive, and a drunk. The science of the human brain largely remains a mystery, and Will To Be Well seems out to acknowledge that fact. It’s a plunge into the murky netherworld of consciousness that neither promises, nor proffers calm or catharsis; head music for troubled minds.