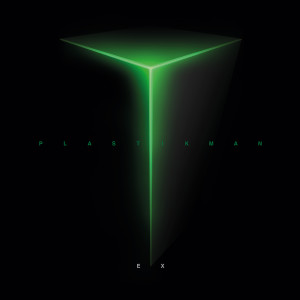 “Bringing electronic music into the faculty of education – into universities and colleges – changes things. It helps legitimise and open it up to a wider… market, a wider audience. [It] sets the stage, I think, for new developments in electronic music, and openness.”

There is a point in this statement, taken from a promotional video released by Richie Hawtin, at which he departs from sincerity. Somewhere between sentence two and sentence three the man’s eyes glaze over a touch and he slips into salesman’s patter – slick, impressive-sounding, meaningless. It’s an instant that will be familiar to anyone with the gift of the gab; that moment when, in order to navigate out of the rhetorical cul-de-sac in which you find yourself, you are forced to resort to just a little bit of bullshit.

In this case Hawtin is talking about his 2012 CNTRL tour, a string of performances and panel discussions across North America which bore the subtitle “beyond EDM”. As a mega-DJ on the other side of the perceived taste divide, Hawtin has had plenty to say about the US’s EDM explosion. He worries that it has pushed electronic music to the “precipice of being homogenised too much”. He exhorts EDM figurehead Deadmau5 to act as a “gatekeeper”, introducing his fans to the other delights that dance music has to offer.

Hawtin’s motivations in all this might seem altruistic – if a little condescending – but there are other forces at play. As per the common argument, a proportion of those teen EDM fans will, indeed, soon grow out of Electric Daisy Carnival and begin to seek more esoteric thrills. By positioning his brand of techno as the mature, historicised yin to EDM’s juvenile yang, an entire emergent market is laid at Hawtin’s feet. Hence that bit of promotional patter. Wider market and audience? Straight from the heart. “New developments” and “openness”? Well, you have to give people something to believe in, don’t you?

Of course, it has always been thus. From the unmistakable Plastikman logo onwards, the charismatic Hawtin has displayed a knack for marketing that evaded most of his second wave Detroit peers. And while business acumen and creative vitality are by no means mutually exclusive, at some point one overtook the other. The artist and his M-nus empire operate on the understanding that techno is now an industry before it is a music. Corporate partnerships – with Sennheiser, Native Instruments and so on – are to be cultivated. Label signings, meanwhile, must serve Hawtin’s mixing style: a tech-savvy approach in which tracks are broken down into homogenous units and reconstructed as the chugging, monochrome soundtrack to global haute hedonism. Like any industry, techno, as M-nus sees it, will live and die by its ability to follow predictable, measurable contours. Stability is paramount, and Hawtin’s DJ sets certainly provide that.

Still, when faced with the absurd plenitude of highly paid festival gigs available to a DJ of his stature, Hawtin is quick to point out that he doesn’t always take the easy route. He’s known for bringing a conceptual slant to his performances (each one tends to have a snazzy name like “Close” or, in the case of his Sake-peddling Ibiza residency, “ENTER.”). He has also, in the interest of broadening his horizons, undertaken a number of collaborations with the art world. In 2011 he performed in front of Anish Kapoor’s Leviathan sculpture in Paris’ Grand Palais, in what was presented as a kind of duet between two auteurs of their respective fields. Late last year, meanwhile, he performed a special Plastikman show – the first since 2010 – at the Guggenheim’s annual International Gala.

Speaking about this latter show, Hawtin enthused about the possibility of “touching people who’ve never heard of you,” as well as the more broadly evangelical goal of “bringing them closer in to electronic music in general.” It’s worth asking exactly who he is reaching here. Techno was invented by the aspirant black middle classes of Midwest suburbia, bastardised by working class kids across the pond and subsequently entrenched as middle class European lifestyle music. Perhaps this crowd of New York socialites and art bods sipping free Moët at a Dior-sponsored gala event, minimum admission $125, is the logical next step in this process of gentrification. But they’re certainly not lacking in means of access to the music on offer.

Beneath this, there is of course another motive. What does it mean for your art to be accepted by the cultural establishment? It means money, perhaps – new kinds of sponsorship and funding – but in the booming ‘10s, dance music has plenty of that. More importantly, it means credibility. The value of an establishment artform goes largely unquestioned, even by those who don’t care for it (few people, for example, complain with any seriousness about government funding to modern art museums, even if Duchamp’s Fountain leaves them cold). Just as with the ill-advised classical-techno crossovers that crop up every few years, it seems Hawtin would love for a bit of that absolute, unassailable legitimacy to be conferred on his music. This in spite of the fact that his vision for modern-day techno – as essentially just one more functional component in an enormous industrial mechanism – horribly misrepresents the genre and many of those who operate within it.

In any case, now us proles have been given a chance to hear what such “establishment techno” might sound like. EX is the recorded result of the Guggenheim performance, and the first Plastikman album in over a decade. As ever, we’re told, Hawtin went the extra mile in pursuit of something new: after being asked for a re-run of 2010’s Plastikman 1.5, he instead came up with 2.0, centred around an enormous obelisk that pulses with digitised colour. One imagines most of the effort went into this visual aspect; musically EX is very obviously a live performance, and not in a good way. Heavy-handed delay and reverb busses, the odd kneejerk tug on the hipass filter: for all the cutting-edge technology Hawtin supposedly deploys, he doesn’t seem to be doing anything beyond the reach of a cracked copy of Ableton.

EX is not awful, but it’s certainly not good either. Perhaps closest in tone to the gloomy ‘verbscapes of 1998’s Consumed, the album draws on familiar Plastikman tools – crisp 909-style percussion, the sleek rubberised coils of the 303 – to make brooding, spartan techno. There is the occasional pleasing moment – the kosmische-like opening half of ‘EXpire’, for example – balanced with the odd cheesy one (closer ‘EXhale’). But for the most part the album commits the softer (or harder, depending on your standpoint) crime of being utterly ignorable.

It’s not like the present day Hawtin is completely inimical to the Plastikman of old. 1993’s foundational Sheet One, a rebuttal to the harder-faster mania that was gripping techno at the time, was slow, slick, and clinical in execution; qualities in line with Hawtin’s more recent tastes. 2003’s Closer, meanwhile, expertly turned the Plastikman formula to ket-addled mnml ends. But EX is, as Hawtin put it in a recent Reddit AMA, an “EXploration [sic] into what Plastikman should/could/might sound like in 2014”. And just as Hawtin has resorted to ever flashier gadgetry, bolder performance gimmicks and savvier branding to conceal the stagnant pool at the centre of his aesthetic, so too must this album have absolutely nothing new to say, even if it says it with style. But of course, it hardly matters. Richie Hawtin’s music is no longer about the music; it is about “concept” and “curation”, “new experiences”, “openness”. How crass of us to suggest otherwise.