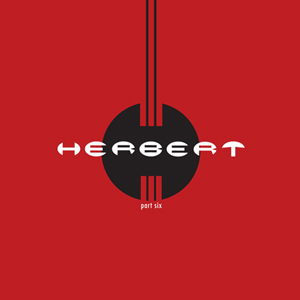 “When I was making more mellow stuff like that, I was in my early 20s. Now it’s 20 years later and I just think the world’s a mess. I can’t really just write pleasant doodles.” So said Matthew Herbert of his earliest output following the release of last year’s The End Of Silence. A sonic commentary on the Libya conflict built around the sound of a bomb exploding, this gruelling album was just the latest evidence of a wider career shift for the veteran producer.

Once Herbert was house music’s eccentric genius, harnessing his leftfield proclivities in pursuit of dancefloor bliss. In the past decade, however, the producer’s work has wandered into more rarefied terrain – mostly as a result of its growing conceptual aspect. It’s cross-pollinated with other disciplines, too, and found its way into some of the UK’s most revered cultural institutions – the National Theatre, the Royal Opera House, the BBC. Partly, of course, this is about growing old gracefully. Dance music remains, for the most part, a young person’s game; the world of Arts Council funding and six-month commission cycles is precarious in a rather more middle-aged way. But there’s also a political dimension to the shift. For all its gestures towards being emancipatory, Herbert’s line goes, dance music is little more than a distraction from the “perfect storm of shit” that is global current affairs. Surely contemporary music should be attempting to address these issues, rather than blithely looking the other way?

However invested you may be in dance music culture, it’s difficult to entirely disagree with Herbert’s standpoint. Which makes it all the more puzzling that he seems to have changed his mind. ‘123’ – the lead track from Part 6, the first release under the Herbert moniker for eight years – is pop-house as only Herbert can do it. The clean-cut tones of Hejira’s Rahel tell a familiar story: “So tonight for an evening / Or perhaps for two or three / It’s the perfect kind of feeling / It’s the only place to be…”. As the song progresses it’s unclear whether she’s describing a romantic assignation or the communal pleasures of a night on the tiles, but that ambiguity in itself makes for a sentiment as old as dance music. It’s almost as if Herbert, realising he was backpedalling, decided he might as well go all out.

He was absolutely right to do so – ‘123’ is gorgeous, and will doubtless be well received by the sizable portion of his fanbase who find that the highbrow stuff gets in the way of the pretty tunes. Elsewhere, Part 6 is less successful. Billed as a followup to the Parts 1-5 EPs of the mid 90s, attempts to reboot that beloved material fall a little flat. ‘My DJ’ is named for its chipmunked refrain – just the sort of insular dance music gesture which we might have expected our man to detest, but hey, the outcome is a serviceable enough. ‘Manny’ and ‘Grab The Bottle’, meanwhile, are similarly respectable, if ultimately doomed, efforts to capture the fevered mischief of a Herbert classic like ‘Take Me Back’. If Herbert is going to make a prolonged return to dance music then he’d do well to move on from past successes. Still, whatever he decides to do, it would be churlish of us to complain too loudly.