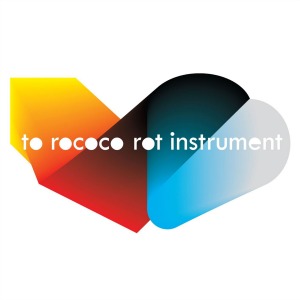 The first album from To Rococo Rot in four years feels like a collaboration, even though the collaborator in this case – the American singer-guitarist Arto Lindsay – appears on just three of its 10 tracks. Still, the presence of Lindsay feels to have shunted the Berlin trio onto a slightly parallel line, their electronic post-rock settling comfortably into a format you might broadly define as “songy”.

Certainly, Lindsay and To Rococo Rot – the trio of brothers Ronald and Robert Lippok and Stefan Schneider – feel like easy bedfellows. Lindsay was an attendee at To Rococo Rot’s first ever New York show in the late ’90s, and has since expressed his admiration for the band in the press. More importantly, though, you can identify a sort of shared aesthetic here. While perhaps still best known for his early work, the guitar skronk and scrawl of his no wave bands DNA, Ambitious Lovers, etc, in recent years Lindsay has pursued a more softly experimental path, blending exploratory electronics with a tropical pop style influenced by his upbringing in Brazil. Both he and To Rococo Rot make music that plays on and across boundary lines: mingling and fusing the organic and the electronic, the melodic and the ambient, the sterile and the sensual.

From the opening ‘Many Descriptions’, Lindsay slots in without friction. Cloudy synths flip and weave between channels, an unadorned guitar picks out crisp motifs, there’s some focused, close hi-hat, and Lindsay croons a number of gnomic phrases: “Conjure fog out of concrete”; “feign indifference to dry land”; “we give nice names to a glistening void”. Writing on To Rococo Rot in Electronic Beats, Lindsay located them in a tradition of German musicians including Markus Popp, Fennesz and Kruder & Dorfmeister whose “romanticism came close to, but always avoided sappiness”. It’s a spirit you can hear him reaching for on ‘Classify’, a gorgeous piece that weaves an enigmatic tenderness out of modular synthesizers, metronomic guitar chimes and fingers that slowly wander along the keys of a piano. “Classify me to distraction/Classify, classify,” he sings on the chorus, with a simplicity that borders on utility.

So fine are his contributions that even when Lindsay’s silent, his presence lingers. The non-vocal tracks, however, give To Rococo Rot latitude to explore their more abstract impulses. On ‘Down In The Traffic’, drums affect an energetic tumble, with the occasional purposeful cymbal smash and a buried synth line that drones away like a didgeridoo. ‘Baritone’ begins relaxed, its gently quizzical bassline recalling early Tortoise, but slowly accrues tension through the application of cold machine drones, shards of glitch and remorseless, militaristic snare. ‘Spreading The Strings Out’ uses its inscrutable time signature as a foundation from which to fire out bubblestreams of synth and elliptical guitar shapes.

This abstraction holds for the closing ‘Longest Elevator In The World’, a six-minute piece on which Lindsay’s voice is slowly lifted skywards through a meld of gauzy atmospherics and clanking mechanics. His turns on this record work so neatly that I can’t help wishing he was present throughout – although perhaps it’s in the project’s sprit that such good things are best applied sparingly. To praise To Rococo Rot can be to undersell them; their most attractive qualities, their sense of minimalism and simplicity and concision, are hardly the sort of things you bellow from rooftops. And yet, it works, and beautifully.