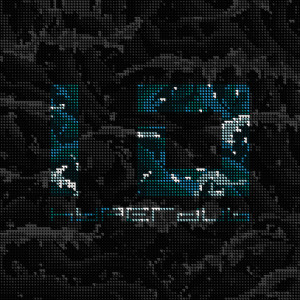 Tenth anniversaries are a time for celebration, but also for consolidation. With all that water under the bridge, conventional logic says you ought to have a pretty clear idea of what the hell you’re up to by now. For a label as inherently slippery as Hyperdub, guided by instinct rather than genre or (shudder) branding, it presents a conundrum: to look forward, or back; to explain, or to elude? To get round this, the label has assembled not one, or two, but four compilations, each one focused on a different region of the Hyperdub universe. The first, released May, concentrated on the dancefloor; the third, due September, will explore the label’s ambient side; and the fourth – theme unconfirmed, although I’d hazard a guess at some of sort of renewed focus on the label’s roots in dub and Jamaican music – will be with us before the end of the year. This, the second, though, is dedicated to a perhaps overlooked side to the label’s activity: the song.

Hardly a presence in the label’s early days of apocalyptic patois and bass reverberations, recent years have seen a new crop of largely female Hyperdub artists on more than nodding terms with conventional song form. Jessy Lanza appears here with Pull My Hair Back’s ‘5785021’ and a new track, ‘You And Me’, that sets her breathy, fluttering vocal against body-popping beats and candy-floss synths. Cooly G’s ‘Obsessed’ is a vicious kiss off to a persistent suitor, definably R&B in delivery and tempo but unmistakably London in its cracking rhythms and grimy melodies. Inga Copeland, meanwhile, is perhaps the quintessential Hyperdub diva, her schoolgirlish sing-song at once vulnerable, but slaked with a queer menace; she appears with Dean Blunt on the cryptic, romantic ‘Signal 2012’ (from the pair’s Black Is Beautiful), and again on the fragmented drum machine collisions of Kode9’s smart new closer, ‘Lies, Lies’.

R&B, it’s hopefully fair to say, isn’t a totally natural mode for Hyperdub, who even when aiming for pop, appear to balk at the genre’s glittery opulence, or feel compelled to pervert it into gloomier realms. Some good ground is made here, however, through the invitation of a number of guest vocalists. Morgan Zarate’s ‘Sticks & Stones’ is heady future soul with turns from Eska Mtungwazi and a couple of quick but effective verses from Ghostface Killah, while DVA’s ‘Just Vybe’ (Soule Power mix) finds Fatima on the mic and on point with the Hyperdub ethos: “Create new sounds/I need a space where I can get down”. Old stalwart Terror Danjah, meanwhile, is still keeping it rhythm’n’grimy on ‘You Make Me Feel’, featuring Meleka.

It’s a creditable enough compilation as a whole, although a couple of relative oldies, Burial’s ‘Shell Of Light’ (from 2007’s Untrue) and DJ Rashad’s ‘Only One’ (from last year’s Double Cup) rather make me question the aims of the exercise: should we really call these songs if they don’t have a singer? In a sense, both prove how well Hyperdub have walked the opposite path, creating moments of stirring emotional resonance with just a brief snatch of a vocal sample, tweaked, spun out and repeated. Songs are great, but they’re not everything.