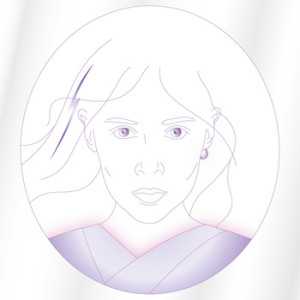 Astro:Dynamics boss Luke Owen recently remarked that his roster, while globally dispersed, did enjoy a shared environment: the internet. He’s right in a sense: the recent upsurge in bedroom electronics of various stripes is surely due to the web’s capacity to unite weirdos across national borders. But so copious and diverse is this activity that unifying it by its netty qualities has become almost worthless. Surely a far more meaningful shared atmosphere is, well, Owen’s label.

Launching as an adjunct to the LA-inspired beat scene, Astro:Dynamics has been keeping its ear to the ever-changing underground for almost half a decade. Lately, however, it has homed in on a particularly strong sound, encompassing coddled hybrid music from Italians Dave Saved and Vaghe Stelle, former Simian vocalist Lord Skywave, wayward producer Alis and others. As with many interesting aesthetics, this one’s difficult to pin down – it’s part techno, part old-school IDM, part tender shoegaze-pop. Often in fact, with its impressionistic textures and open-ended structures, it feels like elusiveness is its one constant.

In this respect and others, the label’s latest signing is as good an entry point as any. The brainchild of Stockholm-based Textiles graduate Frida Li Lövgren, Quiltland sounds just about how it should: a collection of downy synth-pop studies, muzzy and near-sedentary even when there’s a steady kickdrum driving them along (as there often is). Lövgren reaches pretty grandiose heights – ‘A Billion Know’ brims with computer-age optimism; ‘A Second Theme’ could fill a stadium in Adventure Time’s Pillow World – but in each case the mix is smothered with a thick sonic duvet, rendering it warm, indistinct, comfortably background.

The fully-vocalled tunes tend to stand out – ‘1 Second Sun 1 Hour Of Light’ in particular – but Lövgren’s voice is so deeply submerged that you may not notice its absence elsewhere. In all cases, her sense of melody is clunky in a way that’s disarming and almost cartoonish. The involvement of the General MIDI orchestra helps too. ‘Scene 1’and ‘Scene 2’ could be a bit of pastoral colouring in some prelapsarian video game world (if so, then ‘Il Vostro Paesaggio’ would soundtrack a later ballroom scene, all clunky 3D-rendered opulence).

All of which makes for a charming album, albeit one that’s light on content – across its 37 minutes there is a fair amount of retread ground, including at least one skipper in the form of ‘Days’. Perhaps this is a criticism that could be levelled at much of Ast:Dyn’s output: that the hardwired vagueness of it, while charming in small doses, doesn’t amount to much in longer-form. Still, with music this pretty, it’s easy to push such concerns to one side.