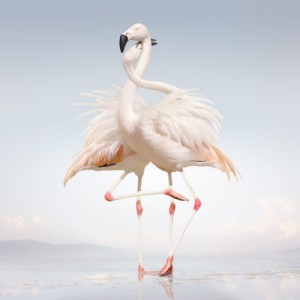 The difficult second album: a cliche as old as pop music, and one of which Russell Whyte must be acutely aware. His debut, 2011’s Glass Swords, has frequently been hailed as a defining statement of its time. For Simon Reynolds it was emblematic of the “digital maximalism” being explored by a new generation of musicians. Writing in The Wire, Mark Fisher praised it for “eroticising” the state of “data overload” afflicting our social-networked society. Like many such critic-spun narratives, the musician concerned didn’t seem overly keen on it. But that could’ve been less because the analysis was a fudge, and more for the existential challenge that it posed. When you’re already at maximum, where do you go next?

Perhaps understandably, then, its followup is presented on very different terms. Its title is a reference to pre-modern mysticism; it was made, we’re told, not whilst submerged in the data stream, but in a remote part of Scotland, to the sound of birdsong. In parallel with this Whyte has made efforts to distance himself from the “kitsch sounds” of Glass Swords. He even goes so far as to describe it as a pisstake, reassuring us that its followup is a “more serious” record. He’s correct on that count, though whether this is a good thing is questionable. In Green Language, Whyte has crafted an album which sounds simultaneously bigger than its predecessor – more imposing, grander in its themes – and vastly less substantial.

Central to this is a subtle reconfiguration of influences. Gone is the fusion deviance and sleazy prog-rock bombast that made Glass Swords so much fun. Back then Rustie’s sounds oozed and slithered their way across the stereo field; his mixdowns had an oily quality as if they were overflowing with obscene fluids. This time around Whyte draws on the more protestant sensibilities of post-rock (Godspeed You! Black Emperor) and shoegaze (My Bloody Valentine) – genres whose soaring peaks are less about erotic excess, more about the untethering of mind from the caprices of the flesh. Tracks like ‘Workship’, ‘Lets Spiral’ and ‘Paradise Stone’ sound like the sacral music for some enormous virtual cathedral. The spectacle is impressive, but rather austere. And given Whyte’s past form, the seriousness of it can sometimes be difficult to stomach (the less said about ‘A Glimpse’’s bizarre indie-rock coda the better).

Of course, bangers are what Whyte does best, and Green Language sports plenty of those too. The likes of ‘Velcro’ and ‘Raptor’ reach, if anything, even greater heights of intensity than their predecessors. But it’s almost as if a couple of years on the festival circuit has given Whyte a distaste for subtlety and ornament. These tracks bang in the right places, but that’s all they do; they are not executed with delirious flair but with workmanlike proficiency. Even a cast of vocalists – Danny Brown, Redinho, Gorgeous Children’s Face Vega – fail to distract from the drudgery. Only on steroidal R&B anthem ‘Dream On’ do producer and singer (in this case, the soft-toned Muhsinah) amount to more than the sum of their parts.

It might seem like a small point, but throughout all of this the sound quality is pretty much uniformly gross. The hi-end rasps like sandpaper; snaredrums lacerate the eardrums; everything is compressed to the nines, such that the mix sounds flat and exhaustingly crowded. And before you protest that, hey, surely this is the point of maximalism, stick on Glass Swords and marvel at its clarity and nuance. Whyte’s trick in the past has been to disguise as wild, unchecked excess what was actually a masterful exercise in balance and control. Green Language is what happens when that balance is lost. The album’s nadir has to be ‘Up Down’, in which D Double E riffs interminably on those two titular words over a beat that stales within the first 30 seconds. Up and down we go, and each time the adrenaline rush lessens.