Flash Back: the 20 best Rustie tracks 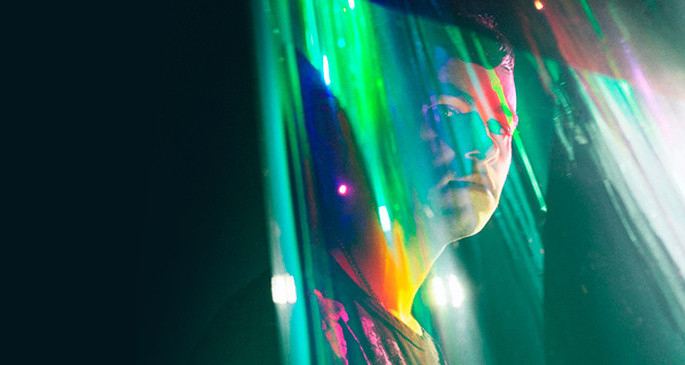 Emerging from Glasgow’s pigeonhole-dodging club scene (use of the w word is a sackable offence around here) in the late ‘00s, Rustie remains one of the most effervescent presences in UK dance music.

Everyone knows that Rustie makes big music, of course, but his career has gone through clearly delineated phases. There are those thrilling early 12”s and EPs – hyper-vivid dubstep and electro mutations that set neck hairs standing to attention. There’s no messing with his 2011-2 coronation period, when he captured hearts and minds (as our own Joe Muggs put it, “brostep and trap for people who hate brostep and trap”) with a run of grandstanding, prog-inspired wigouts. And, though the last few years might have seen the audacity of old being somewhat tempered, the tunes – whether solo or in collaboration with the likes of Danny Brown – have kept on coming.

Ever listen to ‘City Star’ and think “sure, it’s good, but it could really do with being sped up and turned up to the absolute max and then having both Danny Brown and an even more ludicrously widescreen intro thrown on top?”. Someone did, clearly, because this was the answer to their prayers.

AKA the ballad of Russell and Maya. This souped-up vocal version takes one of Glass Swords’ loveliest moments, and pops a rocket up its fundament.

Unfairly dismissed by some as Rustie by (ahem) numbers, ‘Raptor’ might stalk familiar territory, but it’s as good a piece of cup-floweth-o’er trance-pop as he’s put his name to – not to mention the only point on Green Language where he sounds genuinely invigorated. Double points for the flamingoes.

Long before the soaring prog-trap-trance-step Rustie of Glass Swords, there was the Baltimore breaks-cribbing Rustie who released on local up-and-coming DJ Jackmaster’s Dress 2 Sweat. ‘Throw Some Ds’ isn’t the best Rustie track from this period (more on several of them later), but as a peak time singalong it’s really, really hard to beat.

Rustie’s ability to pit the hopelessly cheesy against the staunchly experimental has long been the ace up his sleeve, and few tracks better express this than ‘Bad Science’. On the one hand it’s a shameless rip off of Zombie Nation’s ‘Kernkraft 400’ and on the other, it’s blessed with beats that wouldn’t have sounded out of place on Autechre’s Chiastic Slide.

The highlight of a run of post-‘Spliff Dub’ remixes that also included takes on Pivot and Jamie Lidell, this still makes the club sound like it’s been plunged into the sea.

Few Rustie tracks lurch out of the speaker like this 2008 slab of glossolalic electro. Genuinely sounds like the vinyl is melting mid-track – in Rustie-land, a cardinal virtue.

Rustie at his playful, naive best, from the heady days of Myspace. This is the second time ‘Pikachu’s Cunt’ has been featured on a FACT list – the first, naturally, was on the 100 Greatest Dance Music Track Titles.

‘Jagz the Smack’ might be the tune most of us remember from Rustie’s debut 12”, but ‘Clipper’ is the pro choice, coming across like The Neptunes and Timbland if they’d grown up on a diet of jungle whitelabels and iffy Mitzis. Yeah, it’s that good.

As ecstasy themes go, ’Ultra Thizz’ has to be up there with the best of ‘em, primarily because Rustie nails the all-important glow. It’s the soundtrack to your mind flying into the sunset in 8-bit as your body’s slumped in the corner of a grubby dance tent somewhere in the middle of England.

The highlight of Rustie’s Sunburst EP, there’s plenty to talk about on ‘Beast Nite’ – the live drums that hint at the guitar he’d bring to Glass Swords, for one – but really, it’s all about that lead riff, half way between Ratatat and Altered Beast.

The de facto closer on his breakout 2012 BBC Radio 1 Essential Mix, ‘444sure’ is Rustie’s great drive-into-the-sunset moment – a giddy rush of guitar histrionics, ‘Time After Time’ synths and glitch splatter, all played with heart firmly on sleeve.

The point where all of Glass Swords’ key influence points – prog, Daft Punk, trance, trap and yes, dubstep (listen to that bassline!) – were all brought together as a soaring whole: arguably the climax of an album full of climaxes.

Oh, the heady days of don’t-call-it-wonky – Joker and Rustie trading blows in a sticky swamp of 8-bit bleeps, snaking synthlines and that perfect Busta Rhymes sample.

Possibly Rustie’s most polarizing track, this was the moment where he separated the men from the boys, blending the canned slap bass that you might recognize from episodes of Seinfeld (it’s from the Korg M1, natch) with fat trance synths and vocal snippets that don’t sound a million miles away from the fairy from Ocarina of Time. Brazen, yes, but it’s also bloody brilliant, and proof that while he could have simply slotted together a bunch of synth-driven rap variations, Rustie stuck two fingers up at everyone watching and just did his own thing.

Part of a key run of a singles, along with Ikonika’s ‘Please’ and Darkstar’s ‘Need U’, that didn’t just add diversity and colour to Hyperdub, but to  2007-2008-era dubstep as a whole. Sure, Rustie was never really a dubstep producer, but ‘Spliff Dub’ lit up the dark corners of FWD>> like few other tracks from the period, reminding us that sometimes the hearts are just as important as the headz.

Or, where Rustie finds the drop, loses it and then finds it all over again. ‘Slasherr’ is so massive it’s almost as if Rustie’s just fucking with us, but it works as far more than a parody of recent EDM excesses. It’s about as subtle as a concrete slab to the face, but beneath the lurching, chest-burster of a chorus is a surprisingly brittle and beautiful heart.

You’ve got to throw yourself back to 2007 for this one – Jagz the Smack came out of nowhere to squeals of “it sounds a bit like SND or Opiate producing Lil Jon tracks,” and at the time that was pretty fucking exciting. It was Rustie’s first release and still sounds totally bizarre and brilliant – few debuts hit as hard as this.

Quite simply, the complete Rustie package: the broiling, acid-spitting textures of his 2007-9 releases; the not-cool-is-cool trance motifs of Glass Swords; a featherlight psychedelic coda that shows how lovely Rustie can be when he tries; and, just for kicks, the dummy drop of the decade. Now that’s maximalism.