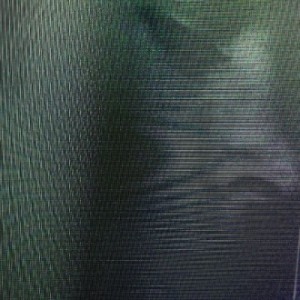 Every few years a genre term like “outsider house” comes along. The person who coins it (in this case Ben UFO, via Juno Plus’ Scott Wilson) regrets it. The musicians to whom it is applied hate it. The commentators deploying it practically smother it with scare quotes. And yet it proves weirdly tenacious, working its way into the far corners of music discourse and coming to summarise a cultural moment even as it misrepresents it.

When Daniel Martin-McCormick launched his Ital project a few years back, he had a different descriptor to contend with. “Hipster house” was more obviously a pejorative, alluding to the perceived dilettantism of the former noise, punk and psych devotees then converting to dance music in droves. But the implications behind the term – that there is an “inside” and an “outside”, an “authentic” culture and “hipster” mimicry of that culture – are much the same. That these claims are shaky is pretty obvious: when somebody starts legislating about who does or does not belong, they invariably reveal more about their own prejudices and assumptions than about the music at hand. But the urge to make these claims – and the phenomenon they (imperfectly) describe – can tell us a lot about dance music in the 2010s.

Firstly about its identity crisis: as new media erode dance music’s established structures and hierarchies, the temptation to police its borders becomes ever stronger. Secondly about its values: stripped of context on sites like YouTube, the material conditions of music’s creation are often obscured – hence proxies for authenticity, like “rawness”, become appealing. And finally, about its changing social formations. Writing on the topic for XLR8R, Steve Kerr conceded that the artists he was grouping together (Anthony Naples, Delroy Edwards, Roche) were unified by little more than “a shared desire to embrace house as a medium for their individuality.” In this world, the idea that dance music is a group effort doesn’t carry a huge amount of weight. Scenes and movements can be difficult to foster on the web; auteurism, on the other hand, is easier to cultivate, and easier to spot.

At the root of all of this is, of course, the internet. The “outsider” phenomenon (those scare quotes again) is not really a coherent movement, nor any one aesthetic. But perhaps it can be understood as a set of symptoms: aberrations and impractical hybrids springing up as a result of dance music’s online growing pains. This might well be the way Ital sees it. Around the time of his 2012 debut LP, Hive Mind, he fretted about the enormous quantity of “environmental, informational, or whatever stuff that we intake that’s toxic, or unknown.” That album and its followup, Dream On, re-imagined techno as Cronenberg-style body horror, its forms distended and surreal, as if it were partway through transforming into who knows what grotesque new being.

The results were headturning but not, in retrospect, hugely convincing. Janus founder Dan DeNorch put it better than I could when he pointed to the rise of “homeless” club music; dance music which is becoming ever “more theoretical. It’s like people could dance to this somewhere.” Martin-McCormick’s music shares with that of many of his peers a kind of ontological vagueness. It’s too wayward to function on most (existent) dancefloors, but makes such strong gestures towards that form that it’s difficult not to digest it as such. Often this can be a source of strength, but sometimes you’re left feeling faintly unsatisfied, as if all of these new ideas don’t quite amount to a functional whole. As with Videodrome’s “new flesh”, it can be difficult to discern the difference between the appendages of the future and strange, redundant mutations.

No longer. The title of Martin-McCormick’s third album might be an acknowledgement of the stalemate in which he found himself, but Endgame is far from a deadlocked record. Instead, it sees Ital finally migrate from the realms of the theoretical into the actual. He does so by embracing convention – specifically, techno of the Berlin or New York school, sleek, linear and thunderous. In the wrong hands the results might be deathly dull – particularly given the record’s hour-plus runtime. But Martin-McCormick tackles the sultry (‘Black Dust’), the bouncy (the aptly titled ‘Dancing’) and the incendiary (‘Whispers In The Dark’, ‘Concussion’) with equal flair, deftly sidestepping numerous techno cliches in the process.

Endgame happens to be the first Ital album made on hardware, but it’s the opposite of a back-to-basics live jam. Where past LPs dabbled in strange fidelities but ultimately felt rather flat, these tracks are rich, hi-def and absorbing in their subtleties. When pungent hihats scythe through the mix partway through ‘Coagulate’, sending weird reverbs flaring out behind them, it’s like we’re hearing Ital’s music in 3D for the first time. Tellingly, the album’s best moments are often understated – as in ‘Beacon’, which spends most of its length in some kind of hi-frequency deadzone, muffled but captivating. Previously, Martin-McCormick has preferred bold forays into the unknown over thoughtful finesse; working with tighter constraints, it’s the smaller gestures that speak loudest.

Often, as in the title track, elements accrue slowly, stacking one atop another in timeworn techno fashion. The contrast with Martin-McCormick’s freewheeling past is stark, but the effect is to make these tracks more, not less, gripping. The most noticeable concession to that past comes in the thick fog of midrange texturing (the album was, we’re told, partly inspired by “recent excursions into psychedelics”). Sometimes it feels like these intoxicating swirls of sound might drift free of their technoid constraints altogether; they never do, and it’s the fierce discipline on display that makes Endgame so satisfying.

That said, Martin-McCormick knows when to let rip too. ‘White II’ might be the album’s gripping apogee – an 8 1/2 minute techno epic, snarling and relentless. Apart from anything else, it’ll probably leave you with a burning desire to hear it blasting across a packed dancefloor at some ungodly hour. Ital has finally found a place to call home, and it suits him very well indeed.