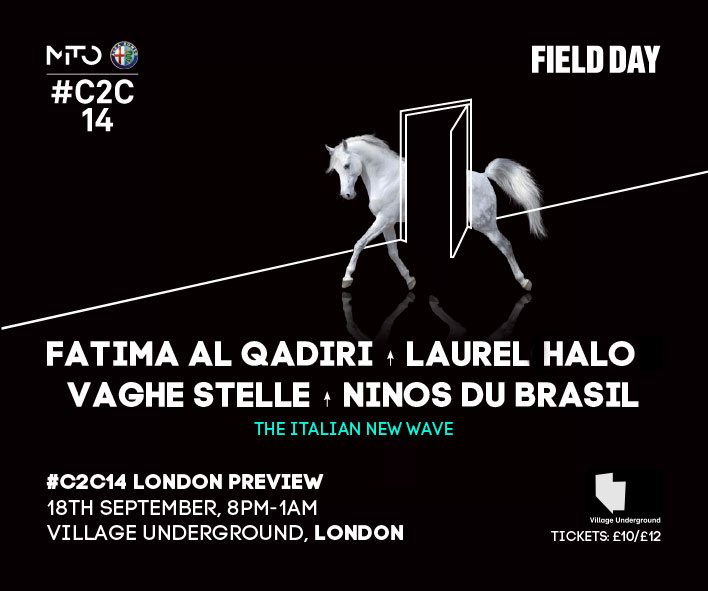 English and Italian festivals team up once more for London showcase.

Turin festival Club to Club and London’s Field Day are once more joining forces to host a Club to Club 2014 preview event at London’s Village Underground this September.

The London preview is ahead of the main Club to Club festival, which is held in Turin and will run from November 5 to 9 this year.